Actor Robert Wagner, the then-husband to Hollywood star Natalie Wood, has been named a “person of interest” in the suspicious drowning death of his wife that occurred nearly four decades ago, investigators said.

Los Angeles County Sheriff’s told "48 Hours” that investigators would like to speak to Wagner about Wood’s mysterious death on Nov. 29, 1981. “48 Hours” interview with L.A. investigators is slated to air Saturday in a special titled “Natalie Wood: Death in Dark Water.”

The coroner hasn’t even ruled the death a homicide but fake news can say he’s considered a suspect.

Natalie Wood was most likely banging Christopher Walken. They all got into a huge fight on the bost while uber drunk. She fell overboard and drowned while everyone was too drunk to rescue her, so they all just kept quiet about it afterwards.

Gee... maybe they should pay the same due diligence to Ted Kennedy and Mary Jo...

Natalie Wood was an accident. Mary Jo was negligent homicide caused by Teddy The Swimmer.

“Natalie Wood was an accident. Mary Jo was negligent homicide caused by Teddy The Swimmer.” 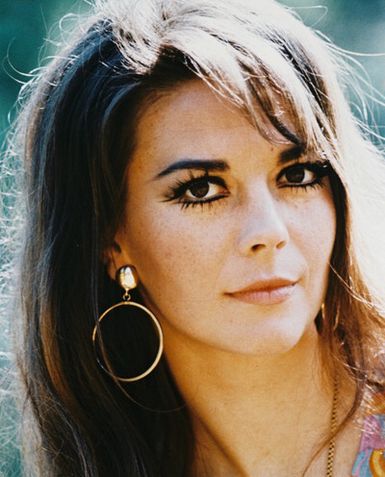 one of the most beautiful women to ever grace the face of this earth-- period.

That was in 1970-1971 when I was out in La La Land and happened to be at a party in Beverly Hills with a screenwriting friend of mine. Cal, my friend, was invited because he knew the host, Joe Pasternak, a film producer and I was the Plus One. Pasternak had been the executive producer of the 1966 film Penelope of which Natalie Wood was the star.

As the evening wore on Cal elbowed me and nodded at a gentleman across the room speaking to a clump of partiers, "That is one lucky guy. He's married to..."

Just then the man, Richard Gregson, stepped aside, revealing his then wife, Natalie Wood, in all her glory.

She was wearing a low cut, clinging black dress and her hair was cut much like the photos above. I was gobsmacked squared. I would have killed ever single man in the room for her and then gone to the electric chair (or gas chamber as that was California's method then) happily grinning back at Natalie's killer smile and twinkling eyes.

I never got to meet her as she and hubby left the party shortly after I saw her, yet to this day, some near 50 years after the fact, a more than substantial portion of my heart still belongs to her after that once and only once glimpse of her in real life.

Now I have heard all the stories of what a wild spirit she was, sleeping with a then in his 40s Nicholas Ray when he was directing her at 15-years of age in 1955's Rebel Without a Cause and other similar tales of her infidelity through the years and just down right "round heeliness" for the hell of it.

She may have been a terrible person but I never knew that for fact. Like that tired old "Print the legend" line from John Ford, I want to believe the vision of loveliness I witnessed was sure and true and what makes my dreams occasionally utterly damn fantastic!

So, Imp, those are my 'Thoguhts?' on this thread.

She was a stunning beauty who serves as a benchmark for feminine pulchritude.

I can’t think of any guy that did not believe that she was the most beautiful woman, ever. Her death was a tragic occasion.

Like a screen door in a hurricane, I would...

Word on the street is that Walken came clean with the Police not long after the drowning.

Walken is a pretty decent man.

There is a web site that is run by an anonymous Hollywood “entertainment lawyer.” He puts up a lot of rumor and “gossip.” He has been writing about the cesspool of Hollywood for a while. He posted this the other day:

This is one of those, “everyone knows, but no one is saying” things.

Yes, this is “people” magazine worthy tripe. It is a guilty pleasure.

I’ve stumbled upon that website a few times. It’s interesting, but who knows how much is true.

OJ Simplson will help them look for the real murderers.

I knew you would have something to say but I didn’t know you almost met her! ;d

Being younger I’m more familiar with her daughter, Natasha.

In Hollywood back in those days, it you were in the business of 'show' or as near as I got, it was hard to swing a dead cat and not come in contact with film & TV celebrities. Kinda like going to Arizona as a ditch digger and never seeing sand--