Today is the forty-first anniversary of the February 11, 1979, Iranian anti-monarchy revolution. Iranians took to the streets 41 years ago with a desire for a better life, freedom, and democracy but their 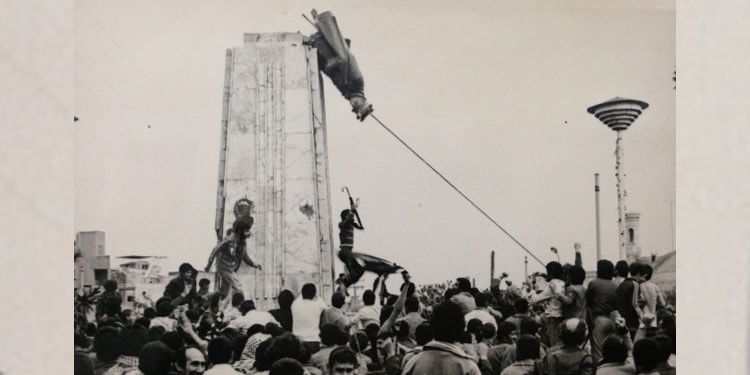 The Iranian people have been held hostage for 41 years. They are now faced with a government whose economy has collapsed, unemployment and poverty and corruption have been institutionalized and its international isolation is widening every day. 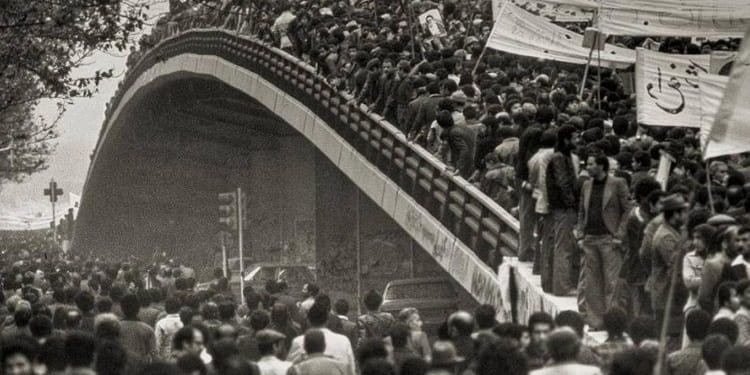 The regime that began by giving the key to paradise to children and promising them heavens to encourage them to go over the minefields in the Iran-Iraq war will have an end no better than its beginning.

In the historical memory of future generations, what remains is that every year's regime exponentially continued with internal repression, executions, torture, and export of terrorism, instability, and insecurity across borders.

The 41st year for this regime becomes a turning point for the world's understanding of the pernicious and destructive force of fundamentalism in Iran, the region, and the world. Widespread protests in 191 cities following the crisis of the gasoline price hike were beginning of the end and took the regime a few steps from its overthrow. But the regime's response to protests was a brutal crackdown. 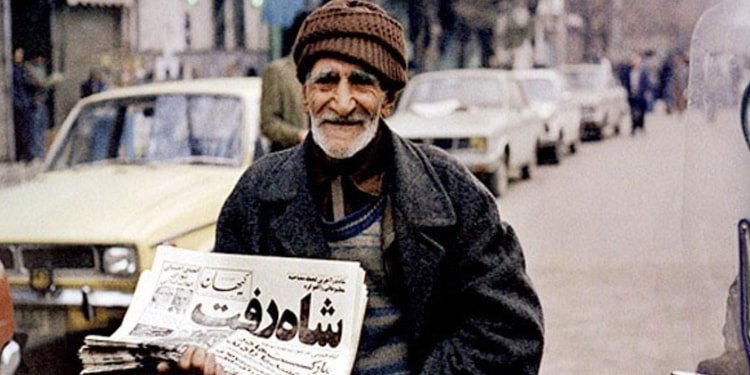 Shah left the country.
No words can describe such cruelty. The regime is drowning in crisis.

The anatomy of lies and transgressions of international law, tyranny, and despotism becomes obvious at its highest point in the downing of the Ukrainian plane.

The 41st year becomes the point of strategic errors by the regime.

The strong winds of opposition to the Iranian regime's intervention and the sweeping of its proxy forces in Syria, Yemen, Iraq, and Lebanon call into question the regime's strategic depth.

Tehran Demonstrators call for the resignation of Khamenei following the admission of shooting down of the Ukrainian airliner, January 12, 2020. YouTube screengrab President Trump said in his annual State of the Union address that in recent months we have seen proud Iranians shouting at their tyrannical rulers. The Iranian government must give up its nuclear weapons ambitions, end terror, stop causing death and destruction. He further described Qassem Suleimani as "the world's top terrorist" and said Qassim Soleimani was the most brutal butcher of the Iranian government, a monster that killed or wounded thousands of US troops in Iraq. As the top terrorist in the world, Soleimani led the deaths of countless men, women, and children. " 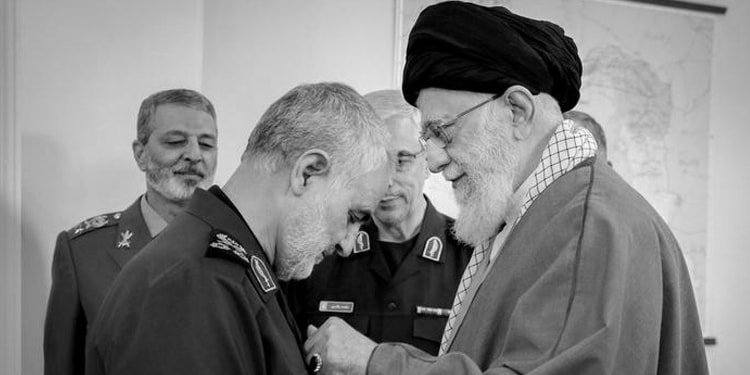 In January 2020 university students took to the streets in Tehran and some other major cities chanting, "Death to Khamenei!" Others loudly condemned the regime for having killed 1,500 protesters in November 2019 protests, Chants continued with cries of, "We neither want the Shah nor the supreme leader; neither bad or worse!" In 41st year, wrestlers, chess champions, judokas, and artists each seek any opportunity to leave the country and seek refuge in another. In the 41st year, Khamenei's leadership is in a fragile state after the November uprising. 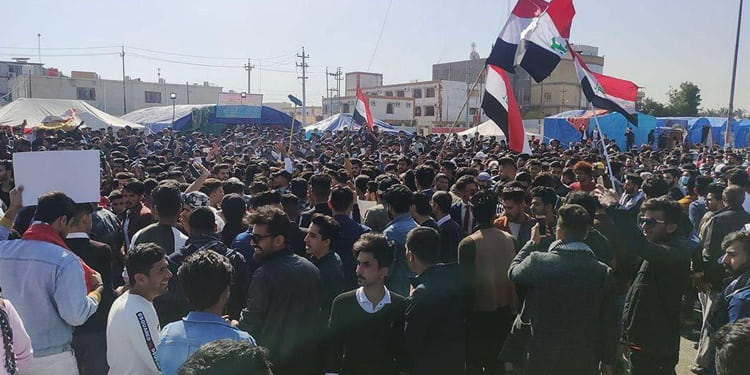 The uprising in Iraq was a major blow to Khamenei's reign in the region. Disclosure of Khamenei's lie on the Ukrainian plane, not surrendering the black box and the student uprising in January 2020 was more fatal blows that weakened Khamenei's status. 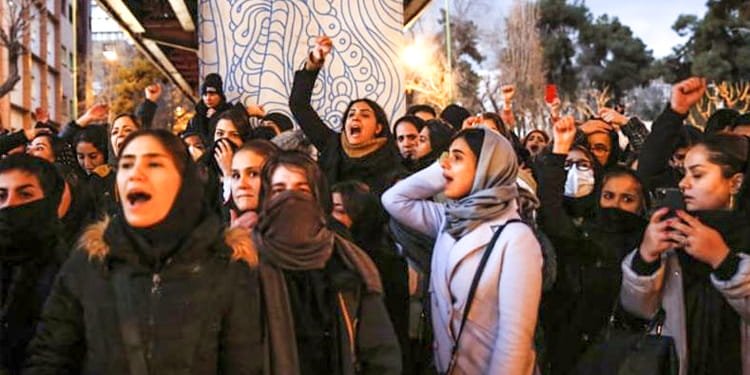 The Iranian people are now optimistic about one thing, and they have no doubt that this situation will further, weaken the regime and cause a great step forward for the people of Iran and its resistance towards the final victory and establishment of peace.

“We neither want the Shah nor the supreme leader; neither bad or worse!”

The motto is: be careful what you wish for, it may be worse than what you had. Sadly I believe it will happen here as well.

Of course they don’t want a Shah. Do you want a King? Iranians aren’t lazy shiftless ignorant Saudis.
They want to go back to the early 50s when they had a new elected government. But that government believed it had a say in its oil. The Brits believed all of Iran’s oil was permanently Brit and only Brit. Any move to own their own resources taken at Brit gun point was labeled communism. So we launched operation Ajax and overthrew the government and installed a monarchy. The nut shocking torturing Shah. The CIA now admits we did this on behalf of England and released the records.

The aren’t aching for a monarch. They want normal sane elected leaders.

Don’t agree with your analysis of the CIA op.

The Shah was good at suppressing muslim crazies - and the percentage of muslim crazies in Iran is high. I don’t know that a democratic form of government would work in present day Iran - even given the fact that Persians are a highly intelligent people group.

7 posted on 02/11/2020 8:26:37 AM PST by TheTimeOfMan (The Eloi unexpectedly protected the Morlocks from rogue Eloi as they themselves prepared to be eaten)
[ Post Reply | Private Reply | To 5 | View Replies]
To: hassan.mahmoud

Sadly, their prospects are not good without a nightmarish right of some kind. Then it’s likely that we will chime in and install yet another government we approve of and because it’s installed, We will carefully make it a somewhat islamic government designed to yet again put the west in charge of their oil and economy. This new globalist project will soon need to repress dissenters and the cycle will continue.

The CIA released all the records. They are online. They fully admit it. Islamists weren’t an issue until we installed a dictator. They were ready for and actually using an elected government that was pretty decent. But the Brits wanted their oil. So we installed a puppet.

Another reason I’m not fond of the Brits. Perfidious bastards.