The farcical hearings yesterday were intentionally conducted on the very day the IG report was released so as to be a shiny object distracting the country from findings of the DOJ Inspector General. To add more farce to the pile today dems are introducing two articles of impeachment, presumably the ones that had the best resonance in focus groups- abuse of power and obstruction of justice.

As Andy McCarthy notes, it is abuse of power and obstruction of justice to investigate democrat corruption:

The public wonders: What’s the rush? After all, Democrats apparently didn’t think the “crisis” was so dire that their Thanksgiving holiday should be postponed. In 11 months, the American people will be able to boot President Trump from office if they believe he is unfit. So why should the political class be permitted to pre-empt voters?

Finally, Democrats have come up with an answer: Trump must be removed, because he is bent on colluding with foreign powers to interfere in our elections; he will do it “again” if he isn’t stripped of power.

“Again,” of course, hearkens back to the Democrats’ Russia “collusion” narrative. They can’t let go of that narrative, notwithstanding the fact that the Mueller probe debunked it. In their revisionist history, Trump’s quip that he hoped Russia would find the 30,000 emails Hillary Clinton destroyed somehow proves the scheme that a score of aggressive prosecutors couldn’t find.

Plainly, Trump was trying to draw attention to his opponent’s misconduct. Indeed, the theory of the investigators and Democrats, for two years running, was that Trump was a hireling of the Kremlin, not that he was giving Putin orders.

The point is this: Democrats regard as impeachable “interference” any effort to investigate or draw attention to their known or suspected misconduct.

Indeed and thus today dems enacted their mission of vengeance on Trump for winning the 2016 election.

Nadler led off the nonsense:

Adam Schiff adds to the lies:

One more time? That presumes Trump cheated in the 2016- which is absolutely a lie.

Back on December 4, Nadler said this

I wonder if they are trying to throw him under the bus, so the Hildebeast van get in there?

On the other hand, you knew whom you had gotten mixed up with! Don't be surprised at anything the Party of Hate and Evil might do! 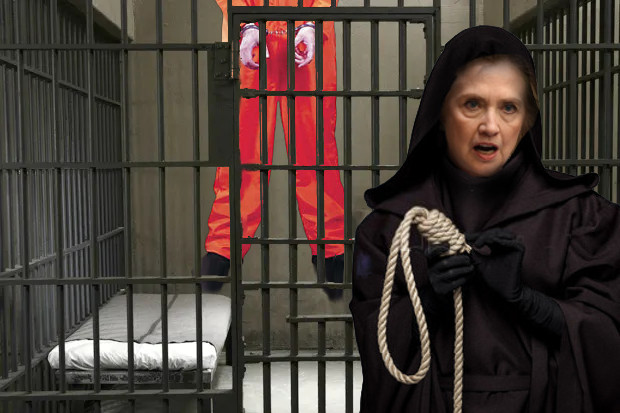 This is why they dropped the bribery charge in the articles. It will be used in the Senate to make testimony from Hunter and Joe Biden irrelevant and thus not explored for the public.

The Senate Republicans have already agreed to this accelerated minimal testimony process to avoid exposing any other money laundering scams that other were running in the Ukraine in addition to the Bidens.

Isn't the above a better explanation for their bizarre antics than merely that "They hate Trump"?

They just want to keep the issue in sight up until the election. They know impeachment will never happen.

Lindsey Graham wants to dispose of this quickly in the Senate because he and some other Republicans stink to high heaven.

The Republic is going to take it up the rear just like it did with the farcical Clinton trial in the Senate.

My contempt for the Republican Party, particularly the Senators, is only a minuscule less than for the Democrats.

“So why should the political class be permitted to pre-empt voters?”

They are backed into a corner:
Trump has clearly shown the voters that Obama/Hillary/Biden policies are bad for jobs and IRA investments.

Another Trump term means:
a. He appoints two maybe three SCOTUS
b. Bankrupt Blue States/Cities will not be bailed out by FEDs like GM was.
c. Healthcare will be made more competitive and cost less showing what a crock 0bama care was.
d. China trade deal will be favorable to US
e. Illegal immigration will cease to be a problem.

can you imagine if it was Trump’s son that was involved with burisma and Trump was running for president against a president Biden? The left would be going absolutely mental- claiming they ‘must investigate for the sake of constitution, sake of national security’ etc- but since the roles are reversed- they attack President Trump for daring to suggest that hunter should have been investigated-

The MSM and the left are scum- through and through scum!


The entire democrat party is a criminal enterprise.

but don't forget the many republicans who have a cushy seat in the club car of the government gravy train.

ALL career politicians are unsavory characters. Many are criminals who should be in prison or exiled.

Ain't that the truth !


ALL career politicians are unsavory characters.