Piscopo, former Saturday Night Live comedian and an Italian-American who regularly talks about his heritage on his radio show, Piscopo In the Morning on 970AM The Answer, asked why Glen Rock "would do something like this?"

"There are these great towns in New Jersey and then they do something like this?" Piscopo said. "You have to be true to your heritage," Piscopo said this morning on his radio program. "Now you're going to take it away. What are these people thinking? Don't tell me, must be the democrats."

I thought Piscopo is a big lib. Must suck when it’s your own ox being gored.

Which Indigenous Peoples we celebrating?

Piscopo has been republican since 2008.

Joe Piscopo needs to run for Governor against that Marxist imbecile Phil “Corslime Junior” Murphy in 2021.

***”There are these great towns in New Jersey and then they do something like this?” Piscopo said***

Is this the same Piscopo who made fun of NJ while on SNL, comparing them to brain damaged people due to all NJ’s pollution?

Having lived in northern New Jersey, working at an office within sight of barren Meadowlands fields with old 55 gallon barrels of unknown origin and contents sticking out of the ground, he sort of had a point. The State has been New York City’s dump and a cesspool of Democrat corruption since the 1930’s.

After that, they started sending their hazardous waste to communities like mine in Indiana.

The toxic waste landfill near where I lived only lasted a few years, but virtually every truck coming in there had NY or NJ plates

I think he’s referring to the ones that used the most grotesque and extreme forms of torture of their captives as an entertainment.

You state a bunch of things that I guess were wrong.

So many here seem to have the need to justify why they couldn’t ####ing defend their own lands or that they lost an invasive war.

How man others have throughout history?!! Thousands?!?!

All the other bull #### about what they were or weren’t doesn’t matter.

They could have all been Mr. Theresa and I wouldn’t give a ####.

Wars are won and lost.

We tried, and failed, to keep our home land of Pennsylvania free from New Jerseyites.

Are you suggesting that there are no Freepers in New Jersey?

In our retirement relocation discussions over the last few years, Pennsylvania never presented itself as an option.

"Thanks. I'll just work out during my down time." 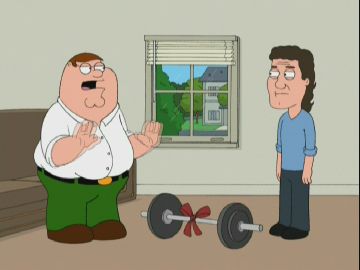 Anyway, good on ya, Joe.

That’s ok. The Irish tried to keep us Italians from Staten Island and lost.