To: Cletus.D.Yokel
"The international airline language used to be French, until circa 1972 (I think)" 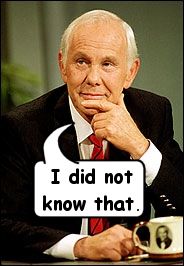 From Wikipedia:
The “mayday” procedure word was originated in 1923, by a senior radio officer at Croydon Airport in London.[2] The officer, Frederick Stanley Mockford[3], was asked to think of a word that would indicate distress and would easily be understood by all pilots and ground staff in an emergency. Since much of the traffic at the time was between Croydon and Le Bourget Airport in Paris, he proposed the expression “mayday” from the French m’aider (’help me’), a shortened form of venez m’aider (’come and help me’).