As part of the media’s hysterical reaction after Justice Anthony Kennedy announced his retirement from the Supreme Court on Wednesday, Time magazine gave ardent feminist Jill Filipovic a platform to warn about the many perils America would face if the Roe v. Wade decision on abortion is overturned.

While acknowledging that the 1973 ruling was based on “women’s constitutional right to privacy” as legal support for an abortion, Filipovic claimed that Kennedy had been “an inconsistent but important bulwark against some of the court’s greater right-wing excesses,” but “American women won’t return to the days of coat hangers and back alleys.”

In just a few years, scores of American women could lose their right to safe, legal abortion.

But once the Senate approves another conservative justice, all bets are off. And the implications will reach much farther than abortion rights.

She then referred to “a set of important decisions that enshrined privacy rights into constitutional law and extended those rights to sex and reproduction.” As a result, the court “held that the Bill of Rights and the Due Process clause of the 14th Amendment implicitly created a ‘zone of privacy.’”

As part of the Roe decision, the feminist claimed, the court “ruled that the fundamental right to privacy encompassed a woman’s right to decide, along with her family and her doctor, whether or not to continue a pregnancy.”

But if that ruling is done away with, she asserted, it could mean that “there is no constitutional right to birth control either.”

“If Trump, the GOP and conservative legal minds succeed, we will be back to the pre-Roe days of patchwork abortion rights across the United States,” when the extreme medical procedure “was largely illegal in the U.S.”

Filipovic also claimed: “Unmarried pregnant women were routinely sent away to give birth and were coerced or sometimes forced into giving up their children for adoption — and then shamed into silence.”

“As the reaction to Kennedy’s firewalling has shown,” she asserted, “the anti-abortion movement is creative and vindictive.”

But if the decision is overturned, the liberal author speculated, “anyone who helps a woman obtain an illegal abortion — including doctors — and even the women themselves may also become subject to punishment.”

Too many women die or are seriously injured from unsafe, usually illegal abortion; annually, there are more than 25 million unsafe abortions around the world, according to the World Health Organization.

Outlawing abortion in much of the U.S. will add to those numbers.

“American women won’t return to the days of coat hangers and back alleys,” she then declared. “Medical technology has progressed significantly, and the medications that induce miscarriage are now, at least in much of the developed world, increasingly accessible.”

“That doesn’t mean the abortion landscape will be safe,” the liberal advocate next claimed. “We know that the legality of abortion doesn’t track with instances of abortion — that is, women have abortions whether it’s legal or not.”

Filipovic continued: “If Roe goes, every woman will hear the message that her body is not her own. That she should feel ashamed for believing that she alone should make this most fundamental, life-altering decision of whether or not to bear a child. That she isn’t a woman making a decision like so many others, but that she is a criminal.”

It’s certainly been a tough week for liberals, what with the Supreme Court’s decision in favor of pro-life pregnancy centers one day and the retirement announcement by Anthony Kennedy the next. Perhaps now they can better appreciate it when the “mainstream media” slam conservatives and Republicans on a regular basis.

Hoping for more Borking, I see.

Sorry guys: the Liar of the Senate has gone to his reward, as the saying goes.

5 posted on 06/29/2018 8:10:08 PM PDT by Olog-hai ("No Republican, no matter how liberal, is going to woo a Democratic vote." -- Ronald Reagan, 1960)
[ Post Reply | Private Reply | To 1 | View Replies]
To: Morgana
“That doesn’t mean the abortion landscape will be safe,” the liberal advocate next claimed. “We know that the legality of abortion doesn’t track with instances of abortion — that is, women have abortions whether it’s legal or not.” We all know that making unsavory activities illegal does not stop them. But it sure does decrease their incidence.

I guess this abortion lover never heard of birth control. It actually has a pretty good record of helping women to avoid pregnancy. (What an idiot. She makes women look bad.)

Abortion is not a form of birth control, there are so many forms of birth control abortion should never be needed. If a girl gets pregnant they can prove who the father is and both should be held responsible for raising the child. Don’t give me the BS about rape that can be handled one case at a time in court.

Whose body gets torn apart in abortion, the babys body or the womans body?

Womens bodies arent having their skulls crushed, being cut up and sucked out and sold for profit by Planned Butcher and Rendering.

No the woman lives through the abortion. The babys body is shredded, not hers.

Assinine to say its her body. Its the childs body.

The Left is going “Oh noes, no more sacrifices to Moloch!” The title of her podcast. I kid you not.

Who ever said the devil has no sense of humor?

AND WORSE THEY’D BE TAUGHT TO BE HONEST PEOPLE !!!! 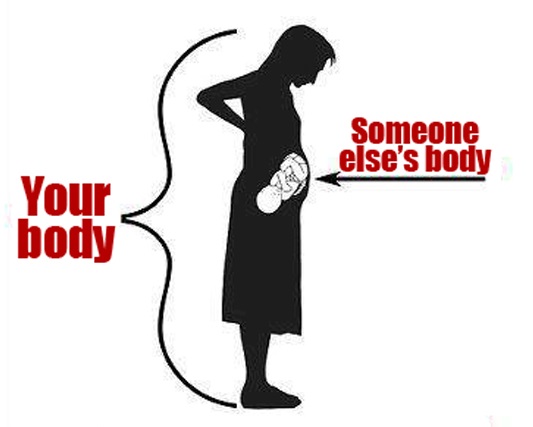