I tend toward thinking that they were confronted with the evidence of their own crimes and turned. Mueller too.

Marine, we had a shared hallucination last nihht that USMC Mueller drafted 17 USMC JAG lawyers to his special council to prepare tribunals at Gitmo. Yes, we were high. Does that scenario sound any kind of possible to you? 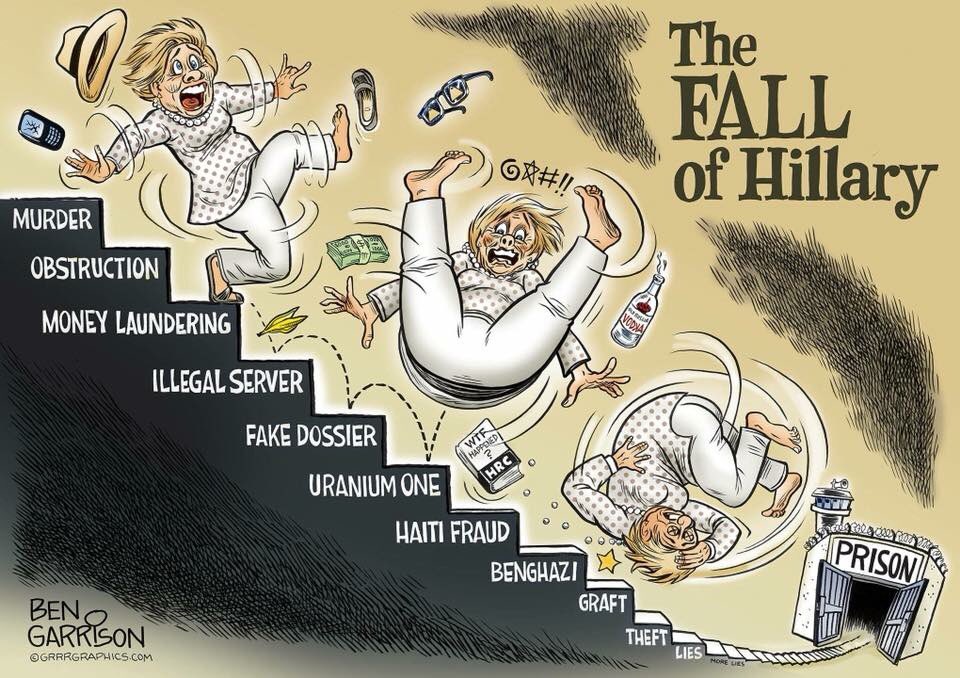 No doubt that blackmail played it’s part. A form of forced labor.

Oddly, McCabe, in the end, didn’t get saved by the dark side and yet he exhibits hope and doubles down and digs in, by boldly blaming the president for all his FBI troubles. The president that the record shows he already hated.

Same with Hillary. Kicked to the curb, she’s on vaca, slandering the president to the New World Order crowd of globalists, in India.

These people are still unafraid, just like a bump in the road. A delay of 4 to 8 years. This is how big the global order is, by now. I don’t believe this ends well... but, I am grateful for the reprieve from the enemy’s activity.