David Maria Jaeger, a native of downtown Tel Aviv who converted to Catholicism, will become a prelate auditors of the Roman Rota, one of the chief papal law courts of the Catholic church.

David Maria Jaeger, a Catholic priest who converted from Judaism, will be installed this morning as a prelate auditor of the Roman Rota, a papal law court that serves as the chief appellate court of the Catholic Church.

Jaeger has come a long way from his youth in downtown Tel Aviv. He attended Bilu Elementary School, at that time a school for Tel Aviv's religious Zionist bourgeoisie, studied at the Zeitlin religious high school and from there, went all the way to the Holy See's highest court.

His sister Leah flew in from Israel yesterday morning for the event, bringing a special sculpture made especially for the new auditor by Menashe Kadishman. The artist hammered out the image of Jesus on the cross, with his head on the upper edge of the cross and his hands bound to its sides.

Attorney Chaim Stanger, a close friend of Jaeger's from their days together at Bilu, was also invited, but will be unable to attend because he has been under house arrest for the last few months.

Jaeger's appointment to the Holy See's highest judicial body - comprising 20 auditors hand-picked by the pope and headed by Dean of the Rota Antoni Stankiewicz - is considered a personal sign of appreciation by the pope for Jaeger's years as legal adviser to the delegation that negotiated the Vatican's Fundamental Agreement with Israel. This pact, signed in 1993, enabled the establishment of diplomatic relations between the parties the following year.

Jaeger, 56, was born in Tel Aviv to Gershon, a legendary history teacher at the Ironi A High School, and Dvora, who........

Congratulations to Fr. Jaeger on his new position.

2 posted on 06/03/2011 9:11:00 AM PDT by Campion ("Fallacies do not cease to be fallacies when they become fashions." -- GKC)
[ Post Reply | Private Reply | To 1 | View Replies]
To: marshmallow; netmilsmom; thefrankbaum; Tax-chick; GregB; saradippity; Berlin_Freeper; Litany; ...
You may recall Jean-Marie Cardinal Lustiger, former Archbishop of Paris, who was also a convert.

At one time, there was talk that he might become the first Jewish Pope. Cardinal Lustiger passed away in 2007, at the age of 80. 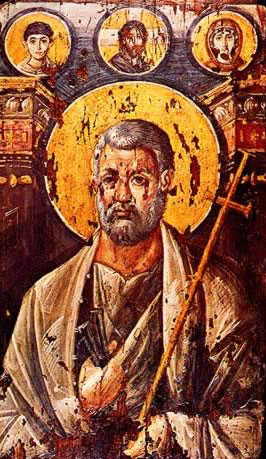 It would be interesting to know what process brought him to Christ and then caused him to become a priest.