Catholic parents are being advised to celebrate Halloween by dressing up their children as popular saints instead of witches and devils.

They should kit out their youngsters to look like St George, St Lucy, St Francis of Assisi or St Mary Magdalene rather than let them wear costumes that celebrate evil or occult figures, according to a campaign endorsed by the Bishops’ Conference of England and Wales.

Nor should pumpkins have menacing or scary faces carved into them, according to a website link provided by the bishops’ conference, but must wear smiley expressions and have crosses cut into the foreheads.

Party games during the October 31 revelries should also have a distinctively Christian theme, parents are told, with musical statues, or chairs, danced to music by “contemporary Christian artists”.

Trick or treat pranks are definitely discouraged, with Catholics advised to light bonfires instead in an attempt to re-brand Halloween as a celebration of the triumph of the forces of light over the forces of darkness.

The suggestions for a Christian-style Halloween end with the idea that children each take a wrapped present from a box plastered with such slogans as “Jesus is our light”, “Jesus is our king”, “Jesus loves me” and “Jesus is the biz!”.

Adults are also being encouraged to place lights in their window “as a sign to passers-by that yours is a Christian household and Christ is your light”.

They are also being asked to wear a white garment as a symbol of their “allegiance to Christ, our light”.

The bishops are launching the campaign in an attempt to reclaim the Christian festival of “All Hallows Eve” that, in their opinion, has become dangerously paganised and heavily commercialised.

They want Christians to understand that Halloween was once the vigil feast of All Saints’ Day, which is celebrated on November 1 and which remains a Holy Day of Obligation.

Bishop Kieran Conry of Arundel and Brighton, chairman of the bishops’ Department for Evangelisation and Catechesis, said: “Halloween is now the biggest commercial festival after Christmas and Easter, and it is time we reminded Christians of what it really is. The celebration of feast days is an important part of our Catholic culture.

“On the evening of October 31 why not do something to make your faith respectfully seen and heard?” he said. “Light a candle or display publicly another kind of light, for example, perhaps alongside an image of Christ.

“This could be a powerful way in which we can show people that we have hope in someone other than ourselves. The light will provoke questions and is a way that people can be signposted to goodness. I encourage everyone to participate.”

It is the first time the bishops have ever endorsed “the Night of Light”, an international campaign to reclaim Halloween that was started in 2001 by Damian Stayne, the founder of Cor et Lumen Christi, a Catholic community.

The initiative has been gaining ground among Christians left uneasy by the emphasis on horror themes in modern Halloween celebrations.

This year it will run in partnership with the bishops’ Home Mission Desk as a way of following up the visit of Pope Benedict XVI to Britain last month.

Among the supporters of the “Night of Light” is Archbishop Vincent Nichols of Westminster.

As Archbishop of Birmingham he complained about the “increasing tendency for the popular mind to make the association between Halloween and secular if not pagan imagery”.

He asked every parish to “think about what it could provide in the late afternoon and evening of Halloween in order to express the life of the Church and indeed in families that this is the beginning of a feast in which we rejoice in the work of God seen in his saints and cause of great inspiration and joy to the world”.

In Portugal, children used to come door knocking on the feast of All Saints (Nov. 1) and shout "bolinhos, bolinhos para todos os santinhos......" (Candy, candy, for all the little saints")

Much less creepy and macabre.

Why not dress them as DEMOCRATS!! Now that’s REALLY scary.

Is the Church okay with the Curious George outfit we bought? Or does that promote Darwinism? What if I say it’s an Obama outfit?

I’m surprised the Bishop didn’t suggest to dress them as altar boys. :)

“Halloween is the one night a year when girls can dress like a total sl_t and no other girls can say anything about it.”

Oh, how the times have changed.

And Catholics wonder why people make fun of them.

All my son has to do in order to BE Bart Simpson is wear an orange shirt, blue shorts, and maybe put a little gel in his hair to make it more spiky...

...but then again, the Church would not approve of that costume, would they?

I never liked the idea of Halloween. We don’t celebrate evil or fear. And I don’t want to teach my kids to be beggars. We always have family night at home on Halloween.

I do. And when my son is older I will let him read Dante’s Inferno. 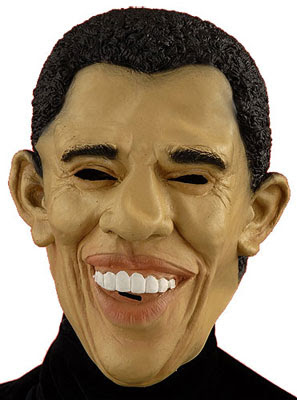 Thanks for the great Halloween costume ideas, Catholic church!

I’ve actually seen a kid go as this one, it’s very creepy in a zombie-like way.

My children’s grade school did this every other year. It was a Catholic school of course. Once my younger son went in jeans and a tshirt. Teacher wanted to give him a demerit, had to be in a costume or uniform. He told her he was dressed as ‘saints unknown’. Principal laughed at that and removed the demerit.

But I thought the point of dressing up in scary supernatural-themed costumes, on the day before All Saints Day, was partly to lampoon evil. “Ha ha, you’re so week compared to almighty God and his Saints!”

I grant you, some people actually DO celebrate evil (in which case I would agree with Mr. Costume Police), but I think the great majority just “laugh at the devil” and that such is harmless, even salutary.

LOL my daughter is way ahead of him, she has already got her Santa Claus outfit ready

Our church has always done this. The priest will call on several children at the children’s Mass that evening to tell about their saint.

So they get catechized about a saint too.

You can’t read our minds, nor can you read the mind of God.

So, why do you judge?