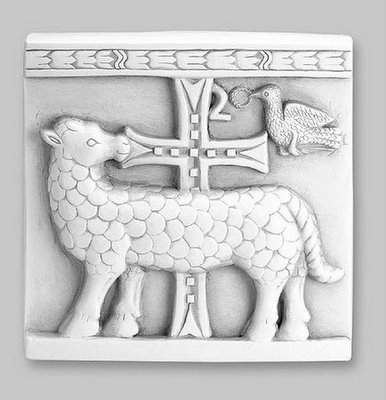 We begin the Pre-Lenten Season today. This may be a confusing time. We use violet, and yet we have not taken the flowers off the altar, and we have not taken the Gloria out of the Liturgy. However, the Penitential season of Lent, which will start on Ash Wednesday (which this year will be on March 1st), is so important that we prepare for it with these next few weeks of the “gesimas.” Sept, Sex and Quint, that is, seven, six and five weeks before Palm Sunday and Holy Week. It seems like the very opposite of the times in which we live, very counter to this era of indulgence, that we take the Penitential season of Lent so seriously that we prepare for it by the Pre-Lenten season. But, we need to see that our sins and weaknesses are to be taken seriously, and what we learn from the parable in the Gospel we have just heard, teaches us that only in this light do the goodness and mercy of God come across to us.

Everyone who has raised children close in age to each other, has experienced the opposite of today’s parable. When the little ones, who have not labored and have earned nothing, are given gifts, sibling rivalry manifests itself at its worst. If one receives a gift and the other does not, or if one child believes the other one has been given a better gift, the slight, the injustice, is immediately decried. The fact is that no gift was deserved; the gifts were given out of the goodness of a father or mother’s heart. But, this is not worth pointing out to the child who thinks that he was “gypped.” He thinks he wants justice; but we know that justice would not exactly be welcomed, at least not in place of kindness.

Here, in the parable, we have a problem that is very much like its opposite, that is, like the scenario I have just described. The laborers who had borne the heat of the day had every reason to expect that their reward would be greater than the late comers. When they saw that those who had worked but one hour were receiving what was, by the standard of that time and place, a full day’s pay, they assumed that the owner of the vineyard was loose with his money, that he paid by a higher standard than was normal, and that they would be paid more. This was only logical, and so it seemed to them, fair.

To bear the heat of the day is to live the way Saint Paul describes. It is to work hard to obtain mastery over oneself, over everything that leads to sin and that slows us down in the race. It is no easy thing. To labor in the vineyard speaks of a life dedicated to God, and of dedication that is tied into a life within the Church that involves the development of the virtues, especially of charity. None of this is to be taken lightly.

However, the parable reminds us that our salvation, wrought for us by Jesus Christ, was not something we earned. Whatever works and goodness we might achieve, the forgiveness of our sins is not earned by our own efforts. Neither can we do those extra meritorious things beyond what God requires. Article 14 speaks to the limits of what we can do:

XIV. Of Works of Supererogation.Voluntary Works besides, over and above, God's Commandments, which they call Works of Supererogation, cannot be taught without arrogancy and impiety: for by them men do declare, that they do not only render unto God as much as they are bound to do, but that they do more for his sake, than of bounden duty is required: whereas Christ saith plainly When ye have done all that are commanded to you, say, We are unprofitable servants.

It is not possible to do works of supererogation. We cannot do what God requires, let alone do more. We are commanded to love God with all of our heart, soul, mind and strength, and our neighbors as ourselves. Even when we have grown in virtues, even if we live the life of holiness as saints, even if we receive signs like the stigmata or visions and revelations of the Lord, our salvation is a gift, and something we cannot obtain by our own efforts. Christ earned it for us and bought us back from sin and death by the full, perfect, sufficient sacrifice, oblation and satisfaction of Himself once offered. We were under sentence of death because of sin, eternal separation from God. The one Who was Himself without sin bore our sins in His own body on the tree of the cross, He made there the Atonement.

Look at the icon on the cover of the bulletin. I have chosen to use this as our symbol because the Name of this church, Atonement Church, speaks of what is pictured there. The Lamb of God is pictured with His cross, upon which he took away the sins of the world and made the atonement, the covering -- the Kippur -- for us. This was not even our idea, let alone our accomplishment. The dove with the olive branch comes from the story of Noah. When Noah left the Ark he made his offering, and God was pleased with the sacrifice and promised not to destroy man from the face of the earth. The symbol is that of reconciliation with God. This reconciliation was made for us by God, by the Person of God the Son in the flesh of His sinless human nature, in the image of our sinful flesh, dying as an offender upon the cross for the sins of the whole world. Pilate wrote the accusation over His head -- Jesus of Nazareth the King of the Jews. But, in his Epistle to the Colossians, Saint Paul tells us that the real accusation over Christ’s head was the entire Law of God. That Law that He alone kept perfectly; and so His death was the death of the just for the unjust, the sinless One for the sinners, the One for the many to make those rendered guilty by one man’s offense, righteous by the perfect obedience of the One, by Christ Who gave Himself up for us with the words, “Not my will, but Thine be done.”

I have said before that without ever hearing the words from a fellow priest, “I absolve thee in the name of the Father, and of the Son and of the Holy Ghost,” I could not go on. And, since I am not being asked to hear many confessions I must assume that I am the worst sinner here. Nonetheless, a good confessor always reminds the penitent that the forgiveness of sins is given because Christ died for us. The act of penance does not earn the forgiveness, and, in fact, penance is done after the Absolution. Rather, penance is meant to strengthen and reinforce repentance and amendment of life, to direct the mind and heart towards God. Do you know why the “Comfortable Words” follow the General Confession and General Absolution in our liturgy? Well, for three reasons:

To make clear that the forgiveness of sins is real
That it is the gift of God to us through Jesus Christ
and as a light and general penance.

Whatever you feel you deserve, we are going to make the Confession of sin in a few minutes. The day’s pay is being given, not because of your labors but because of Christ’s labor on your behalf. And, the gift of Absolution that is given is the same for everyone who believes and with a true heart repents. We are unprofitable servants, and what is given to us is due to His goodness.
TOPICS: Mainline Protestant
KEYWORDS:
1 posted on 02/14/2006 12:34:10 PM PST by sionnsar
[ Post Reply | Private Reply | View Replies]
To: ahadams2; AnalogReigns; Uriah_lost; Condor 63; Fractal Trader; Zero Sum; anselmcantuar; Agrarian; ..

"It is not possible to do works of supererogation. We cannot do what God requires, let alone do more."

In the Orthodox world, often akrevia and economia are talked of as being polar opposites. But this really isn't true, since even the strictest guidelines of prayer, ascetic struggle, and moral behavior leave us far short of the standard of perfection that is indicated by the author's statement that "we are commanded to love God with all of our heart, soul, mind and strength, and our neighbors as ourselves."

On the other hand, Christ's command to "be ye perfect" is not an idle one. We are not the helpless creatures of total depravity that Calvinism describes. We can become saints here on earth, although the vast majority of us will have to wait until the next life to reach the kind of theosis that the great saints achieved here on earth.