Jones was charged with one count each of using a minor for sex acts and possession of child pornography, said District Attorney's spokeswoman Sandi Gibbons. She said the alleged victim was a 17-year-old boy.

Jones could not be reached for comment. There is no listing for him in the Los Angeles area and the Screen Actors Guild did not immediately respond to a request for his agent's number.

A widely recognized character actor, Jones played the music-loving Emperor Joseph II in "Amadeus," the mentalist Criswell in "Ed Wood" and the father in "Beetlejuice."

TOPICS: News/Current Events
KEYWORDS: Navigation: use the links below to view more comments.
first 1-20, 21-40, 41-60, 61-79 next last
I always knew there was something peculiar about this guy.

He really was terrific as Emperor Joseph in "Amadeus" (my all-time fave movie).

Anyhoo, nobody can be happier about this latest "celebrity fall from grace" than Wynona Ryder. 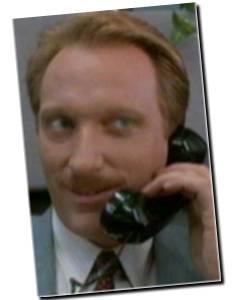 Uh, dude... he played The Devil in the John Ritter movie "Stay Tuned".

I think we have enough leads here that'll lead us to Kevin Bacon!

Notice how many careers went into the tank, thanks to "Beetlejuice"?