How to Beat the Democrats and Other Subversive Ideas
Oregon Magazine ^ | August 28, 2002 | Peggy Whitcomb

"Politics is about winning the war. If you are not focused on winning, you're in the wrong place. Go look for something else to do -- become a preacher or a missionary. Do charity work. Write books. -- David Horowitz, 2002

For David Horowitz, writing books is part of his contribution to the political war for the soul of America. He writes to let Americans know there is a war, who the enemy is, and why we conservatives must change our war strategies....(snip) 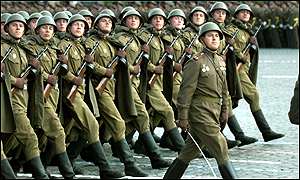 Every liberal is a brutal, violent thug.

See them as they are, not as they wish you to see them.

. . .as to what we can do besides post here; vent etc is to get the word out. . .start copying articles that tell the truth of an issue. . .articles that expose the Dems for what they are; their motives etc. . .keep them handy, share them; leave on the table at Starbucks or in a book, magazine; on a windsheild.

Students going off to college - send them armed with David Horowitz; a subscription to National Review etc. . .et al. . .

To: WaterDragon
I was the author of Post #7 above, which was pulled. It was a complete posting of the article referred to in the first post of this thread.

One dang fine article, and one well worth reading.

As if often the case here at the FreeRublic, I have received no suggestion from the Moderators as to why my post was pulled.

Perhaps it relates to a post by WaterDragon on another thread that she also started, with another excerpt only from the Oregon Magazine, explaining there why she chose to post only a short excerpt rather than the full article. For this see Post #17 of Science and Creation Myth .

WaterDragon makes some good points, which however seem to be at odds with has been the long standing suggestion on the FreeRepublic to post full articles (legal constraints possibly constraining).

8 posted on 09/03/2002 12:38:43 AM PDT by ThePythonicCow
[ Post Reply | Private Reply | To 1 | View Replies]
To: ThePythonicCow
Dear The PythonicCow, and I say 'dear' because I believe you are. Conservatives are to be treasured in this dangerous world.

I asked the moderators to erase the full text of the article that you posted, and made it clear that I did not consider that it was posted by you for any but the best of reasons.

It's true, I've been thinking a lot about the posting of full articles. It is not something I preach to others about when others do post full articles. I'm not a nazi about it. But it's important to me that when I post an excerpt, in respect to the conservative publications who are the sources of the articles, I'd appreciate the same respect fom others to leave just the excerpt. One click gets one into the source.

The danger in having an opinion different from others' is that one can be seen as critical of others just by virtue of having a different opinion. I'm not critical, just a maverick, I guess. I love FR, and the wonderful conservatives here. It's no fun making people mad at me. And it's no fun when my opinions end up making others feel slighted, when that was never the intention.

I apologize to you, ThePythonicCow, if you were offended when the full article you posted here was pulled. I asked that that be done out of respect for a conservative publication.

I don't actually know what the board's official position is. I heard that the moderators might pull a full-article posting if requested.

I was born into a dedicated Democratic family, registered as a Republican when I came of age, and the family (very nicely) prevented me from voting til I moved away. The point is, maybe I was born with a contrary gene or something. I don't understand, regardless of what the custom is, why the resistence to posting excerpts if doing so helps our fellow conservatives?
9 posted on 09/03/2002 1:08:43 AM PDT by WaterDragon
[ Post Reply | Private Reply | To 8 | View Replies]
To: WaterDragon
Thanks for clearing things up, in your latest
post here and in your private freep mail to me.

I'd encourage you to be more direct about your
preference that the full article not be posted,
as part of your initial post. When not doing in
Rome as the Romans do, especially something like
this on which good people can reasonably differ,
best to be up front about it. That reduces the
chances of confusion, misunderstanding and wasted
effort later on.

Keep up the good posts. Thanks.
10 posted on 09/03/2002 11:53:12 AM PDT by ThePythonicCow
[ Post Reply | Private Reply | To 9 | View Replies]
To: WaterDragon; ThePythonicCow
I asked the moderators to erase the full text of the article that you posted, and made it clear that I did not consider that it was posted by you for any but the best of reasons.

Unfortunately, not everyone associated with the article or the magazine in which it appeared is so considerate. As you may know, I was the author of post #2, which also contained the full text of the article. Someone had my post removed and, from the publisher of the Oregon Magazine, I received an extremely rude, accusatory email, in which he insisted I am a thief, among other things.

I responded in telling him that I posted the article -- including all of the imbedded links to his publication -- with only good intentions but, he couldn't care less about my intentions. I was, in his opinion, a thief, an ignorant dork, and a jerk, just for having posted the article and violating his copyright.

Compared to the lambasting I received from the judge, jury, and executioner at the O.M., ThePythonicCow got the red-carpet treatment.

I'd appreciate the same respect fom others to leave just the excerpt. One click gets one into the source.

I'm more than happy to do that, as long as the source doesn't move or disappear altogether. Granted, that is less of a problem with some publications than with others. But, how are we to know, unless the good folks at those publications tell us? Maybe I'm in a small minority here but, I always click through to the original source, just to verify its origins and see if there are any pics with the article. Regardless, none of this matters to the OM publisher. I am not an accomplished journalist; therefore, I am an ignorant dork and a thief.

Do you have some connection to or relationship with the Oregon Magazine? As you might guess, it will forever occupy a special place in my heart. ;-)

As you may know, I was the author of post #2, which also contained the full text of the article.

Aha - as I suspected - post #2 was also a full text. Had I known earlier, I could have saved myself some effort and minor distress.

Your treatment and mine perhaps differed, but less than it seems. I also received separate email (freeper mail), but:

The possibility that WaterDragon has some relationship with the Oregon Magazine crossed my mind as well. Any comments on that, Madam Dragon?
12 posted on 09/03/2002 4:13:07 PM PDT by ThePythonicCow
[ Post Reply | Private Reply | To 11 | View Replies]
To: ThePythonicCow; newgeezer
I am an unpaid, occasional contributer to several small publications, not a professional writer. But I'm as likely to post articles from large publications as from smaller ones. I post what I think will interest other Freepers. And always in excerpts. But I'm more likely to post comments on someone else's posts than I am to post an article myself.

Not "doing in Rome as the Romans do" is a lifelong....failing, perhaps, ThePythonicCow! But never from disrespect for the "Romans!"

Maybe you just caught the editor on a bad day, newgeezer! Happens to the best of us! As for articles disappearing, that's a problem, but less so with smaller pubications, usually. Your habit of checking sources is certainly a good one.

This has been an interesting exercise in genuine conservatism. More likely to happen on Free Republic than anywhere else on the net, I've discovered. Both of you are good examples for us all of gracious conservatism.

But NOT for the lefty Democrats! LOL!

13 posted on 09/03/2002 7:18:55 PM PDT by WaterDragon
[ Post Reply | Private Reply | To 12 | View Replies]
To: cricket
I agree, cricket. I've been reading a lot of Horowitz' books and can hardly believe the tremendous information in them about the left. We really do need to understand this enemy. They really do hate us, as he says, just because we exist.

That part in the review up above where Horowitz compares the left's hatred of conservatives to Lenin's hatred of the kulaks is the scariest thing I've ever read. I read "The Black Book of Communism", and Lenin's treatment of the middle class of Russia was mindlessly brutal and bottomless. Which was strange, because some of them supported the Bolsheviks in the beginning.
14 posted on 09/03/2002 8:24:03 PM PDT by WaterDragon
[ Post Reply | Private Reply | To 6 | View Replies]
To: WaterDragon
Excellent post.
15 posted on 09/03/2002 8:51:55 PM PDT by sweetliberty
[ Post Reply | Private Reply | To 1 | View Replies]
To: ThePythonicCow
Your treatment and mine perhaps differed, but less than it seems. I also received separate email (freeper mail), but: I tend not to mention such w/o permission,

Me, too, definitely. However, in this instance, the intervening circumstances destroyed any semblance of a desire or need to follow protocol.

As for your other points, thanks for the info. This has been a "learning" experience for me, in certain respects. For one thing, I no longer give a whit about whether people post entire articles or excerpts. If ever, it will be a long time before I do my fellow FReepers the favor of re-posting an article for posterity. Instead of doing as the Romans do (did?) here in Rome, I'll just let someone else take that chance. Caveat emptor, folks!

Besides, in the scope of eternity, who cares?! ;-)

Besides, in the scope of eternity, who cares?! ;-)

Reminds me of some license plate like bumper stickers I saw in Colorado a couple decades ago. A bit off topic, but ...

Colorado has license plates that show the outline of a couple green mountain peaks against a white sky back ground. In the late 70's, some bumper stickers started showing up, with the same graphics, and words such as:

After a couple months of this getting to be all the rage, a sticker showed up saying A week later, it was answered with a sticker having a simple cross over the tallest peak, and said: I never saw a new one of those stickers after that.
17 posted on 09/03/2002 10:06:07 PM PDT by ThePythonicCow
[ Post Reply | Private Reply | To 16 | View Replies]
To: WaterDragon
Both of you are good examples for us all of gracious conservatism.

Thank you for saying so. The benefit of the doubt is very much appreciated.

But NOT for the lefty Democrats! LOL!

Again, thank you, WaterDragon. Your kindness is a deep breath of fresh air.