Unique artifacts unearthed this season in Syria will force historians and archaeologists to rewrite the history books, because the traditional view of how civilization developed is looking increasingly wrong.

A cooperative expedition between the University of Chicago and the Syrian Directorate of Antiquities has uncovered the hallmarks of urban life in Syria a little after 4,000 B.C., a time when civilization was thought to be restricted to Mesopotamia. Already during initial excavations in 1999, discoveries at Hamoukar in northeastern Syria began to suggest that the standard view of where and how civilization first came about--in southern Mesopotamia, spreading to neighboring regions--was in need of revision.

Now, additional evidence, discovered this season by University of Chicago archaeologist McGuire Gibson and co-director Amr al-Azm of the Syrian Directorate General of Antiquities, strengthens the case for a different view.

According to traditional scholarship, civilization began in Mesopotamia and came about with the growth of cities and the development of writing. But Al-Azm and Gibson argue that the turning point in the development of civilization was not cities and writing originating in Mesopotamia, as commonly held, but deep changes in social structure that happened in more than one place at once. "Hamoukar," says Al-Azm, "is significant precisely because it may not be unique, but typical of these changes." The new objects found by the joint expedition imply hierarchy, bureaucracy, and even kingship in the early fourth millennium B.C., the earliest clear signs of complex society in ancient Syria.

This season's finds confirm the excavators' initial hypotheses and add new evidence. In completing the third season, the Syrian-American Expedition to Hamoukar further exposed a monumental city wall and unearthed a well-planned and solidly constructed building. These elaborate structures would have been necessary to house complex institutions like bureaucracy, specialized craft production, and centralized government.

A range of new artifacts also points toward social complexity. These artifacts include sharply differentiated sets of stamp seals: small, minimally decorated seals with simple geometric patterns vs. bigger seals with images of animals like lions. The differences between the seals indicate a bureaucracy with low-level functionaries, higher-ups and perhaps a king at the top. They are the clearest signs of complex society that have yet been found at the site. Impressions of cylinder seals, also newly discovered this season, are proof of cultural contact with southern Mesopotamia, which is beginning to look like a sharer of, rather than the only source of, early civilization.

"Although the settlement, at 15 hectares--about 33 acres--is smaller than what scholars usually call a city, it is clearly functioning as a city," said Gibson. "And at this early period the site also lacks writing, but it has signs of accounting, specialization, and government, things we associate with cities. Hamoukar has the appearance of a critical step in the history of civilization."

"Now we can see where it's all leading," said Al-Azm. "We've had Neolithic villages, we've had large cities, but in between we've had a gray area. Now we have a picture of what was in between."

Before work at Hamoukar began, evidence from other sites had already raised suspicions that the growth of civilization was both more diffuse (a multi-centered process, rather than with a single origin) and earlier (beginning before 3500 B.C.) than supposed. Excavations at other fourth millennium sites in Syria (Tell Brak) and Turkey (Arslantepe) provided support, but this year's finds at Hamoukar begin to confirm the case by giving explicit evidence of accounting, hierarchical bureaucracy and cultural contacts, all in a single coherent context.

The city wall, seen only in a small section during the 1999 season, has now been traced to a length of more than 20 meters. The wall dates to some time before 3,500 B.C.--that is, before colonizers from southern Mesopotamia established themselves on the site. During the first season of the expedition, researchers found large, ovoid ovens of a type not normal for private houses, but often associated institutions with a hierarchy of personnel to feed, such as temples or palaces.

Taken together, this season's finds indicate a new degree of complexity. In the digs, a burned building was unearthed that provided a freeze-frame of culture at Hamoukar. Buried under the building's debris were hundreds of artifacts, in place as they had been during the last minutes of the life of the institution. Large storage jars, stone vessels, mortars and pestles, and unusual, possibly ceremonial objects were found in one room. An extraordinary item is a large bone facsimile of a sheathed dagger, which hints at a sophistication in metal-working remarkable for the fourth millennium, when copper and bronze were first being developed. It may have belonged to someone of high status. In the same room, but also in others, there were found more than three hundred pieces of clay that had been used to seal up boxes, bags, baskets, jars, and doors, all indicating a complex administrative structure for the society.

The finding of impressions of cylinder seals--a strictly southern Mesopotamian form--on clay in this building at Hamoukar means that the people here were in contact with the south. In at least two instances, there were both cylinder seal impressions and stamp seal impressions on the same piece of clay, w hich may possibly indicate the actual physical presence of southerners at Hamoukar by this time, and certainly implies close contact. Compared to the stamp seals and impressions found in the earlier season, the ones from the burned building are bigger and more complex, signs of difference between high and low status officials. A black stone stamp seal, in the form of two bears sitting on their haunches and kissing, is a unique item. "To see that these were not friendly teddies," Gibson explained, "you need only look at the stamping surface on the base, where there's a vulture surrounded by human and animal body parts."

Perhaps the most important seal imprinted on clay was a large, rectangular artifact showing a lion biting the leg of a goat, which turns to try to escape. Lions, in later Mesopotamian art, are closely associated with kings, and it is reasonable to assume that the several types of large seals with lion hunts were used by local rulers. An outstanding example of a bone stamp seal, which shows a lion attacking a horned animal, was found in a pit in the oven area behind the burned building.

Gibson describes the cumulative result of this evidence--the administrative artifacts, the institutional-scale ovens, the large, central building, and the city wall: "They show that bureaucracy, accounting, social stratification and possibly the position of kingship all were being created earlier than we thought, at a time before southern colonists arrived to occupy the territory. Clearly, the north was relating to the south as an equal rather than as an undeveloped resource area that was peripheral to a 'civilized' south." This evidence of equality in development implies that there was a long, prior development of complexity, not just in Iraq but also in Syria, and arguably in Turkey and Iran.

This season's work at Hamoukar is beginning to make inescapable the conclusion that cities and the other hallmarks of civilization (stratification, craft specialization, monumental architecture, monumental artwork, government above a tribal level, writing, etc.) were coming into being in a number of places simultaneously in the Near East, not just in southern Mesopotamia. In addition, says Gibson, it tells us something essential about how civilization began: "What all these features have in common, what really makes the difference, is a social organization--an organization beyond kinship ties, beyond tribe or family entities. This is what makes government and civilization possible."

Looks like they missed the exact center on that plate.

Yep. The Mississippi River could one day back up and start going the other way---but it sure would make news!


What I'd like to know is how and why people spoke such complex languages as Sanskrit back then, and they don't now. How is it that civilization advances and language degrades? I'd rather know that, than where Sanskrit arose. Homo sapiens has been around for almost 200,000 years.

You could speculate that urban life has been around a lot longer than 10,000 years. But what would they have left behind that was durable enough for us to find now, and if they did, where would we look?

All the good seaside sites are under water now.

Yup. I think Sundaland would be a good place to look for Atlantis too.

They probably didn't speak it. The grammar and alphabet were formally systematized and regularized; the vocabulary was based on contemporary spoken languages that varied from village to village. Latin is a great language: monstrous and living vocabulary even now, compact, but irregular. They copped their alphabet from the Greek alphabet and a lot of the vocabulary, and the leftover Greek letters were used for numbers--I M V D, etc.

Old U.S. spy satellite images of the Middle East have unearthed a stunning discovery: the world's first city, Tell Brak -- 4,000 years older than the Great Pyramids. From the Series: The Life of Earth: The Age of Humans. Smithsonian Channel is where curiosity lives, inspiration strikes and wonders never cease. This is the place for awe-inspiring stories, powerful documentaries and amazing entertainment. As a joint venture, Smithsonian Channel combines the storytelling prowess of Showtime Networks with the unmatched resources and rich traditions of the Smithsonian Institution. We create award-winning programming that shines new light on popular genres such as: air and space, history, science, nature, and pop culture. 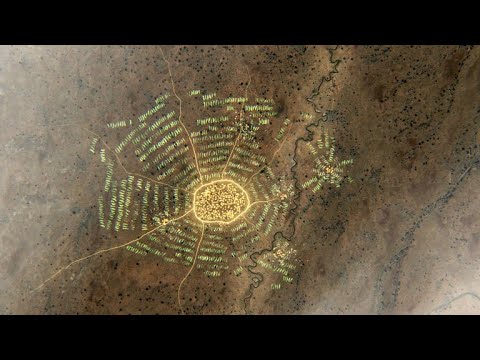 The rest of the Tell Brak keyword, chrono: 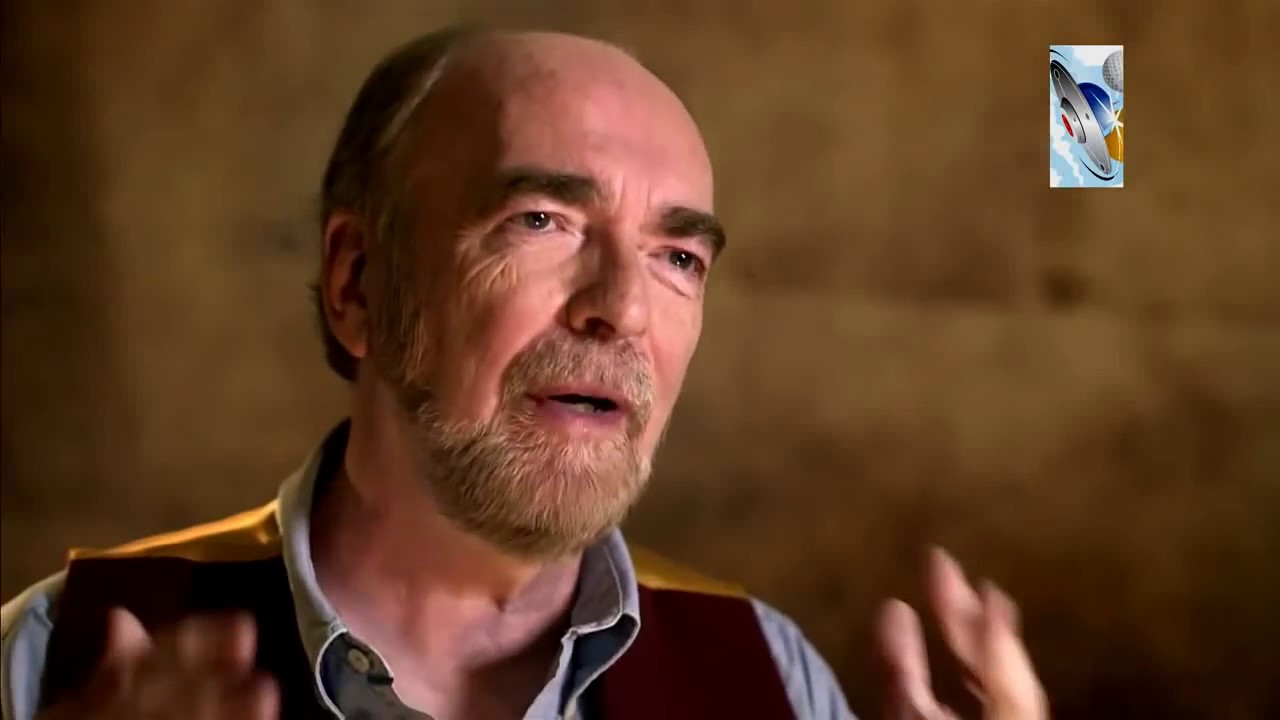