The White House fired back at Trump's impeachers Monday, taking aim at their far-fetched legal arguments and their dishonesty. Trump's lawyers called the Democrats' grounds for impeachment a "made-up theory." They singled out House Intelligence Chairman Adam Schiff for "lying," violating "basic fairness" and "concocting" the whistleblower complaint.

The White House brief is Trump's battle plan for his trial, which begins in earnest Wednesday. The brief also serves as a warning to Democrats that if they succeed in their demand for witnesses, then Schiff will be called to testify about his role in engineering the whistleblower complaint and then denying it, and Joe Biden and his son Hunter will be grilled about their dealings in Ukraine.

Schiff's already playing tricks, excluding the whistleblower's complaint itself from the trial documents, as if the Senators shouldn't probe how this impeachment got started.

Trump's lawyers show the framers intended impeachment only for the most serious crimes. Yet House Democrats are insisting they can impeach a president even "for doing something he's allowed to do," if he's motivated by "private self-interest" rather than the national interest. Such "an amorphous and undefined standard" would make every president a target of impeachment, Trump's lawyers warn. It would spell the end of an independent presidency and the Constitution as we know it.

The pretext for impeachment is Trump's July 25 call with the president of Ukraine, when Trump asked him to "do us a favor" by investigating rumors of corruption involving Joe Biden's dealings there as vice president.

The Dems' articles of impeachment accuse Trump of withholding military aid to pressure Ukraine and benefit himself politically. But Trump's lawyers show there's no evidence of that. And, they ask, why should Biden be inoculated from investigations just because he's running for president? In dealing with Ukraine, asking about corruption is legitimate.

Biden was the Obama administration's point person on Ukraine. His son Hunter Biden, with no energy expertise, held a fat cat board position with a Ukrainian gas company thought to be under investigation. In 2018, Joe Biden bragged that he got the prosecutor fired by threatening to withhold $1 billion in U.S. loan guarantees.

Back then, The New York Times cautioned that Vice President Biden's anti-corruption message "may have been undermined" by Hunter's lucrative arrangement. The Washington Post said it looked, "nepotistic at best, nefarious at worst." Now, these papers call these concerns "discredited."

Like every report Democrats have produced to justify impeaching Trump, their trial plan released Saturday insists "there is no evidence that Vice President Biden acted improperly." No evidence because no one has looked.

Until now. White House lawyers are asking whether Biden "possibly used a billion dollars in U.S. loan guarantees to force the dismissal of a prosecutor."

Monday, the Biden campaign issued a demand that "any media organization referencing" claims that Biden engaged in wrongdoing in Ukraine "must state clearly and unambiguously that they have been discredited and debunked." Sorry, but they haven't.

The Biden campaign is getting nervous. The Senate trial could uncover damaging truths.

Schiff is pushing for a new witness, Lev Parnas, a U.S. citizen born in Ukraine, who brags about his ties to Trump. How did Parnas get to Schiff? Parnas has been indicted for violating federal election law and faces jail time if convicted. In a bid for leniency, Parnas is cooperating with House Democrats, according to his lawyer. He's singing whatever they want to hear. On the Rachel Maddow show last week, he said, "I don't think Vice President Biden did anything wrong."

Why should senators believe that? In September, before he was under pressure to save his own neck, Parnas told the Miami Herald that "Ukraine's government has information on alleged wrongdoing by the Bidens."

Biden's conduct in Ukraine raises questions. What's wrong with investigating? That's the point, say Trump's lawyers. Asking for an investigation is not an impeachable offense.

schiff is such perfect liar that he could
be caught on film raping a dead black boy
and still WALK.

Apparently there are enough “Republicans” who really, REALLY want to see “the evidence” that finally, FINALLY might nail Trump.

Schiff should be indicted on first degree murder for boring the.country to death. What a gaseous windbag.

5 posted on 01/22/2020 5:51:06 AM PST by AndyJackson
[ Post Reply | Private Reply | To 3 | View Replies]
To: AndyJackson
Schiff should be indicted on first degree murder for boring the.country to death. What a gaseous windbag.

“They singled out House Intelligence Chairman Adam Schiff for “lying,” “

Gee. In a government court proceeding, isn’t that prosecutable perjury?

A Lieutenant General I’m aware of is currently almost broke and facing imprisonment because a couple of now discredited FBI agents said his story to them on a couple of occasions didn’t match.

Apparently they are part of a regal aristocracy which is in fact divine. Apparently Mr. Schiff is also a Divine Creature - He Whose Lies are privileged and beyond reproach.

When will Mr. Chief Justice Nowhere Man Roberts initiate a proceeding against him?

Never, of course, because he is a fellow Divinity.

First of all, it’s not a “made-up theory,” it is a carefully created, contrived set of circumstances intended to make the president “look” guilty of that innocuous “something”. Clearly, the intent is to weaken the president, secure the votes of the ultra left-wing Democrat base and threaten vulnerable pseudo-Republican senators in the hope of winning the Senate.

The “overwhelming evidence” presented yesterday was truly overwhelming, but was empty of evidence of any high crime or misdemeanor. All that was presented was an enormous volume of gossip, innuendo, and flawed logic. We’re supposed to believe that somewhere in that mountain of manure laid before us is some actual evidence. What is it?

Presidents Obama, Clinton, Carter, Kennedy, Truman, FDR, and certainly each of the impeachment managers could have been “impeached” by those standards, many times over. An enormous pile of irrelevance, matched to a bar for impeachment set so low, it’s subterranean.

Yeah. There’s going to be a lot of stupid people who vote Democrat that are pissed that their Jerry Springer show is being preempted by something they would never understand in a million years. 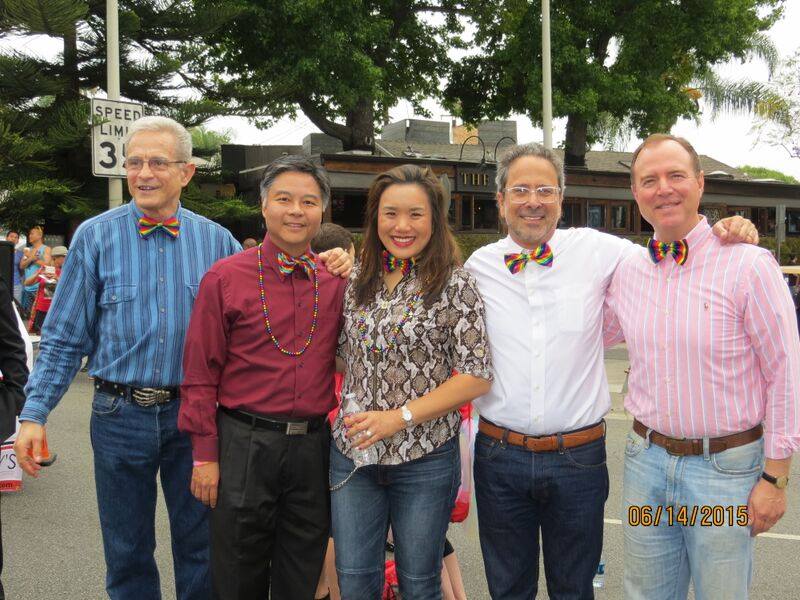 This story is THE story, but sadly, you’ll never see or hear it in the DNCMedia.

They’ll tell you how powerful the House Managers were, and how clever all Schumer’s resolutions and amendments were.

What genius decided that the managers should present their tedious arguments for Chuckie’s tedious amendments using power point. No serious person uses power point to make an argument. For the sake of God!

I recognize Ed Buck and Ted Lieu. Who’s the guy next to Shiff-ty?

My wife had a daytime talk show on TV this morning. The hosts asked if anyone in the audience watched any of the impeachment yesterday.

Not one audience member had done so. Not one.

I recognize Ed Buck and Ted Lieu. Who’s the guy next to Shiff-ty?

Sorry about the double post after your reply. Oopsie.