Syrian Christians in north-eastern Syria (who claim persecution by our Kurdish “allies”) sure as heck do not want Saudi Barbarians occupying them. Nor would I.

One more thing. Turks would go through Saudis like crap through a goose (as General Patton once said).

Good point! I am worried about the Kurds. They are worthwhile allies and decent people.

they punch way above their weight, and don’t seek publicity

Don't forget NATO partner also...Article 5 and all that.

Saudi Arabia will add nothing of value there, hopefully the Syrian Army will be able to knock them down..

Anyway, the Saudis haven’t even been able to beat down Yemen.

The hand off! Smooth and force full.

We have people in the republican party that want to cut all ties with Saudi Arabia they are sending troops to defend the Kurds since we will be pulling out. Maybe Graham Marco, Banks want us to stay there . How about this I will agree with that when i see these people put on a 60lb pack and pick up a M4 and lead the charge. It is easy to say lets keep them there when you ass in not on the line. Yet lets throw MbS under the bus for some Islamist radical so-called journalist. 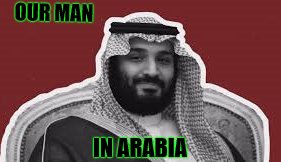 There is activity on two fronts. We have stated that we are pulling our troops from Syria, to wit, the Middle Euphrates River valley and the Deir Ez-Zor borderland with Iraq. Second, the Turks are threatening Kurdish occupation of the far northeasternmost province of Syria. This salient (it is like a finger sticking out on land west of the Tigris River) is home to a predominant Kurdish population. It is protected by the US whose presence in Iraqi Kurdistan has passed without notice. In this region, Turkish threats not only threaten Kurdish occupation (a fait accompli), but direct conflict with US forces.
Sooner or later Turkey and the US will come to blows. Count on it.

33 posted on 12/21/2018 5:45:16 PM PST by Bookshelf
[ Post Reply | Private Reply | To 27 | View Replies]
To: bobsunshine
Most people are unaware of the situation of jockeying for power in the Middle East. There are several interests competing for overall power over the Persian Gulf, independent former Soviet states, control of the Muslim "holy sites" and for some, the destruction of Israel.

The main power brokers are Iran, Turkey, and the Saudis - who are tacitly allied with Israel. Turkey has been maneuvering with Iran for influence over Turkmenistan, Tajikistan, Kirghizstan, and Uzbekistan - and going along with Iran in suppressing the Kurds since the Kurds are located in both countries. Basically, whomever gains control, controls the Islamic world.

The reason the Turks exposed their espionage capabilities by skylining the Kashoggi murder was to diminish Saudi power and to elevate their own. We are closely tied to the Saudi-Jordanian-Israeli- Gulf State alliance and therefore aligned against both Iran and now, Turkey. Syria is only important to us because of its ties and assistance to Iran - and its links to Russia.

You do know they are fighting the Iranians in Yemen, don’t you

-——That Regional Ally is trying to establish a Sunni dictatorship———

Maybe you have not noticed, but a dictator is the only way the run these ME countries...

You didn’t expect a democracy, did you ?

THis would have never happened without Trump making the decision he did.

What do they punish corporals? I can understand an E-1 or E-2, but c’mon!