During a press conference on Monday, Gov. Nikki Haley will ask that the Confederate flag on the grounds of South Carolina's capitol be removed, according to the Post and Courier. The move from the popular governor (reelected last year by 15 points and with 79 percent approval last April) will almost certainly help encourage the state legislature to vote for removal. As it stands, the legislature needs a two-thirds vote to make that happen -- a high bar.

221 posted on 06/23/2015 9:52:23 AM PDT by NKP_Vet
[ Post Reply | Private Reply | To 206 | View Replies]
To: itsahoot
Governor Wallace was an archetype for conservatives to the present day: defiant rhetoric, then surrender when the Feds assert their authority. Should the Supreme Court decide in favor of same-sex “marriage”, I am afraid we will see the same thing. Even in Texas and Oklahoma.
222 posted on 06/23/2015 9:57:24 AM PDT by Wallace T.
[ Post Reply | Private Reply | To 219 | View Replies]
To: rustbucket; StoneWall Brigade; DoodleDawg
Thanks Rusty for clarifying that. That said, I am unpersuaded that Lincoln's attitudes toward negroes weren't mainstream for the era. I suppose that I could provide quotations from various and sundry individuals of the era to pose a contrast/comparison but that probably would be persuasive either. What did blacks of the era think of Lincoln's "racism"? I'll leave you with this...

I shall never forget my first interview with this great man. I was accompanied to the executive mansion and introduced to President Lincoln by Senator [Samuel] Pomeroy. The room in which he received visitors was the one now used by the President's secretaries. I entered it with a moderate estimate of my own consequence, and yet there was to talk with, and even to advise, the head man of a great nation. Happily for me, there was no vain pomp and ceremony about him. I was never more quickly or more completely put at ease in the presence of a great man, than in that of Abraham Lincoln. He was seated, when I entered, in a low arm chair, with his feet extended to the floor, surrounded by a large number of documents, and several busy secretaries. The room bore the marks of business, and the persons in it, the president included, appeared to be much overworked and tired. Long lines of care were already deeply written on Mr. Lincoln's brow, and his strong face, full of earnestness, lighted up as soon as my name was mentioned. As I approached and was introduced to him, he rose and extended his hand, and bade me welcome. I at once felt myself in the present of an honest man â€” on whom I could love, honor and trust without reserve or doubt. Proceeding to tell him who I was, and what I was doing, he promptly, but kindly, stopped me, saying, 'I know who you are, Mr. Douglass; Mr. Seward has told me all about you. Sit down. I am glad to see you.' I then told him the object of my visit; that I was assisting to raise colored troops; that several months before I had been very successful in getting men to enlist, but now it was not easy to induce the colored me to enter the service, because there was a feeling among them that the government did not deal fairly with them in several respects. Mr. Lincoln asked me to state particulars. I replied that there were three particulars which I wished to bring to his attention. First that colored soldiers ought to receive the same wages as those paid to white soldiers. Second, that colored soldiers ought to receive the same protection when taken prisoners, and be exchanged as readily, and on the same terms, as any other prisoners, and if Jefferson Davis should shoot or hang colored soldiers in cold blood, the United States government should retaliate in kind and degree without dely upon Confederate prisoners in its hands. Third, when colored soldiers, seeking the 'bauble-reputation at the cannon's mouth,' performed great and uncommon service on the battlefield, they should be rewarded by distinction and promotion, precisely as white soldiers are rewarded for like services.

I still have hope for Oklahoma but you likely are right. Conservatism in Texas only exists outside Dallas, Houston, Fort Worth and San Antonio. Soon those metropolitian areas will outnumber the rural conservatives the it is lights out.

I am currently located in Oregon a truly pioneer culture dominated by two cities. They just passed legislation to make it illegal for individuals to buy sell or trade a gun to anyone without a background check. They still have must issue CC and open carry but look for the attacks to gain momentum.

Texas just passed Open Carry a week or so ago.

I suspect these new trade bills will have some gun restrictions built in as well.

“Meaning....if everyone like you demands 100% perfection in a conservative office holder or candidate, we’re ALL gonna be without a country.”

Excellent post. I don’t want to be without a country, however every day we lose another little piece of it. It’s got to stop, one way or the other. People had better wise up when they get in the voting booth in 2016. Choose wisely folks.

Disrespect of Southern/American heritage is expected from Nimrata Nikki Randhawa Haley, a.k.a. Nikki Haley, a child of Indian Sikh parents.

What the hey are you going on about? I can’t decipher what it is you’re referring to. There are a lot of jackasses about ... so help a Barbie gal out by telling me who/what has your cowboy boots all a twitter.

I wonder if all these confederate bashers know the old ga flag flies over the fr ga page? Wonder if they will protest Jim over that?

Liberals are narrow minded robots. I expect they will.

This is why I have trouble with Cruz. I like him but in the end race trumps all, except for whites. We are not allowed to go there.

I couldn’t care less what you think of someone that disrespects the heritage of this country all your vain attempt at “fairness”.

You and your ilk are the new low, supporting the disrespect of half this nation. Good little liberals you are because someone in your political party did the act. That’s right, liberals.

I never saw you say a single thing about the exact comments made of Obama. We all said he was a Kenyan and knew nothing of America, and you gladly went along because he was not eGOP.

New low? Welcome to your own OLD club, prissy.

So we don’t like Gov Haley now ... cuz she’s brown or what? She has seemed like a good conservative Governor and has had strong approval ratings from the South Carolina voters.

What am I missing?

Obviously this heritage thing went right over your head. You went full retard on thinking it was racism.

236 posted on 06/23/2015 1:44:52 PM PDT by CodeToad (Islam should be outlawed and treated as a criminal enterprise!)
[ Post Reply | Private Reply | To 235 | View Replies]
To: CodeToad; flaglady47
OMG, after 17 years of my being a highly-involved member of this board, someone has finally outed me as a liberal and (gasp), a GOP-e. You should get some kind of award. Toad, for super-sleuthing and super-name calling....including your disgusting slur against Governor Haley, one of our own.

Even the conservative pundits today were praising the Governor for pulling the issue right out from under the racists leaving them fighting air. They pointed out it was a Demonrat governor that put the flag up years ago, and now a Republican governor has recommended it come down, hah.

I don't agree with the flag coming down through PC pressure, and she probably doesn't either, but it was going to come down anyhow via action from the state legislature....so it was a smart political move on her part and her GOP advisors to get out in front of the inevitable and co-opt the issue from the Dems, Hillary, the racists and the drooling liberal media.

The eGOP is nothing but liberalism.

I'd buy you this but I'm afraid you'd wear it to the mall. 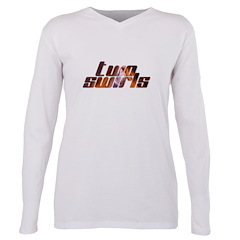 Grand Old Partisan did that little trick too Rockrr it’s not gonna work.