You’ve heard of Ready for Hillary, but now there’s Ready for Warren.

Sen. Elizabeth Warren, D-Mass., has said over and over that she will not run for president in 2016, but that isn’t stopping her fans from encouraging her to run.

A group of activists has launched the Ready for Warren campaign, asking people to sign a petition urging the Massachusetts Democrat to pursue a presidential bid. “We are Ready for Elizabeth Warren to run for President in 2016,” a statement on the website reads. “Warren is the backbone that the Democratic Party too often forgets it needs. Warren has inspired a movement — yet to jump into the race for president, we need to show Warren that she’s got support all across the country, from Oklahoma to Massachusetts, from Florida to Nevada. We know that Warren can win, but it’s up to all of us to make it happen.”

I’ve heard that there are big numbers of Democrats who are not in love with the Clintons, and don’t want to see the Clintons run again.

Frankly, some liberals don’t think the Clintons are liberal enough for them.

Some also see Hillary as blocking other presidential contenders for the next 10 years. Reason being, if HIllary runs and wins in 2016, then she runs for re-election in 2020. That means that the next time the Democrat nomination would be open would be in 2024, ten years from now, if Hillary runs in 2016. And some liberals don’t want to see that happen.

Some liberals think that the Clintons would not continue the liberal policies of Obama, and will not build upon them. Bottom line, the Clintons just aren’t liberal and radical enough to suit them. The Democrats have become increasingly left wing in recent decades. Hillary may not do it for them the way an Elizabeth Warren will make Chris Mathews tingle.

This lying, no good bitch is a millionaire who’s popular with half this nation.

Think about that while you’re job hunting. :)

I'd move to Cuba. What difference at that point would it make?

This is what made my Aunt leave the Democrap party, all the party pushes now are far left loons. Hopefully other life long Democraps are getting wise as well but she’s in her 70s though and remembers when Democraps use to be middle of the road. For the younger Democraps though, they don’t remember that and that may be a problem. For them, supporting terror, treason and communism seems perfectly normal.

"Ready for Warren" = "Freaks for Fauxcahontas"

Warren is an air head sock puppet of the financial oligarchy. How conservatives can take her seriously is beyond me. Ben Carson, period.

A few months ago I suggested the Warren/Castro ticket to a group of commies.
They all agreed it would be an unbeatable combination.

They've donned their war paint, have they?

If that ever happened and they won, absolutely no doubt whatsoever we would have a Civil war. It would be impossible to avoid, it’s either that or people lose everything and I for one do not want to live in the street picking through garbage.

RE: Warren is an air head sock puppet of the financial oligarchy. How conservatives can take her seriously is beyond me.

It isn’t conservatives in this country that are the problem... consider this — Nearly HALF of this country is dependent on welfare and we might already have crossed the 50% threshold.

THESE are the people who will be attracted to Warren’s message.

Frankly, some liberals don’t think the Clintons are liberal enough for them.

I don't think it is the fact that the Clintons are not liberal enough. They bring a lot of baggage, and seem obsessed with power. The dems love a winner though, and will support her if they think she's the only chance for a winner, even if they find her off-putting. I think 2016 will shape up like 2008. Hillary will look like the shoo-in early on. Someone else will give it a shot. If it looks like he or she has a chance of beating Hillary, then a lot of 'rats will jump ship and follow the challenger. If the challenger can't show enough promise, they'll stick with Hillary.

RE: Where have we seen this before? A nutty liberal professor, with no credentials or accomplishments to qualify for the highest office in the land,

Voters now want America to be the land of firsts...

The First black President in the Western World.

The First WOMAN President of the Untied States

The first Native American Indian President of the United States.

What’s not to boast about? 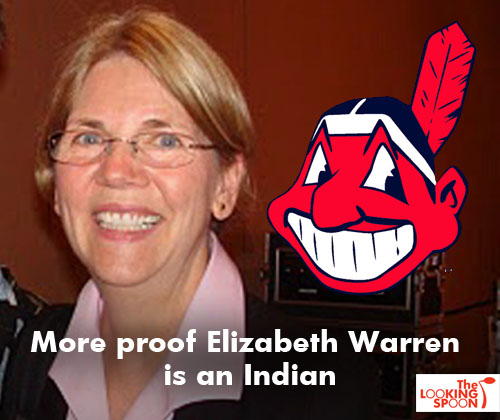 Hillary will drop out citing “health issues” and will endorse Warren. Hillary Clinton had a stroke and her health is worse than the media lets on. Also, this gives her a chance to pad her retirement account with “speaking fees” and other forms of money laundering that go into her “charity”. Just watch.