Attorney Yoram Sheftel called US Secretary of State John Kerry “the enemy” of Israel in a weekly interview with Arutz Sheva on Saturday night, relating to the clash last week between Defense Minister Moshe Ya’alon and the US State Department.

“Even if Ya’alon did not do anything else in his life but say what he did, we will remember him for generations to come,” Sheftel stated. […]

On Saturday night, Sheftel also said to Arutz Sheva that Israel is not conducting talks with the Palestinian Authority, but with the Americans, who are working on behalf of the Arab world.

“They want to give the Land of Israel over to the enemy, they want us to withdraw from our communities [in Judea and Samaria] and from the Jordan Valley, they want us to retreat to ‘1967 lines,’ and give us security arrangements that don’t provide security,” he continued. “These are the Arab world’s stances on the issues, as presented by Kerry—making him into an enemy, as he represents the very people who want to destroy us.” …

No argument from me.

And today we’re beset with lots of false messiahs, even in Christianity; Jesus foretold that too in Matthew’s gospel (24:24). So nobody’s really guiltless there.

There will be two prominent anti-Messiahs manifesting at the time of Christ’s coming: the Beast and the False Prophet.

To: F15Eagle
Same word, since Greek Khristos = Hebrew Moshiach and “Messias” is a Greek transliteration of Moshiach. It is still poignant that antikhristos does not appear in the book of Revelation, though.
25 posted on 01/18/2014 3:01:15 PM PST by Olog-hai
[ Post Reply | Private Reply | To 24 | View Replies]
To: Olog-hai

No. The USA isn’t part of the empires in Nebuchadnezzar’s vision.

28 posted on 01/18/2014 3:04:56 PM PST by onedoug
[ Post Reply | Private Reply | To 1 | View Replies]
To: GreyFriar
That is what I always called him. Now Kerry is the Messiah, too? Incidentally, members of my tribe voted for Kerry more than they voted for Obama. I was one of the exceptions (I never voted for a Democrat for President, starting with the Ford/Carter race). Incredible. I think Norman Podhoretz's book, Why Jews are Liberal, helps explain it.
29 posted on 01/18/2014 3:05:27 PM PST by Stepan12
[ Post Reply | Private Reply | To 9 | View Replies]
Comment #30 Removed by Moderator
Comment #31 Removed by Moderator

To: Olog-hai
Israel : "Mr. Kerry, when is this going to help the relationship with Palestine?!?" 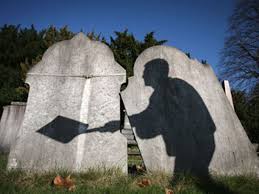 Many vets I know also consider Kerry “the enemy.”

Kerry’s is a tale told by an idiot, full of sound and lying pomp, signifying a life of useless energy spent.

Yeah, but does he deserve a combination of Shakespeare, Goethe and the Moody Blues to sing him to his rest?

“Does he mean the Saudis or the O admin?”

Both! We would be infinitely better off today if somehow Kerry had sustained more than a hangnail in Vietnam. Words cannot convey my disgust for this POS!

The best antidote to a world of lies is a bit of truth. It’s what a little flashlight can do in a pitch dark room. Turn it on and you will find your way.

Yaalon said what any Israeli with ‘skin in the game’ understands viscerally.

The 67 borders are in no uncertain terms what the late Abba Eban (no right winger by any stretch) called the Auschwitz borders.

It’s as simple as that ... It can’t be done without creating a festering and ever present danger to Israel’s very heart.

No deal is possible until Israel’s enemies have a chanhge of heart or evolve from a 7th century mentality.

Short of this all else .. All the ‘diplomacy’ etc is pure nonsense.

Kerry is a complete dumb@ss, totally out of his league.