Massive inbreeding within the Muslim culture during the last 1.400 years may have done catastrophic damage to their gene pool. The consequences of intermarriage between first cousins often have serious impact on the offspring’s intelligence, sanity, health and on their surroundings

The most famous example of inbreeding is in ancient Egypt, where several Pharaonic dynasties collapsed after a couple of hundred years. In order to keep wealth and power within the family, the Pharaohs often married their own sister or half-sister and after a handful of generations the offspring were mentally and physically unfit to rule.

Another historical example is the royal houses of Europe where royal families often married among each other because tradition did not allow them to marry people of non-royal class.

The high amount of mentally retarded and handicapped royalties throughout European history shows the unhealthy consequences of this practice. Luckily, the royal families have now allowed themselves to marry for love and not just for status…

The Muslim culture still practices inbreeding and has been doing so for longer than any Egyptian dynasty. This practice also predates the world’s oldest monarchy (the Danish) by 300 years.

Implications for the Western and the Muslim World

The consequences for offspring of consanguineous marriages are unpleasantly clear: Death, low intelligence or even mental retardation, handicaps and diseases often leading to a slow and painful death. Other consequences are:

The economic costs and consequences for society of inbreeding are of course secondary to the reality of human suffering.

I hope you will click the link above and read the whole article. When cousins have children, they are twice as likely to have a disabled child. The reports of common insanity among children, clinical depression and schizophrenia among all close inbreds spells disaster, as Muslim demographics across the West show that most of the European Union countries have no chance to preserve their own culture. Neither does Canada. The U.S. is holding on only because of Latino families.

The practice of marrying close relatives, which has been prohibited in the Judeo-Christian tradition since the days of Moses, was sanctioned by Muhammad and has been going on now for 50 generations (1,400 years) in the Muslim world.

This practice of inbreeding will never go away in the Muslim world since Muhammad is the ultimate example and authority on all matters, including marriage…

The numbers are equally devastating in other important Muslim countries: 67% in Saudi Arabia, 64% in Jordan and Kuwait, 63% in Sudan, 60% in Iraq, and 54% in the United Arab Emirates and Qatar.

According to the BBC, this Pakistani, Muslim-inspired inbreeding is thought to explain the probability that a British Pakistani family is more than 13 times as likely to have children with recessive genetic disorders. While Pakistanis are responsible for three percent of the births in the UK, they account for 33% of children with genetic birth defects.

The risk of having an IQ lower than 70, the official demarcation for being classified as “retarded,” increases by an astonishing 400 percent among children of cousin marriages…

Sennels says that “the ability to enjoy and produce knowledge and abstract thinking is simply lower in the Islamic world.” He points out that the Arab world translates just 330 books every year, about 20% of what Greece alone does.

In the last 1,200 years years of Islam, just 100,000 books have been translated into Arabic, about what Spain does in a single year. Seven out of 10 Turks have never even read a book.

Sennels points out the difficulties this creates for Muslims seeking to succeed in the West. “A lower IQ, together with a religion that denounces critical thinking, surely makes it harder for many Muslims to have success in our high-tech knowledge societies.”

Only nine Muslims have every won the Nobel Prize, and five of those were for the “Peace Prize.” According to Nature magazine, Muslim countries produce just 10 percent of the world average when it comes to scientific research (measured by articles per million inhabitants).

In Denmark, Sennels’ native country, Muslim children are grossly overrepresented among children with special needs. One-third of the budget for Danish schools is consumed by special education, and anywhere from 51% to 70% of retarded children with physical handicaps in Copenhagen have an immigrant background…

Bottom line: Islam is not simply a benign and morally equivalent alternative to the Judeo-Christian tradition. As Sennels points out, the first and biggest victims of Islam are Muslims. Simple Christian compassion for Muslims and a common-sense desire to protect Western civilization from the ravages of Islam dictate a vigorous opposition to the spread of this dark and dangerous religion. These stark realities must be taken into account when we establish public polices dealing with immigration from Muslim countries and the building of mosques in the U.S.

Now to the video I mention above which clearly demonstrates the catastrophic future facing the West. If you don’t have time to watch the video, the following is a loose translation of the content:

In order for a culture to maintain itself for more than 25 years, there must be a fertility rate of 2.11 children per family. With anything else, the culture will decline.

Historically, no culture has ever reversed a 1.9 fertility rate.

A rate of 1.3 is impossible to reverse, because it would take 80-100 years to correct itself.

The fertility rate in France was 1.8, of which the fertility rate of Muslims was 8.1 children per family. Southern France there are now more mosques than churches. Thirty percent of children age 20 and younger are Islamic. In larger cities, like Nice, that number has grown to 35%. By 2027, 1 in 5 Frenchmen will be Muslim. In 39 years, France will be an Islamic Republic.

The fertility rate in Greece was 1.3

The fertility rate in Germany was 1.3

The fertility rate in Italy was 1.2

The fertility rate in Spain was 1.1

In the U.S. 1.6 UNTIL the Latino influx is added, which brings us to 2.11, the number needed to barely maintain our culture – or something.

Across the entire European Union of 31 countries, the fertility rate in 2007 was 1.38. IMPOSSIBLE TO REVERSE. In a matter of years, Europe will cease to exist.

In the Netherlands, 50% of all newborns are Muslims. In 15 years, half of the population will be Muslim.

In Russia there are more than 23 million Muslims, 1 in 5 Russians.

Belgium: 25% of the population is Muslim. Fifty percent of all newborns are Muslims.

One-third of all European children will be born to Muslim families by 2025.

“The fall in the [German] population can no longer be stopped. It’s downward spiral is no longer revesible…. It will be a Muslim state by the year 2050.

“There are signs that Allah will grant victory to Islam in Europe without swords, without guns, without conquest. We don’t need terrorists, we don’t need homicide bombers. The 50+ million Muslims [in Europe] will turn it inot a Muslim continent with a few decades.”

In 2007 there were 52 million Muslims in Europe. The German government said that number is expected to double in the next 20 years to 104 million.

Closer to home the numbers tell a similar story. In Canada the fertility rate is 1.6. Islam is now the fastest growing religion in that country.

In 1970 there were 100,000 Muslims in America. In 2008, there were over 9 million. Also in 2008, the Catholic Church announced that followers of Islam had surpassed the number of Catholics in the world. Some studies show that in 5 to 7 years (from 2008) the dominate religion of the world will be Islam.

TOPICS: Constitution/Conservatism; Culture/Society; Foreign Affairs; News/Current Events
KEYWORDS: eugenics; intermarriage; islam Navigation: use the links below to view more comments.
first 1-20, 21-39 next last
This one has been out there for a few years. I'm posting it in case some of you missed it the first goround. It's a keeper and explains a great deal about why so many of the muzzies are slap nuts. Share with others because, like it or not, we're at war with these nutjobs and we'd better understand what makes them tick.

Oh. sorry. That "ticking" sound is the timer on their bomb vests.

There will be no consequences if they are kept out of civilized countries. 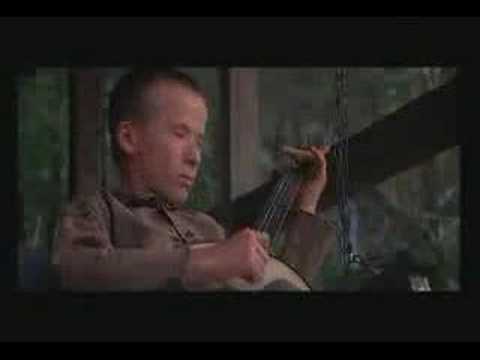 You can replace “muslim” with “main stream media” and get the same result....

Google “Muslim inbreeding”. The madness & fanaticism of those who would destroy us just for being “infidels” actually has a biological base. Inbreeding is but another example of how it is not nice to fool Mother Nature.

Then too, since Islam is already a radical religion (”destroy all who refuse to become Muslim”) how can there be such a thing as a `radical Muslim’?

There is no upside to Islam. The Moslems only date back to the 6/700s

the Egyptians were around at the time of Moses...

does this author mean the Arabs instead ???

All one has to do is to listen to the beyond stupid statements of your typical Imam to come to that conclusion.

Heck, the Imams sounds almost as idiotic of Obama.

9 posted on 06/10/2013 10:33:13 AM PDT by Da Coyote
[ Post Reply | Private Reply | To 1 | View Replies]
To: Dick Bachert
There's no sign that CF has become a dominant trait in the Middle East. However, 1 in 20 persons of European descent has a CF gene. Recent research in India reveals pretty much the same density there ~

The reproductive advantage for CF is that if you have one of the 1000 or so mutated CF genes you live in the recurring black death epidemics, and if you don't, you die.

The more recently a population has been affected by black death the higher the percentage who will have a CF gene.

The oldest estimated age for any particular CF gene is 58,000 years ago ~ deep ice age stuff! That's pretty much when human beings and temperate zone rodents and their fleas came into close, regular contact.

Frankly, the higher incidence of schizophrenia and schizophrenic affective disorder among people in the Middle East might well be the reason why they breed back among cousins ~ that way, the folks with the problem stick with their own and other people do not have the problem.

But, as we both know, they are not being excluded.

We need a thorough housecleaning during the next 2 election cycles and beyond.

That photo reminds me that — as obozo has informed us — the muzzies have made significant scientific contributions, among them the use of goat intestine as a condom.

Centuries later, the Brits improved upon the device by removing it from the goat.

LOL. That’s even better than the verbal version.

Bisexual Muslim: One who owns both a goat AND a sheep.

Bisexual Muslim: One who owns both a goat AND a sheep.

Why Arab schools don’t have driver’s education and sex education on the same day: Too hard on the camels.

As soon as I read the utterly preposterous claim that “Seven out of 10 Turks have never even read a book” my BS meter went off.

So I went to check the footnote in the article, but I had to search for on the website you linked to, because you did not link directly to the article.

The line in the actual article says “70 percent of the Turkish citizens never read books.”(APA, 23 February 2009 “), which sounds more like 70% of the people I know, who read stuff on the internet and rarely pick up a book.

But even the link for that citation goes through two different languages before it gets to the source, so I wonder what the real poll result was before this game of telephone started.

Anyone who read right through that line and believed it should ask themselves whether they are applying the habits of critical thinking or just believing every claim (true, false or preposterous) that was ever made about Islam.