" Do we operate under a system of equal justice under law? Or is there one system for the average citizen and another for the high and mighty? " ~ Senator Ted Kennedy, 1973

The Lawrence Cottage ~ Chappaquiddick - Two Kennedy boats, the Resolute and the Victura, were entered in the 1969 races, and Ted Kennedy felt that the weekend's festivities provided the perfect situation to reunite the members of Bobby's campaign staff, affectionately known as the "Boiler Room Girls" because of the tough back room work they did.

Joseph A. Gargan - Joseph Gargan, Ted Kennedy's cousin and lawyer, agreed to make the arrangements. He reserved rooms for the women at the Katama Shores Inn near Edgartown on Martha's Vineyard. Teddy and the other men would be put up at the Shiretown Inn. Gargan also searched for a cottage on the water which would serve as the site for their cookout and party after the races. - When he discovered that all suitable accommodations on the water in Edgartown had already been taken, Gargan settled on the Lawrence Cottage on the nearby island of Chappaquiddick. This cottage was near the beach, and allowed the party-goers to stay through Sunday. "That's the main reason I rented the place", Gargan said.

- The island, separated from Martha's Vineyard by a narrow channel, was accessible only a ferry which operated between the hours of 7:30 AM and midnight. Gargan's choice of Chappaquiddick as the site for the party would ultimately lead to disaster.

- This relationship would continue into their adult years, and was put to the ultimate test after the accident at Chappaquiddick. For nearly 20 years, Gargan suffered in silence from the wounds inflicted on him by the tragedy that killed Mary Jo Kopechne.

Joseph A. Gargan: Lawyer, Ted Kennedy's cousin, and co-host of the party

Paul Markham: Lawyer and former US Attorney for Massachusetts

* Note: - Senator Kennedy would later explain that his wife Joan did not attend the Regatta weekend because of "health reasons" ( she was pregnant )

- Following his brother Bobby's death, "a general discouragement with Ted's off-hour antics" was being privately expressed within the Kennedy circle. ~ The Education of Edward Kennedy by Burton Hersh

- Time reported that Ted had been drinking more heavily since his brother's death, and "he has been a different and deeply-troubled man". Those close to Kennedy saw signs of a recklessness at odds with his expanding presidential prospects. Accepting an assignment from Life to cover Ted Kennedy after his brother's assassination, writer Brock Brower concluded that the insecurities, fatalism and fast-living showed Ted was seeking to escape the inevitable candidacy for President. "Some thought his drinking had got beyond the strains it was supposed to relieve," he said. ~ Senatorial Privilege by Leo Damore

- John Lindsay of Newsweek saw "an all too-familiar pattern emerging." Kennedy was slipping out of control toward some unavoidable crackup.

- Senator Kennedy's driver's license had expired on February 22, 1969 (nearly 5 months before the accident) and had not been renewed. - Although driving with an expired license was only a misdemeanor, it did provide the evidence of negligence needed to prove a manslaughter charge in the death of Mary Jo Kopechne. - The license problem was "fixed" by officials at the Registry of Motor Vehicles, under the direction of Registrar Richard McLaughlin, before the legal proceedings began.

- Ted Kennedy had a record of serious traffic violations. Their nature formed a pattern of deliberate and repeated negligent operation. Particularly bothersome was a June, 1958 conviction for "reckless driving."

- On March 14, 1958, Deputy Sheriff Thomas Whitten had been on routine highway patrol outside Charlottesville, Virginia, when an Oldsmobile convertible ran a red light, sped off, then cut its tail lights to elude pursuit. A license check revealed the car belonged to Edward M. Kennedy, a 26-year-old law student attending the University of Virginia. Kennedy had previously been fined $15 for speeding in March 1957. - Whitten was on patrol at the same intersection a week later, he testified, "And here comes the same car. And to my surprise, he did exactly the same thing. He raced through the same red light, cut his lights when he got to the corner and made the right turn." Whitten gave chase. He found the car in a driveway, apparently unoccupied. Looking inside, he discovered the driver, Teddy Kennedy, stretched out on the front seat and hiding. Whitten issued a ticket for "reckless driving; racing with an officer to avoid arrest; and operating a motor vehicle without an operator's license (Mass. registration.)" - Kennedy's attorneys were able to win numerous postponements, but eventually he was convicted on all charges and paid a $35 fine. Court officials never filed the mandatory notice of the case in the public docket, however, and Kennedy's name had not appeared on any arrest blotter. Instead, a local reporter discovered the case when he spotted 5 warrants in Kennedy's name in a court cash drawer.

- Three weeks after his trial, Ted Kennedy was caught speeding again, and still operating without a valid license.

- In December 1959, Kennedy was stopped again for running a red light and fined $10 and costs. In Whitten's view, "That boy had a heavy foot and a mental block against the color red. He was a careless, reckless driver who didn't seem to have any regard for speed limits or traffic ordinances."

"Any person who wantonly or in a reckless or grossly negligent manner did that which resulted in the death of a human being was guilty of manslaughter, although he did not contemplate such a result." In other words, negligence in exposing another to injury by doing an act, supplied all the intention the law required to make a defendant responsible for the consequences.

- "It's automatic in Massachusetts when a person is killed in an accident for the prosecutor to bring an action for criminal manslaughter." ~ Joseph Gargan

- Less than a week after the accident at Chappaquiddick, the Oregonian (Portland, Oregon ~ 7-24-69 ) reported an accident in Salem, Oregon, in which a car crashed through the chain on a ferry while crossing the Willamette River. A passenger riding in the car had drowned, but the driver escaped from the car and swam to shore. The driver was charged with negligent homicide.

TOPICS: Your Opinion/Questions
KEYWORDS: chappaquiddick; maryjokopechne; swimmer; tedkennedy; theswimmer Navigation: use the links below to view more comments.
first 1-20, 21-29 next last
I thought this was intersting and thought I would share. If I have violated any sacred rule please forgive me in advance. I just get tired of liberals attacking conservatives and getting a free ride on the things they do.
1 posted on 04/28/2006 11:27:19 PM PDT by justaguywithaspellchecker
[ Post Reply | Private Reply | View Replies]
To: justaguywithaspellchecker

OK, it's from *before* Chappaquiddick, but it's still disturbing.

"Betrayus Americus" is lower on the tree.

5 posted on 04/28/2006 11:52:23 PM PDT by NewRomeTacitus
[ Post Reply | Private Reply | To 3 | View Replies]
To: justaguywithaspellchecker
Reader's Digest had a "digest" of one of these books. (It relied heavily on Joe Gargan's account of events.) I don't remember which book it was taken from but, they published the article several times over the years. It would be great if they would do so again, but they have, unfortunately, like to many other magazines, become so liberal it will probably never be printed again.

Evidently, Gargan was so disgusted with Kennedy's behavior during this incident, that he didn't have much contact with Kennedy in the succeeding years.
6 posted on 04/29/2006 12:05:16 AM PDT by singfreedom ("Victory at all costs,.......for without victory there is no survival."--Churchill--that's "Winston")
[ Post Reply | Private Reply | To 1 | View Replies]
To: justaguywithaspellchecker
Skip to comments.


MIDI - SURREY WITH THE FRINGE ON TOP (scroll to "From Oklahoma")

Mary Jo, come for a drive with me
With the wind in our hair we'll feel free
I have all the power of two hundred horses
We will have a fun time, you will see

When we hit the road, if it's raining
There will be no need for complaining
My brakes I've always been maintaining in my Oldsmobile

7 posted on 04/29/2006 12:09:25 AM PDT by doug from upland (Stopping Hillary should be a FreeRepublic Manhattan Project)
[ Post Reply | Private Reply | To 1 | View Replies]
To: justaguywithaspellchecker
Skip to comments.

She hears on the phone her mom scream
Mom knows just what...it means
She gets on her knees and prays
Hoping that she's okay
She's says, "Dad...it is not so bad...
Ted says he'll drive home...tonight"

8 posted on 04/29/2006 12:11:35 AM PDT by doug from upland (Stopping Hillary should be a FreeRepublic Manhattan Project)
[ Post Reply | Private Reply | To 1 | View Replies]
To: justaguywithaspellchecker
Skip to comments.


WE HAVE A NEW HERO FROM THE O'REILLY SHOW!

O'Reilly: Who's gonna say this isn't a war anymore?

Col. David Hunt: We can't have Americans being beheaded anymore. We can't have towns like Fallujah. Its time for the bombs to start dropping.

O'Reilly: This is a war. I think just about everybody will believe that at this point. Everyone except Ted Kennedy.

Col. David Hunt: Who gives a crap about Ted Kennedy! Put him in a boat in Boston harbor and ship him off!!!!

You're that killer lifeguard guy...you just left her there to die
Things have not changed in your car, is that whiskey and rye?

(musical break....terrible screeching that may be as annoying as Algore)

More human beings died in Teddy's car
Than lost their lives by Cheney's gun, so far
More times Ted cheated on a Spanish test
So, you reporters just give it a rest

More left wing bias has shown through...it is what they always do
If their side's not winning, we will see their daily spinning 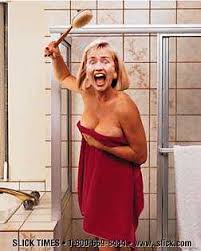 More campaign finance fraud by Hillary
Than throughout all GOP history 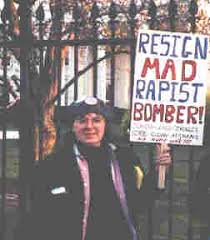 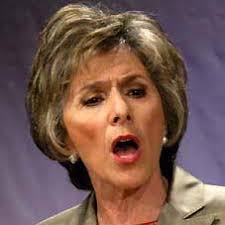 More left wing bias has shown through...it is what they always do
If their side's not winning, we will see their daily spinning

More screaming we have heard from Howard Dean
Than heard at Bellevue, you know what I mean

There will be a reaction. There will be more impatience for something new. There is going to be some sort of big bang as people respond to the cumulative blows of bad events and try to fundamentally change the way things are.

12 posted on 04/29/2006 12:35:46 AM PDT by Liberty Valance (So long Danny)
[ Post Reply | Private Reply | To 11 | View Replies]
To: justaguywithaspellchecker
Picture of Kennedy with the phony neck brace at the funeral of Mary Jo. I was actually a believer in the whole Kennedy scam back then. Eventually I saw the bridge from the waters off the Vineyard and thought: "What the hell was he doing out there?" My first bit of skepticism about this now exposed scum ball.

Nice touch, with the tie over the neckbrace...

Hey Ted....A night out for back seat sex ends up in the canal..No wonder you drink so much..just trying to forget.... 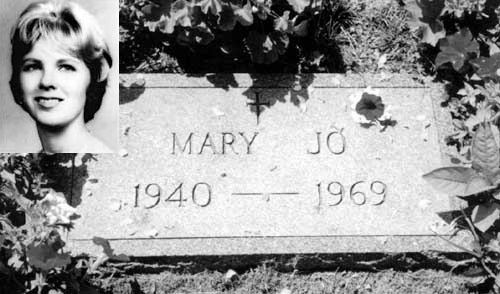 Horse manure! I refuse to believe the old buzzard gives it a thought.

DISCLAIMER: This photo is FAKE but ACCURATE.