According to recent survey, nearly a third of self-described evangelicals do not believe that Jesus Christ is truly God. Arianism, as it turns out, is a heresy that plagues multiple generations of the Church, not just the one of the fourth century.

Well, over and over the Church has, in various times and ways, ruled that some beliefs are not acceptable alternatives within Christianity. Adherents are, in fact, outsiders to the faith. For example, nearly 100 years ago, in a book entitled Christianity and Liberalism, Presbyterian scholar J. Gresham Machen argued, in an extensive scholarly treatment, that liberal Christianity was not a version of the one, true faith handed down once and for all to the saints. Liberalism was, he argued, a completely different religion from Christianity.

The Liberal Christianity of Machen’s day focused on a social-reform agenda, fueled by feelings and informed by secular thought, barely draped in religious language. The God it preached was not sovereign over creation and providential over the affairs of men; did not really come in the flesh in the person of Jesus Christ, who did not really perform miracles or physically rise from the dead. The Bible was not really the fundamental and decisive revelation of God, nor the final authoritative source for morality, but must be understood according to our evolving scientific knowledge and political agendas.

Today, there is also an effort to update Christianity, to adapt and re-form it according to the spirit of the age. From church pulpits to the Christian blogosphere, from once-reliable Christian publishing houses to the campuses of Christian colleges that are Christian in name only, from beautiful and historic churches decorated with gay pride flags and pastored by ordained ministers who “bless” abortion clinics to the “exvangelicals” who become self-styled spokespersons for “what Jesus would really say and do,” there is, in our day too, a Christianity that is no Christianity at all.

Devoid of the truth claims and moral teachings of historic Christianity, what is today called “progressive Christianity” is not another side of the same coin. It is a different religion founded on a different worldview.

Machen’s crucial insights were presented in a largely academic book written for a largely academic audience. Since the progressive Christianity of our day is far more populist than the liberalism of his, I am pleased that a new book, theologically robust and very accessible, is now available to address the ideas deceiving so many Christians. The book is titled Another Gospel: A Lifelong Christian Seeks Truth in Response to Progressive Christianity.

Alisa Childers grew up in the church and eventually became a member of the very successful Christian pop group “Zoe Girl.” Despite that pedigree, as she told my colleague Shane Morris on his Upstream podcast, she was completely unprepared when she learned her pastor was a skeptic, and confronted her with questions and counterclaims about the reliability of Scripture, the morality of the atonement, whether God answers prayer, or cares about our sexual choices, or even exists.

Flailing in doubt, Childers went to work to find answers, studying Scripture, church history, great apologists for the Christian faith (past and present), and critiques of the claims of progressivism. In the process, she found that her beliefs had rock-solid foundations, and answers to the toughest questions.

A “progressive Christianity” that denies the divinity of Christ, treats His incarnation and resurrection from the dead as myths, and reimagines human nature away from God’s created design and according to sexual libertinism isn’t just another take on the faith. It’s another gospel entirely.

Childers’ book Another Gospel is an incredibly valuable resource. Every week it seems, I talk with pastors, youth pastors, parents, and grandparents watching the next generation buy into a false gospel and questioning the historic truth claims of Christianity. Using the framework of Childers’ story, Another Gospel provides a thorough, rigorous, and entirely readable take-down of progressive Christianity, and a reliable introduction to the non-negotiables of the Christian faith.

“Progressive Christianity” is a “religion“ based on collective salvation and communism.
It is anti-Christian. A wolf in sheep’s clothing permeated by the spirit of the anti-christ.

Understanding first comes by “ fear of the Lord”....I shiver for those re- writing God’s word...

The Orthodox Church is the original and true Church!

The “progressive” “churches” are far, far away from her and are against her. They are also against any other churches that still have some or most of her original faith!!!!

“A “progressive Christianity” that denies the divinity of Christ, treats His incarnation and resurrection from the dead as myths, and reimagines human nature away from God’s created design and according to sexual libertinism isn’t just another take on the faith. It’s another gospel entirely.”

I object to “ANOTHER” Gospel.

It is a LIE from SATAN. Believing this LIE is the UNPARDONABLE Sin.

“a God without wrath
who brings humans without sin
into a kingdom without judgment
through a Christ without a cross.”

I call that that anti-Creed...and orthodox Christians (small “o” and capital “O” alike should commit that to memory, the better to understand what they are up against.

And the Romans make the same claim, despite distinctive Catholic teachings not being manifest in the only wholly inspired substantive authoritative record of what the NT church believed (which is Scripture, in particular Acts through Revelation, which best shows how the NT church understood the gospels). And cults also assert themselves to be the One true Church. However, the one true church which the Lord promised to overcome the gates of Hell was and is the body of Christ that the Spirit baptizes every believer into, (1Co. 12:13) and to which He is married, (Eph. 5:25) for it uniquely only and always consists 100% of true believers, while organic fellowships in which they express their faith inevitably become admixtures of wheat and tares, with Catholicism and liberal Protestantism being mostly the latter.

10 posted on 10/19/2020 6:40:27 PM PDT by daniel1212 (Trust the risen Lord Jesus to save you as a damned and destitute sinner + be baptized + follow Him)
[ Post Reply | Private Reply | To 7 | View Replies]
To: SeekAndFind
The Liberal Christianity of Machen’s day focused on a social-reform agenda, fueled by feelings and informed by secular thought, barely draped in religious language. The God it preached was not sovereign over creation and providential over the affairs of men; did not really come in the flesh in the person of Jesus Christ, who did not really perform miracles or physically rise from the dead. The Bible was not really the fundamental and decisive revelation of God, nor the final authoritative source for morality, but must be understood according to our evolving scientific knowledge and political agendas.

With those kinds of beliefs, I find it impossible they could even refer to it as "Christian"!

I think the Orthodox are far closer to Biblical Christianity than Rome is, but they still cannot claim to be THE OTC because the true church is the spiritual body of Christ made up of born again/born from above believers in Jesus Christ.

It’s not a religious denomination that one can join through ceremony or ritual.

Jesus did not come to establish another religion. He came to restore a broken relationship and give man the opportunity to come into right standing with God once again.

The Church of JESUS CHRIST of Latterday Saints is the original and true Church!

Thanks for the kind words, however, screaming is not proper technique. That said, it would behoove all Christianity to move toward Christian living as far as their version of truth leads them. Far better than focusing on what their limited knowledge of all things Christian points out the weakness and failure of others within the movement.

We are all children of the same God and Creator, who has proclaimed we must love our Brothers and Sisters as he has loved us. That alone is difficult enough without the rancor and wrangling done in the name of doctrinal purity, or any number of other reasons.

Taken as a whole the Christian world groans in unbelief and confusion on so many levels we are our own worst enemy. So, consider the efforts over centuries and through the reformation the attempts at unifying the Christian Church after the literal coming of the savior in the flesh.

All those efforts have failed as we continue to harangue one another with perceived wrongs, misdirection, fault finding, and general accusations. Is that not precisely what our antagonist the Father of Lies was engaged in when he wanted the Glory of God and was thrust out of Heaven in a real war along with a third of the host of Heaven that believed as he did?

We might all take some measure of pride in passing the first test to be allowed to come to earth to be further tested by Satan and his minions who failed the first test. In my opinion, we all had better get united or we will be divided when it matters most that we be united. Christians helping Christians what a novel idea, disregarding or at least able to live with differences while we endeavor to spread the Gospel of “love one another”.

The message of this famous classic of the Christian faith is more desperately needed in the 21st century than it was in the early 20th century. Since Machen wrote, the philosophical and theological trends that generated the issues he was addressing have become more firmly entrenched in the consciousness not only of the culture at large, but of evangelical Christianity in particular. The major thesis of this books is not that theological liberalism is bad, although Machen leaves little doubt of his opinion of it. Rather, the major thesis is that theologically liberal Christianity is not Christianity at all, and that toward every one of the most fundamental teachings of historic Christianity, theological liberalism takes an antithetical stance.

16 posted on 10/20/2020 12:13:51 PM PDT by fishtank (The denial of original sin is the root of liberalism.)
[ Post Reply | Private Reply | To 1 | View Replies]
To: wita
All those efforts have failed as we continue to harangue one another with perceived wrongs, misdirection, fault finding, and general accusations.

Do you agree with all these quotes from LDS leaders??

I'll keep this in mind. 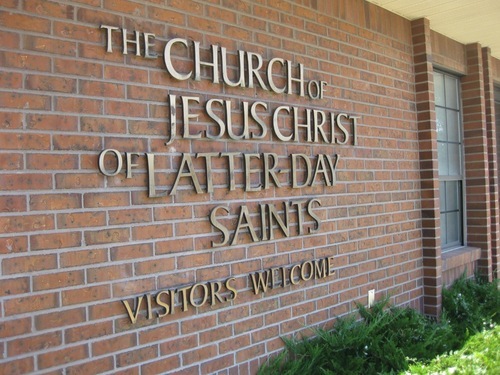 I know a good place to start...

Today, there are as many as 100 organizations claiming to be a part of the Latter Day Saint movement;  most centered in Utah or Missouri.

Most regard their own group, however small, to be the only legitimate Christian church. Most of these organizations are very small, but overall, but the second largest denomination, the Community of Christ, reports over 200,000 members.

Good one LOL. On your previous point that was then and this is now. The words of old dead prophets matters less than the words of the living.

On the other hand one could also say, the truth hurts, if it’s truth it isn’t going to change, and if it is you wouldn’t want it to change would you!!!!!!!

...but in the interest of loving one another as he has loved us perhaps we should soften the message? Just talking out loud. Not sure that is even a thought on the living Prophet’s table. I know this, they don’t dwell in the past. Time and life go on and there is generally NO discussion of past words said other than what appears in Scripture. Sorry to have to repeat it, but only Bible, Book of Mormon, D&C. and P of GP qualify.