During the night from Saturday to Sunday, hooded men set a car on fire and threw it on the facade of St Pierre Chanel church, located between two working-class districts of Rillieux-la-Pape.

This modern, concrete church is not strictly speaking a beautiful building in the middle of this district where more than 80% of the inhabitants live in social housing. It allows a very diverse Catholic community to come together, especially for Sunday Mass which is very famous there. A popular Catholicism as we see it less in large metropolitan centers.

It was this building, and no other churches with older architecture found in other neighborhoods, that was attacked. This attack is the culmination of a deterioration of security conditions in this city where the mayor was nevertheless reelected with 67% of the votes in the first round, precisely because during his first term, he had managed to bring back tranquility in this city.

So why this revival? And why this attack on a neighborhood church?

Quite simply because part of the left has chosen to lead a scorched earth campaign. Going towards a certain defeat, certain activists did not cease to address the most radical fringe of young people by repeating to them that the mayor was “racist”. It hadn’t taken for the first six years, but the combined effects of confinement and this sustained and irresponsible indoctrination resulted in vehicle fires, damage, rodeos like never before in a few months.

Most of the time, when the perpetrators were apprehended, the answer was straightforward: “the mayor is racist”. A school, the one that attracts the most modest population, was tagged and degraded the day before the start of the school year, many inscriptions attest to this new fad: the mayor is racist.

And this qualification justifies violently attacking everything that illustrates this racism among these slightly low-ceilinged scum, who use their power of nuisance and terrorize the population.

So what to do when you’re an ultra-minority and you’re stuffed with ideas that you have to fight this white and racist mayor? We must tackle the religion of white, what symbolizes it, and therefore try to remove the stigma in the popular district.

Most of the time, when the perpetrators were apprehended, the answer was straightforward: “the Mayor is racist”

The authors are undoubtedly not devout Muslims, nor are they terrorists, but they apply to the letter the program of Abu Moussa Al Suri, theorist of jihad of which none of these brainless have never read a line. They try to create a divide between Muslims and Christians, they seek civil war so that the moderates, those who live well, are integrated, become gentrified without being obsessed with the identity question are summoned to join them, are sent back to their religion , to their skin color.

This car on fire against this concrete church is therefore a double sign. First that of certain political figures who prefer to ride the head of the scum as long as the city refuses them electorally. Then, and this is more worrying, the sign of an identification, among the most excited, between Christians and racists. Burning a church is therefore to attack the “racist” mayor as evidenced, according to some witnesses, by the cries of these arsonists just after their misdeed: “the mayor, he is racist, we want him to leave”.

Faced with this, it is advisable not to give in to a panic, however quite legitimate, and to take these arsonists for what they are: weak minds, manipulated by the unconscious, scum that must be got rid of before real Islamist terrorists get their hands on them.

Doctor in political science, Arnaud Lacheret is a teacher-researcher and was chief of staff to the mayor of Rillieux-la-Pape from 2014 to 2017. He has published The territories won from the Republic? (Ed. Bord de l’eau, 2019). 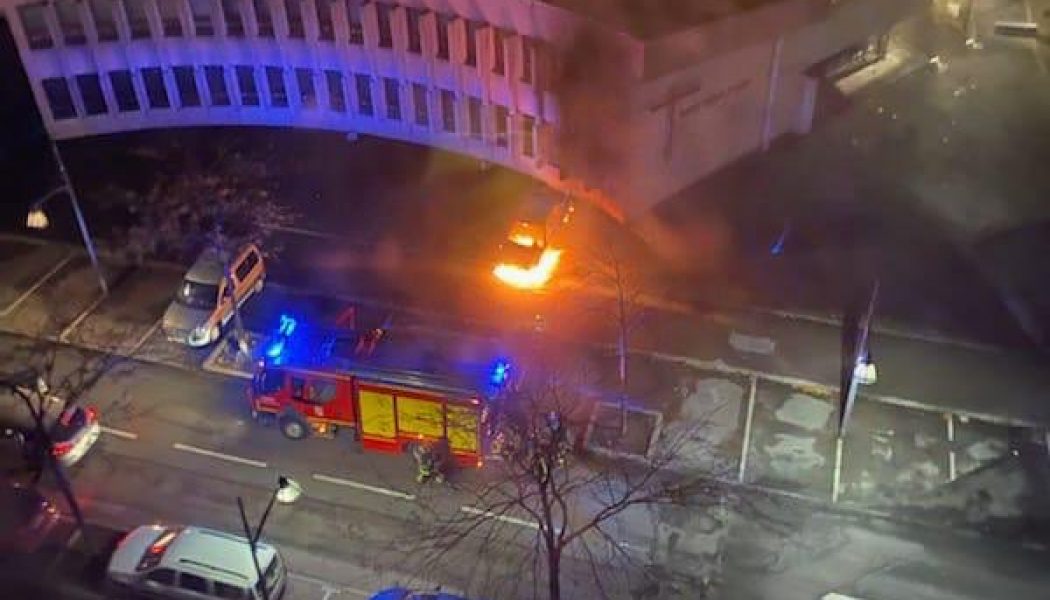 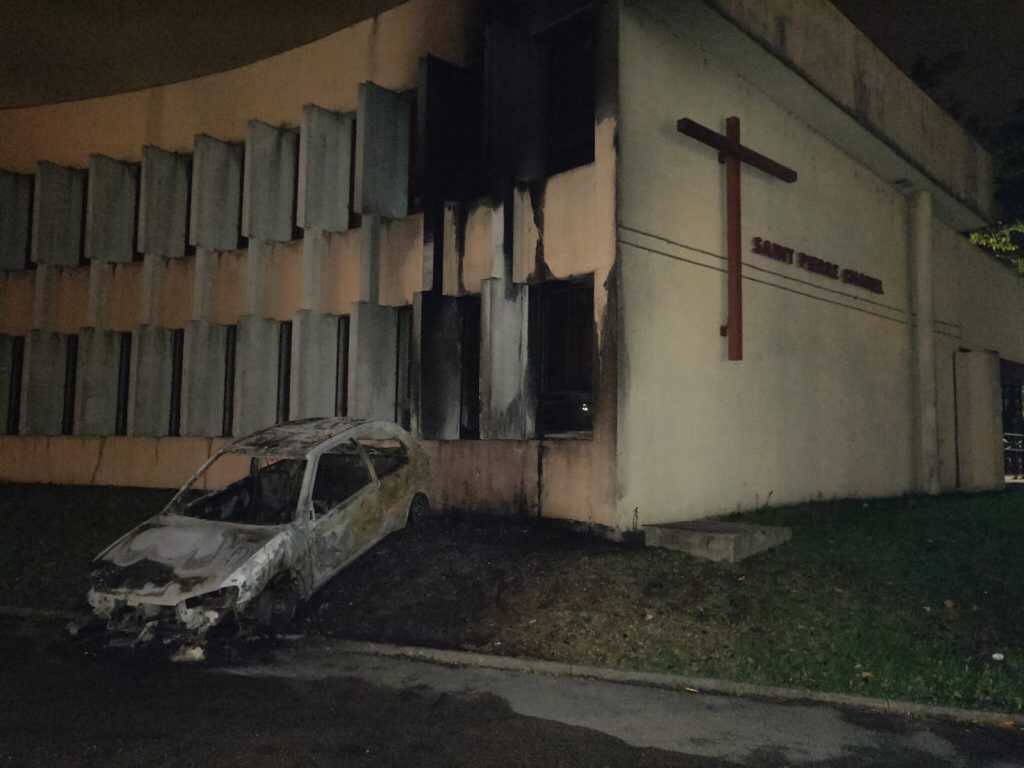 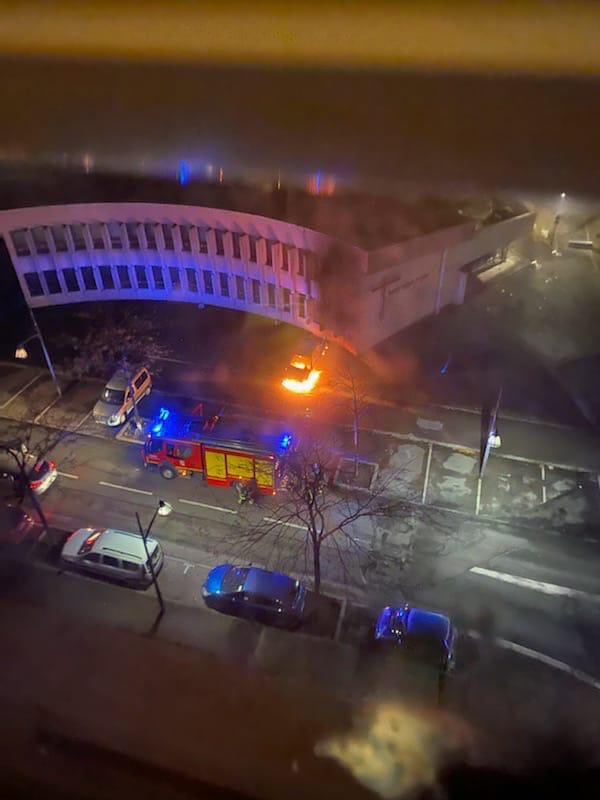 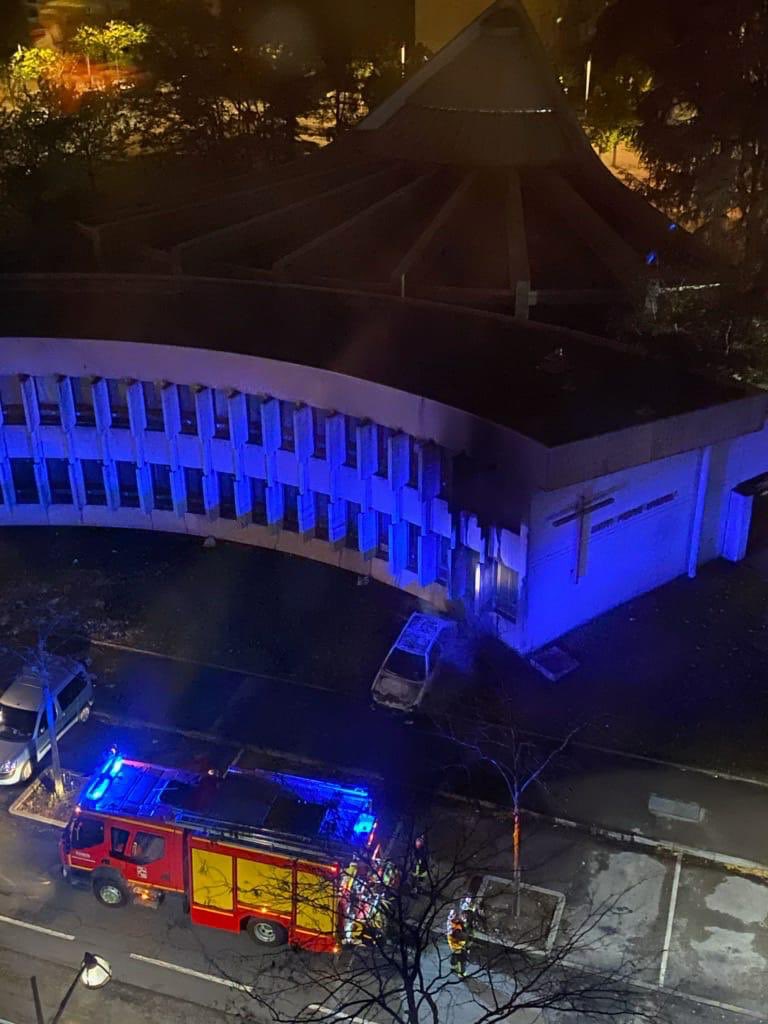 Sunday people are enemies too.

Maybe they can knock it down and build a church that looks like a church instead of an (ugly!) office building.

I wonder what percentage of the population is muslim around Rillieux-la-Pape?

They have The Hulk on their side?

Unfortunately it happens all the time. For example, two weeks ago in Tampa.

Last month in NPR (Pasco county). I’m not sure if that one was Catholic.

I shed a tear for Europe, the land of my ancestors, and Western civilization that has allowed, and is allowing, an invasion by peoples who arrive with great resentment and jealousy and the ultimate insidious intent to conquer. We Americans should not ask for whom the bell tolls.