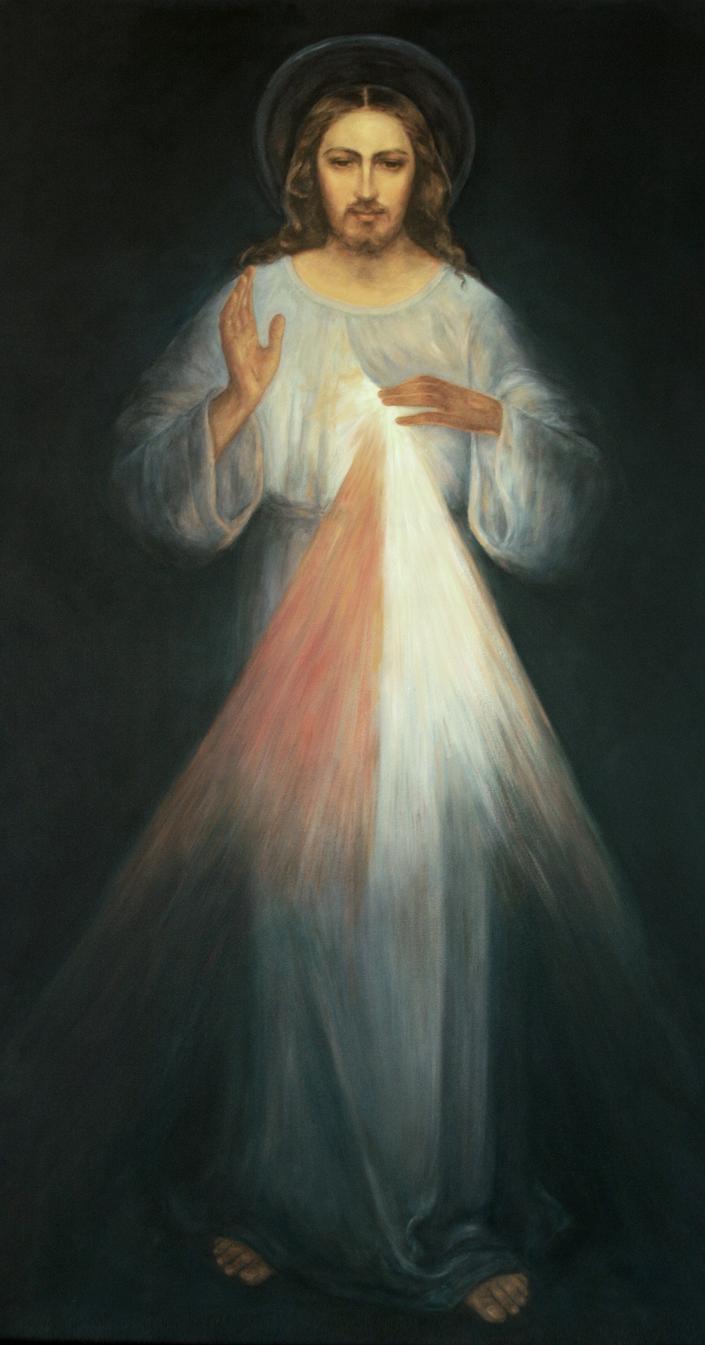 I do this every year

BTTT! Everyone needs to pray this prayer for nine days!

Thanks. I printed this out and will pray it daily.

God bless you for drawing us deeper into prayer.

We’re having a bilingual Divine Mercy devotion and Stations of the Cross at 3:00 today. I need to leave in just a few minutes to make copies of the song sheets.

Thank you! Please Freepers, if possible, pray this Novena!

Thank you for praying for these different intentions.

Most welcome! I agree with Gerish; pray this novena!

It went very well. We had about 50 people.

19 posted on 03/31/2018 1:56:06 PM PDT by Salvation ("With God all things are possible." Matthew 19:26)
[ Post Reply | Private Reply | To 18 | View Replies]
To: Salvation; redleghunter; Springfield Reformer; kinsman redeemer; BlueDragon; metmom; boatbums; ...
You have chosen to post this provocative message purporting to be the actual words of Christ, and thus you must face reproof of it, by the grace of God

Jesus asked that the Feast of the Divine Mercy be preceded by a Novena to the Divine Mercy which would begin on Good Friday. He gave St. Faustina an intention to pray for on each day of the Novena, saving for the last day the most difficult intention of all, the lukewarm and indifferent of whom He said: "These souls cause Me more suffering than any others;

Jesus told her: "On each day of the novena you will bring to My heart a different group of souls and you will immerse them in this ocean of My mercy ..

Every word of God is pure: he is a shield unto them that put their trust in him. Add thou not unto his words, lest he reprove thee, and thou be found a liar. (Proverbs 30:5-6)

These are not the words of the Lord Jesus any more than those of the Book of Mormon are, regardless of the many pious words which accompany them.

There is no practice of saying rote Novenas manifest in the only wholly inspired record of what the Lord Jesus said and what NT church believed (including how they understood the gospels).

Instead, this practice was a latter development as part of the progressive deformation of the NT church, in which other major Catholic distinctives are not manifest either.

And which was a result of the error of RC Purgatory. Which is based upon a false premise, that of the need for perfection of character (if by grace) in order to be with God, versus penitent faith which appropriates justification, which purifies the heart (Acts 15:9) and is counted for righteousness (Romans 4:5) and renders one accepted in the Beloved (on His account) and positionally seated together with their Lord in Heaven, (Ephesians 1:6; 2:6) from where they await the Lord's return and His final subduing of our "vile body," that it may be fashioned like unto his glorious body," (Philippians 3:21)and which is the only transformative change after this life that the Scriptures speak of.

However, this saving justifying faith, is a faith which effects obedience by the Spirit, in word and in deed, in heart and in life, whereby "the righteousness of the law might be fulfilled in us, who walk not after the flesh, but after the Spirit, (Romans 8:4) insofar as we do. And since faith and works go together like light and heat, sometimes they are used interchangeably as to what they effect. And which obedience includes penitent confession when convicted of not pleasing the Object of his faith for salvation, the risen Lord Jesus.

The appeal to the believer is to produce fruit consistent with faith, as a consequence of being accepted in the Beloved (on His account), to be practically (in heart and deed) as they are positionally in Christ, to be as much conformed to the Lord Jesus in this life as we can be, and will be in the resurrection. (Philippians 3:7-21) If we live in the Spirit, let us also walk in the Spirit. (Galatians 5:25)

If ye then be risen with Christ, seek those things which are above, where Christ sitteth on the right hand of God. Set your affection on things above, not on things on the earth. For ye are dead, and your life is hid with Christ in God. When Christ, who is our life, shall appear, then shall ye also appear with him in glory. (Colossians 3:1-4)

But which progressive practical sanctification is not the cause of the sinner's justification and acceptance in Christ, but testifies to such being a believer, evidencing "things which accompany salvation," (Hebrews 6:9) and fit to be rewarded. (Revelation 3:4) For this faith, as manifested in said obedience, God will recompense (Hebrews 10:35) under grace, even though it is God who motivates and enables all obedience, (Philippians 1:12,13) while the only thing we can and must take credit for it our disobedience.

In contrast to this salvation by effectual faith, is salvation by grace thru works, as in Roman Catholicism, in which by grace one is actually made good enough to be with God via the act of baptism, even without the required wholehearted repentant faith. (Acts 8:38; 8:36,37)

However, since the carnal nature remains and few successfully attain to complete victory over any attachment to sin and perfection of character, then most baptized souls are sent to Roman Catholic (EOs trend to reject Rome's) Purgatory to endure purifying torments to atone for sins they sufficiently failed to provide for while on earth, and become good enough to enter glory.

There is some wiggle room as regards the conditions of purgatory since what this suffering actually entails and how long are not dogmatically taught, but while salvation by grace thru faith as in sola fide means it is effectual faith being imputed for righteousness that justifies, salvation by grace thru works means that by grace one is actually made good enough to be with God, which premise either requires perfection of character in this life (and which merely being made clean in baptism would actually not effect) or postmortem purifying torments.

The Catholic Encyclopedia states that St. Augustine "describes two conditions of men; "some there are who have departed this life, not so bad as to be deemed unworthy of mercy, nor so good as to be entitled to immediate happiness" etc.

And thus by the close of the fourth century was taught "a place of purgation..from which when purified they "were admitted unto the Holy Mount of the Lord". For " they were "not so good as to be entitled to eternal happiness". - CATHOLIC ENCYCLOPEDIA: Purgatory

"...we will go to Purgatory first, and then to Heaven after we are purged of all selfishness and bad habits and character faults." Peter Kreeft, Because God Is Real: Sixteen Questions, One Answer, p. 224

In addition, the whole premise that suffering itself perfects a person is specious, since testing of character requires being able to choose btwn alternatives, and which this world provides. Thus it is only this world that Scripture peaks of here development of character, such as "Wherein ye greatly rejoice, though now for a season, if need be, ye are in heaviness through manifold temptations." (1 Peter 1:6)

And even in making the Lord "perfect" as in experiencing testing, being "in all points tempted like as we are, yet without sin," (Hebrews 4:15) then it was in this world: "For it became him, for whom are all things, and by whom are all things, in bringing many sons unto glory, to make the captain of their salvation perfect through sufferings." (Hebrews 2:10)