St. Anthony of Padua, Servant of the Gospel

"Let Works of Mercy Be Our Delight">

Stories abound about the extraordinary events coloring the life of St. Anthony of Padua, the “wonder-worker.” Fish are said to have listened to him preach, their heads attentively raised out of the river, when the hard of heart refused to heed his words.

A donkey knelt reverently before the Blessed Sacrament, convincing heretics who had challenged Anthony on Christ’s presence in the host. A severed foot was reportedly rejoined to its owner’s leg when Anthony blessed it. Statues depicting Anthony with the infant Jesus in his arms recall the occasion when the child appeared to him surrounded by marvelous light.

This popular saint is also known as the “Finder of Lost Articles.” When a novice once ran away with a book of psalms containing notes Anthony had made for teaching his fellow Franciscans, he prayed for the young friar and the recovery of the book. Soon the novice repented and returned to the order, bringing the precious psalter back with him. Since then, millions of people have asked Anthony for help in finding lost possessions: “Saint Anthony, Saint Anthony, please come around/ Something is lost and needs to be found.”

But still, we might wonder, why has this saint of the Middle Ages remained so well-known today? Behind all the remarkable miracles and captivating stories told of Anthony is a man who loved God passionately and tirelessly proclaimed the truth of the gospel.

A Son of Portugal. The man who became known to the world as St. Anthony of Padua actually began his life in a different city than Padua and with a different name than Anthony. He was born Fernando Bulhom in Lisbon, Portugal, in 1195. His father served King Alfonso I as a knight, and Fernando grew up dreaming of the adventures of knighthood. However, when he was fifteen, he chose instead to join the Augustinian monks at San Vincente, just outside the city.

After two years at San Vincente, Fernando saw that he was being too distracted by frequent visitors from outside the monastery, so he asked to transfer to the monastery of Santa Cruz in Portugal’s capital, Coîmbra. For the next eight years he immersed himself in prayer and Scripture and became an avid student of theology and the Fathers of the Church. Most historians assume that it was during this time that he was also ordained to the priesthood. Little did Fernando know that his life was about to take a dramatic turn.

In 1220, the bodies of five Franciscans martyred for preaching to Muslims in Morocco were brought to be honored at Santa Cruz. The story of these men moved Fernando profoundly, and he began to burn with a desire to lay down his life for Christ. He realized, however that he was unlikely to fulfill this dream as an Augustinian monk. When some Franciscans came to the monastery begging a short time later, he opened his heart to them and said, “I will gladly take the habit of your order if you will promise that as soon as I do you will send me to the land of the Saracens.” After receiving the reluctant permission of his prior, Fernando exchanged his white Augustinian habit for the gray robe of a Franciscan brother and took the name Anthony in honor of the great monastic patriarch, Anthony of the Desert.

The Turning Point. Twenty-six years old, Anthony sailed to Morocco with ambitions to convert Muslims to Christianity. However, a prolonged fever forced him to surrender his dream. He realized that God was asking a different kind of sacrifice from him, but he couldn’t tell yet what that sacrifice might be. On the return trip to Portugal, a storm drove Anthony’s ship to Sicily, where he met friars who nursed him back to health. Together with these brother Franciscans, Anthony set out for the now-famous Pentecost “Chapter of Mats” in Assisi where three thousand friars gathered with their founder, Francis. At the close of the meeting, Anthony was assigned to the hermitage of San Paolo near Arezzo, where he served his brothers by celebrating Mass for them, washing dishes, and sweeping the floor. He enjoyed the simplicity of his new life, but what most delighted him were the long hours he was able to spend in a secluded cave, lost in prayer and worship of the Lord.

None of the friars at San Paolo suspected their new companion’s brilliant intellect and knowledge of Scripture until 1222, when they all attended an ordination ceremony in Forli. When several other Franciscans and Dominicans declined an on-the-spot request to preach a homily, Anthony was called upon to “speak whatever the Holy Spirit put in his mouth.” Anthony did just that, and his listeners were amazed at his eloquence and passion. Thus ended Anthony’s contemplative life as the Franciscan provincial commissioned him to preach publicly.

“Hammer of the Heretics.” The thirteenth century was a time of great political, economic, social, and religious activity in Europe. Feudalism, the centuries-old system of land-holding, was declining as a growing merchant class began to make its voice heard. Coined money became more common, displacing land as the measure of wealth. Itinerant evangelists and false teachers, among them Waldensians and Albigensians, were gaining a hearing, especially among the less educated.

Understandably, the Albigensians criticized priests whose scandalous lifestyle undermined the gospel. However, they also denied the reality of Jesus’ human nature and spoke against the resurrection of the body. It was in this turbulent environment that the Franciscan and Domini-can orders—new forms of religious life—came to be.

In Anthony’s preaching tours throughout northern Italy and southern France, he strengthened the faithful, invited sinners to repent, and brought the wandering back to the truth. His studies as an Augustinian, coupled with his love for the Franciscan spirit, made him a powerful witness of the gospel. Realizing that it was not enough merely to proclaim right doctrine in order to win people’s hearts, Anthony confirmed his words by demonstrating genuine gospel living. “The preacher must by word and example be a sun to those to whom he preaches,” he once said. “Our life must warm the hearts of men, while our teaching enlightens them.”

Anthony presented the truth of Christianity in positive ways and defended the faith by the example of his life rather than by taking direct issue with heretics and trying to prove them wrong. Nonetheless, Anthony was also well able to refute false teachers with his thorough knowledge of the Bible and the church Fathers. Because of his success, he became known as the “Hammer of the Heretics.”

Teacher and Preacher. Around this time Francis appointed Anthony to teach theology to his fellow friars. He was the first member of his order to fill such a post and taught briefly in Bologna, Montpellier, and Toulouse. Nonetheless, his primary mission remained that of a preacher. His learning, eloquent powers of persuasion, magnetic personality, and clear, rich voice attracted great crowds. In one remarkable instance, a woman forbidden by her husband to attend Anthony’s preaching flung open her window so that his sermon, though at quite a distance, filled the room. Astonished by what he considered a miracle, her husband was moved to the heart by Anthony’s words.

Loved and respected by his Franciscan brothers, Anthony was elected provincial of the friars in northern Italy in 1227. During the next three years he also served as an envoy to Pope Gregory IX, preached throughout Italy, and wrote “Sermons for Sunday,” actually notes to aid other preachers in preparing their own sermons. On one occasion, after Anthony preached before the curia, the pope called him the “Ark of the Testament” because of his profound knowledge of the Scriptures and later commissioned him to produce a series of sermons for the church’s feast days.

Beloved Padua. In June 1230, Pope Gregory IX released Anthony, at his own request, from his duties as provincial so he could devote his energies exclusively to preaching. From that time on he resided in Padua, a city whose people had become dear to him when he had preached to them earlier. There he was privileged to see great fruit in the final months of his life.

Anthony’s sermons in Padua produced a genuine transformation among the citizens as he urged them to trust in God’s mercy and receive his forgiveness. Long-standing quarrels among neighbors were settled peacefully, immoral living was abandoned, and stolen goods were restored as thieves became honest men. Shops and offices were closed while as many as thirty thousand people gathered in the piazzas or open fields to hear him. A bodyguard of young men protected Anthony as crowds of enthusiasts&mash;some armed with scissors to snip off pieces of his habit as relics—pressed around him.

Concerned for the poor, Anthony preached against charging exorbitant interest rates on loans and persuaded the city to pass a law against the common practice of imprisoning debtors who could not pay their creditors. But his main object was to bring people back to peace with God. He took no satisfaction in a crowd of listeners if the confessional remained empty afterwards. Anthony felt that would be like “hunting all day and returning with an empty game-bag.” So, after his morning Mass and sermon, he frequently heard confessions the rest of the day, often aided by local parish priests.

“I See My Lord!” After preaching through Lent and the spring of 1231, Anthony’s health and strength gave out. He was only thirty-six years old. He retreated with two companions to a forest where he enjoyed solitude and prayer in a cell built for him in the branches of a huge walnut tree. When he saw that he was declining, Anthony asked to be taken back to his beloved Padua, but only reached the outskirts of the city, where he died on June 13, 1231. As death approached, he joyously told his companions, “I see my Lord!”

When Anthony was canonized the following year, Pope Gregory IX spontaneously in-toned the antiphon O doctor optime in his honor. In 1946 Pope Pius XII formally declared St. Anthony of Padua a doctor of the church.

Anthony knew the mercy and goodness of God and moved many to follow Jesus wholeheartedly by proclaiming that mercy through powerful sermons and through the witness of his life. If what happened in Padua is any indication, Anthony’s life is an example of what can happen in each of our homes and neighborhoods as we pursue Jesus wholeheartedly and do not shrink back from opportunities to share his good news with those around us.

Saint of the Day Ping! 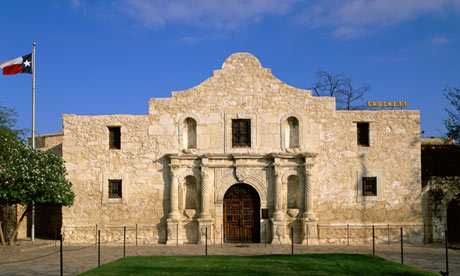 Please pray for my friends’ daughter who today is starting chemotherapy for 2 very-serious anemias: PNH and Aplastic.
St. Anthony, pray for her!!