Will the post-Synod Exhortation Pope Francis signs on March 19th be a new passage of this process of auto-demolition? Will he confirm the Church’s doctrine or will he deviate on some points from the perennial Magisterium? And if this is the case, how should Catholics act? These are the urgent questions on the table. Questions that demand all the attention an intelligence illuminated by grace is capable of. 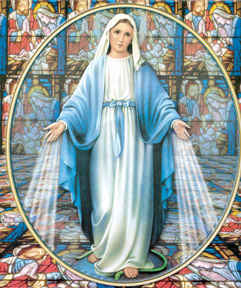 2 posted on 03/11/2016 5:34:54 AM PST by Servant of the Cross (the Truth will set you free)
[ Post Reply | Private Reply | To 1 | View Replies ]
To: JosephJames; Jim Robinson; Admin Moderator; wideawake; KC_Lion
THE PLANS OF SATAN - the Programme of Antichrist - † IMPRIMATUR † "The first and obvious duty the priest owes to the world about him is service to the Truth, the whole Truth, the unmasking and refutation of error in whatever form or disguise it conceals itself." "The kingship of Christ" Imprimatur: † 1953 "Satan spreads perplexity and disorder in minds by confusing the "false tolerance of Liberalism," by which equal rights are granted to truth and error.." "Jewish Naturalistic (Global Zionism) opposition to Christ the King is keeping Catholics blind to the danger that is arising from the clever extension of the term “Anti-Semitism,” with all its war-connotation in the minds of the unthinking, to include any form of opposition to the Jewish Nation’s naturalistic aims. For the leaders of the Jewish Nation, to stand for the rights of Christ the King is logically to be “anti-Semitic.”' "In the work of elimination of the supernatural life from society, the Jewish nation has been powerfully aided by Freemasonry." "A day will come when the Jewish Nation will cease to oppose order and will turn in sorrow and repentance to Him Whom they rejected before Pilate. That will be a glorious triumph for the Immaculate Heart of Our Blessed Mother. Until that day dawns, however, their naturalistic opposition to the True Supernatural Order of the world must be exposed and combated."

Anti-Semitic passage. What is Free Republic coming to???

It takes brass to accuse Jews of naturalism when the Catholic Church has done more to spread evolutionism and higher criticism throughout the religious world than any other group in history. It also takes a lot of guff to accuse the Jews of opposing the messianic kingdom when the whole Catholic "social kingdom" thing is a non-literal repudiation of a genuine literal G-dly messianic kingdom.

It's too bad you ruined your post with this passage. Everything else was spot on, but you just couldn't resist.

There is a lot to read in the post, and truth.

However, I was concerned when I read the mention of the parish being “taken away,” from the priest. Usually, there is more to the story.

Finally, I think the whole thing goes off the rails with the Jews and Masonry thing.

Unfortunately, much of this reads like the fevered musings of a well-intentioned, genuine, person who is slightly off track.