Lift high the cross? Yes, and right to the top of the classical music charts.

With their third hit album in as many years, the Benedictines of Mary, Queen of Apostles, have done it again. They are at the top of the Billboard Classical chart. And this time, they are proclaiming the love of Christ with a terrific new CD that is packed full of Lenten repertoire.

The album is called Lent at Ephesus because, since 2006, these cloistered nuns have been in the Diocese of Kansas City-St. Joseph in Missouri at the Priory of Our Lady of Ephesus. The nuns, in their daily liturgical practice, are accustomed to chanting the very best of the Church’s musical treasures. They follow a monastic horarium as laid out by St. Benedict in his Rule. They chant the Divine Office together eight times a day in Latin according to the 1962 Breviarium Monasticum.

What is so wonderful about each one of their CDs is that these nuns sing with such remarkable sincerity. They thus reveal to the listener why this traditional music exists: namely, in order to embody the lovely movements of a prayerful heart.

Pope Francis garnered much attention when, in Evangelii Gaudium, he condemned what he called “narcissistic and authoritarian elitism” (EG 95): “In some people we see an ostentatious preoccupation for the liturgy, for doctrine and for the Church’s prestige, but without any concern that the Gospel have a real impact on God’s faithful people and the concrete needs of the present time. In this way, the life of the Church turns into a museum piece or something which is the property of a select few.”

As if to illustrate precisely the opposite—how to avoid “narcissistic and authoritarian elitism”—the Benedictines of Mary, Queen of Apostles, have made this beautiful music easily accessible and widely available. Far removed from any sort of elitism that says that this is the only type of music that should be heard in church, far removed from any sort of axe-grinding ideology, the purity and sincerity of the voices of these women shines forth again and again on their recordings. For those who would banish women from singing the antiphonal propers at Mass (on the basis of misreading a passage from St. Pius X’s 1903 motu proprio, Tra le Sollecitudini), the stunning beauty of this CD demonstrates how ridiculous that attitude is.

As on their previous CDs, the nuns sing the hymns and chant the antiphons at nice tempos. The music never gets bogged down; it never drags. Instead, it moves right along, even in the quietest passages. And for amateur singers, it is truly remarkable how nice their phrasing is.

Clocking in at 78 minutes and 43 seconds, the nuns’ new album is the perfect musical accompaniment for your Lenten meditations this year. In fact, it is like a double album; one album with tracks all in Latin, and another album with both original and traditional hymns in English. On my own personal playlist, because my favorite tracks are the tracks in Latin, I have divided it up accordingly:

THE LATIN CLASSICS — Lent at Ephesus, “Part 1, Side A”

THE LATIN CLASSICS — Lent at Ephesus, “Part 1, Side B”

THE ENGLISH ORIGINALS — Lent at Ephesus, “Part 2, Side A”

THE ENGLISH TRADITIONALS — Lent at Ephesus, “Part 2, Side B”

3. God of Mercy and Compassion

4. Hosanna to the Son Of David

This is my way of simulating my childhood experience of listening to a vinyl double album. Although everything is now digital, I still like to pretend that I have a gatefold LP set of two vinyl records with two sides each. I like doing this on my playlists because it allows me to take healthy breaks of approximately 20 minutes within my workdays. A 20-minute “album side” is the perfect length for me, perfect both for relaxing and for focusing, paying full attention to the music while also quietly meditating on the lyrics. Any longer than 20 minutes would not fit my schedule or my now digitally-abbreviated attention span.

Indeed, I find that the playlist scheme listed above works well, but I have to move “Crux Fidelis” and “Ave Regina Caelorum” to my “Part 2, Side A” list to get the running times to balance out to fit the customary vinyl-side lengths: Part 1, Side A is 18 minutes; Part 1, Side B is then 20 minutes (and note how they thus each end with a different arrangement of “Adoramus Te Christe”); Part 2, Side A is then 21 minutes (after moving “Crux Fidelis” and “Ave Regina Caelorum” down into it); and Part 2, Side B is then 21 minutes.

If we just focus our attention on the Latin tracks for a moment, notice that every single one of these compositions is sublime. Every single one of them is a musical treasure. Perhaps some of them may be recognizable to you from their places within the Lenten liturgy. In any case, everyone should become familiar with them and their place within the liturgical cycle. The nuns’ record company, DeMontfort Music, has made sure that the CD booklet has helpful notes to this effect.

It’s hard to pick favorites. “Improperia,” “Stabat Mater,” and “Crux Fidelis” are epic in their scope, each one being over seven minutes in length. But if that is too much for you at first, why not cultivate your taste by beginning with two of my favorite masterpieces. First, Palestrina’s polyphonic version of “Pueri Hebræorum.” Second, Venantius Fortunatus’ “Vexilla Regis,” long considered one of the greatest hymns ever written. The nuns do a nice version that is a little bit different from the Latin you may be familiar with from elsewhere:

The banners of the King go forth;

The mystery of the Cross brightly shines,

On which gibbet hung the flesh of the

Creator of all flesh.

He was wounded by the

Cruel point of a lance –

Water and blood flowed forth

To wash away our guilt.

Now is fulfilled what

Saying unto the nations:

God hath reigned from a Tree.

Adorned with the purple of the King,

Chosen to hold on thy worthy trunk,

O blessed Tree upon whose branches

Hung the ransom of the world,

Weighing that body as in a balance

And snatching away the prey of hell.

Hail, O Cross, our only hope!

Make the righteous greater in virtue

And bestow grace upon sinners.

May every spirit praise Thee,

Rule forever over those whom

Thou savest by the mystery of the Cross. Amen.

In English, the nuns have three original tracks: “Divine Physician” (track 13) is a hymn written in 2012, in which the chorus melody is derived from the Passiontide Responsory and its lyrics are inspired by Mark 2:17 and Ezekiel 33:11; “Mother of Sorrows” (track 15) is an original piece written in 2007 with lyrics adapted from the closing poem of St. Alphonsus Liguori’s Victories of the Martyrs; and “My Mercy” (track 23), which calls to my mind St. Faustina, and interestingly (so the nuns inform us) “remains a perennial favorite of the community.”

“‘My Mercy’ is an interior prayer that was brought forth in song in 2007, with the final chorus being added a year later,” explains prioress Mother Cecilia Snell. “It encapsulates the whole of the interior life of prayer to which we have been called, that of imploring Christ to pour out the mercy from His pierced Heart upon all souls.”

Of the English tracks, my own favorite composition is the beautiful “O Sacred Head Surrounded” with music by J.S. Bach from his “St. Matthew’s Passion” (BWV 244) and lyrics translated from St. Bernard of Clairvaux, to whom “Salve, caput cruentatum” was traditionally attributed. Truly, we must admit that Lennon and McCartney pale in comparison to Bernard and Bach.

Everybody is going to have their own personal favorites among these 23 tracks. So, my recommendation is that you too create your own playlist from this CD for use in some daily quiet time for reflection and meditation.

Here’s one idea: You can listen to the nuns’ three original tracks every day, taking them to heart. Further, you could then assign the remaining 20 tracks to the 40 days of Lent. You can spend two days with focused attention on just one track: listen to it multiple times and meditate on the words. Start with the Latin ones, if you find them more difficult; this is Lent, after all.

Whenever you are learning one of the Latin tracks, follow along directly in the Latin text at first, and then get to learn the meaning of it in English line-by-line later on. You will find that this simple exercise will be time well spent. And you will have highly appropriate Lenten music filling your heart and mind for the whole season.

Hans Urs von Balthasar, in the first volume of his The Glory of the Lord: A Theological Aesthetics: Seeing the Form (Ignatius Press, 1989, p. 18) writes,

We no longer dare to believe in beauty and we make of it a mere appearance in order the more easily to dispose of it. Our situation today shows that beauty demands for itself at least as much courage and decision as do truth and goodness, and she will not allow herself to be separated and banned from her two sisters without taking them along with herself in an act of mysterious vengeance. We can be sure that whoever sneers at her name as if she were the ornament of a bourgeois past—whether he admits it or not—can no longer pray and soon will no longer be able to love. Why not show some courage and decision? Why not make the truth, goodness, and beauty offered to us by the Benedictines of Mary, Queen of Apostles, part of your daily Lenten meditations this year? What better way is there to spend Lent other than like the nuns of Ephesus? In prayer—and in love. 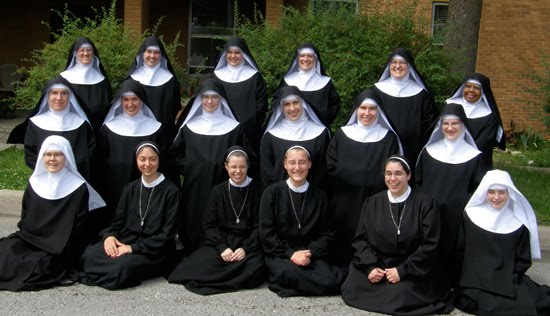 3 posted on 03/04/2014 1:30:38 PM PST by Veto! (Opinions freely dispensed as advice)
[ Post Reply | Private Reply | To 2 | View Replies]
To: Veto!
I actually spent one Christmas at Ephesus with a Jewish friend. The Turks were delighted to see Americans, and we were delighted to see more Christmas decorations up in Istanbul than in liberal Seattle.

A once in a lifetime experience ... and the memory of that trip lives on. This is the beauty of travel. Thanks for the post and ping!

According to Catholics, Lent is derived from the 40 days Yeshua spent fasting in the wilderness, but it is admitted that the observance of Lent was unknown to the disciples and it did not find its way into the church until several centuries after the time of the Messiah. Lent was an indispensible preliminary to the great annual festival in commemoration of the death and resurrection of Tammuz — which was celebrated by alternate weeping and rejoicing. So the 40 days of Lent is connected with the Babylonian goddess Ashtoreth/ Astarte/Ishtar (the origin of the word Easter), and the worship of Tammuz.

but of course you knew this... 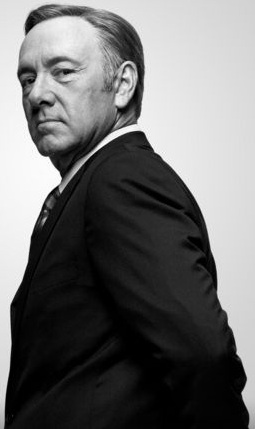 I’m giving up all popish traditions for lent.

The foolishness is starting early this year.

Most of the people between Babylon and England didn't speak English, and none of them call Easter by a name that sounds anything like "Easter" or "Ishtar". Those in France, Italy, and Greece all call it by name that sounds like the Hebrew "pesach". Can your theory explain how this allegedly "Babylonian" influence jumped several thousand miles, centuries before air travel?

One of the fascinating tidbits that pseudo-scholars like Alexander Hislop never bothered to consider. 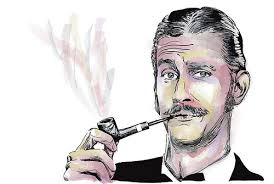 Your theory is quite fascinating, I'm sure.