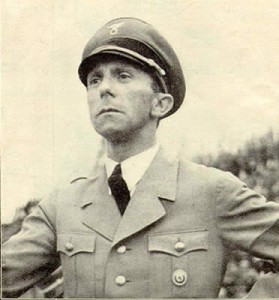 SNAP’s 2011 petition charged the Holy See with “crimes against humanity,” but the International Criminal Court unmasked SNAP’s true agenda – and rejected it.

The headline was “The Hague Tosses SNAP’s Nutty Lawsuit Against the Vatican, SNAP’s Latest P.R. Stunt Exposed.” The Hague is the seat of government of the Netherlands, and the base of the International Court of Justice. It took almost two years, but the International Criminal Court has rejected a 2011 attempt to prosecute the Pope and the Vatican with a charge of “crimes against humanity.” The petition was brought by SNAP – the Survivors Network of those Abused by Priests. SNAP was aided and abetted in the petition by the radically left-leaning Center for Constitutional Rights based in New York.

In rejecting the petition last month, the International Criminal Court ruled that SNAP’s claims do not “appear to fall within the jurisdiction of the court” which accepts only cases reflecting “the most serious crimes of concern to the international community as a whole, namely genocide, crimes against humanity, and war crimes.” In other words, as The Media Report’s David F. Pierre pointed out, the ICC is not a place to air shameless publicity stunts.

And “shameless publicity stunt” was always the sole point of this petition. It was never a serious endeavor, and this outcome, though slow in coming, was always predictable. I predicted it in an October 2011 post on These Stone Walls entitled “SNAP’s Last Gasp! The Pope’s ‘Crimes Against Humanity.’ ”

The entire project was staged by SNAP and the Center for Constitutional Rights (CCR) just to generate headlines, and the mainstream media took the bait. News of the petition appeared in almost every major newspaper in the United States. In news interviews, CCR attorney Pam Spees described the SNAP petition:

“Crimes against tens of thousands of victims, most of them children, are being covered up by officials at the highest levels of the Vatican.”

The tone and content of the rhetoric was eerily similar – verbatim, even – to another propaganda campaign against Catholic priests that I wrote of in “Catholic Scandal and the Third Reich: The Rise and Fall of a Moral Panic.” Few of the same newspapers that trumpeted the SNAP petition against the Vatican ever bothered to cover the ICC’s summary dismissal of the case. We had to rely on the Catholic League for Religious and Civil Rights to issue a press release, and on The Media Report to publish this story. For me, the most shameful aspect of this SNAP publicity stunt was that I became an unwitting and unwilling part of it.

At about the same time SNAP filed its crimes against humanity petition with The Hague, The Media Report published a synopsis of new evidence and new issues in my appeal. It was entitled “Alarming New Evidence May Exonerate Imprisoned Priest.” Ignoring that new evidence – and maybe even in response to it – SNAP included some of the more lurid claims in the case against me in its petition to defame Pope Emeritus, Benedict XVI.

Some astute media writers picked up on this. Shortly after I wrote of this “crimes against humanity” charge in “SNAP’s Last Gasp” in 2011, I received a letter from JoAnn Wypijewski, a highly regarded writer on justice, law, and politics at The Nation and Harpers for over twenty years. She is clearly considered by many to be a writer on the social and political left – even the radical left – making her analysis of SNAP and this petition significant. Ms. Wypijewski wrote that she had been reading my new appeal brief at the National Center for Reason and Justice, and added:

“I am simultaneously reading CCR’s brief on behalf of SNAP. In truth, it is SNAP’s brief, flecked with all that organization’s typical arguments and phraseology. The brief mentions you, and claims that you videotaped having sex with your victims. It is typical of SNAP that every accusation is truth; the word, ‘alleged’ never appears with respect to claims made against priests. It is a disgrace.”

Of course, no one in SNAP or the CCR has ever seen such videotapes because they have never existed. “A disgrace” pretty much sums up this failed petition, but it also sums up the mainstream news media’s readiness to be continually duped by SNAP.The Media Report quoted Laurie Goodstein at The New York Times:

“It’s unlikely that the [International Criminal Court] will take this up, but they won’t be able to dismiss it easily. They may have to open up a preliminary investigation.”

That’s ridiculous, of course. The ICC dismissed the petition without much in the way of consideration because SNAP was clearly using it is a publicity stunt. Laurie Goodstein, like many in the media, was duped. The “investigation” she called for should have been carried out by the news media itself before it accepted being spoon-fed such unjust and uncorroborated claims from SNAP – claims that always seem to have the same goal in mind: to generate unquestioned settlements and keep the American Catholic ATM open and the cash flowing. The media’s all-too-ready stance to pursue anything anti-Catholic was analyzed in a recent post of mine entitled, “Strike the Shepherd: Behind the Campaign to Smear the Pope.”

Now that SNAP’s case against the Vatican is dismissed, I want to ask TSW readers to be vigilant about exactly what took place here. It all happened once before in an organized and highly motivated propaganda campaign – in that case launched in 1937 by Adolf Hitler’s Minister of Propaganda, Joseph Goebbels. It can happen again. In fact, it HAS happened again. In his closing arguments at my 1994 trial, the prosecutor openly invoked the name Adolf Hitler before my jury.

The Book of Revelation, Chapter 13, speaks of a beast – “a false prophet” – who produces great signs “to deceive the people.” The number of the beast (Revelation 13:18) is “a human number.” It is 666. We’ve seen this beast before in human history, and it didn’t die with Joseph Goebbels and Adolf Hitler.

I hope I’m not the only person to have noticed: the Center for Constitutional Rights – the radical group representing SNAP in its childish, self-serving, misguided, and poorly informed attack on the Church and Pope – is located at 666 Broadway in Manhattan. (Excerpted from Snap’s Last Gasp)

There is something you might find shocking about the Center for Constitutional Rights that became a willing stooge for SNAP. You’ll find it at the conclusion of my own post on the ICC petition, so I’m giving myself the last word on this. I hope you will read about the agenda of SNAP and the CCR in this scurrilous petition described clearly in “SNAP’s Last Gasp! The Pope’s ‘Crimes Against Humanity.’”

“The Catholic clergy is collaborating with the enemies of our country in a truly treasonable manner. I could burst with rage when I think that we cannot possibly call the guilty ones to account now. We shall save our vengeance until later. . . A number of Catholic and Protestant ministers have been sentenced to death. They had offended the German armed forces in a most cowardly manner. I proposed to the Führer that the verdicts, together with the opinion of the court, be published.” ~ Joseph Goebbels, Reich Minister of Propaganda

TOPICS: Catholic; Current Events; Religion & Culture; Religion & Politics
KEYWORDS:
Father Gordon J. MacRae has served nearly 17 years of a prison sentence of 33½ to 67 years. Convicted of sex offenses, he has steadfastly maintained his innocence, even rejecting plea bargains that would have freed him years ago.

In 2005, a Pulitzer Prize-winning journalist for The Wall Street Journal published an account of the travesty of justice by which Father Gordon MacRae was convicted (see “A Priest’s Story”). It is a story, described by the late Father Richard John Neuhaus in First Things magazine, of “a Church and a justice system that seem indifferent to justice.” Fr. Neuhaus, along with the late Cardinal Avery Dulles, encouraged Father MacRae to write. In 2005, Cardinal Dulles asked him to contribute “a new chapter to the volume of Christian literature from believers who were unjustly imprisoned.”

Fr. MacRae’s writings from prison have appeared in First Things, Catalyst, The Catholic Response, online at PriestsinCrisis.com and numerous Catholic blogs, and they are now collected at his blog These Stone Walls. (Fr. MacRae has no access to electronic communication and has never seen his own blog. He communicates online through others who post his writings and deliver comments to him though mail or by telephone.)

I thought the commie libs decided to use SNAP as the new name for Food Stamps.

States parties to the Rome Statute of the International Criminal Court

“On 21 January 2009, the Palestinian National Authority formally accepted the jurisdiction of the Court.[7] On 3 April 2012, the ICC Prosecutor declared himself unable to determine that Palestine is a “state” for the purposes of the Rome Statute and referred such decision to the United Nations.[8] On 29 November 2012, the United Nations General Assembly voted in favour of recognising Palestine as a non-member observer state.[9]”

“The Court can automatically exercise jurisdiction over crimes committed on the territory of a State Party or by a national of a State Party. States parties must co-operate with the Court, including surrendering suspects when requested to do so by the Court.”
http://en.wikipedia.org/wiki/States_Parties_to_the_Rome_Statute_of_the_International_Criminal_Court

Here’s the rub: The Holy See is a UN non-member observer state, just like Palestine. But has it agreed to the “Rome Statue”?

The Netherlands is one of the most secular countries in Western Europe, with only 39% being religiously affiliated (31% for those aged under 35), and fewer than 20% visiting church regularly.[2]

Same-sex marriage (Dutch: Huwelijk tussen personen van gelijk geslacht[1] or commonly homohuwelijk)[2] has been legal in the Netherlands since 1 April 2001.[3][4] The Netherlands was the first country in the world to legalize same-sex marriage.
http://en.wikipedia.org/wiki/Same-sex_marriage_in_the_Netherlands

The Netherlands is known for its liberal policies on matters such as sexual orientation. The public widely supports tolerance and equal rights for LGBT people,.[1] As of October 2011, while 90% of ethnic Dutch people in the Netherlands view homosexuality as moral, only 30% of Turks and 25% Moroccans share this opinion.[2] Hindus of Indian origin are reported to be in line with ethnic Dutch in terms of acceptance.[3]
http://en.wikipedia.org/wiki/LGBT_rights_in_the_Netherlands

To: Ryan A. MacDonald
Is this a false statement?:

"In the case of MacRae, who pleaded guilty in 1994 to charges of abusing five youths,....."
http://www.boston.com/globe/spotlight/abuse/stories4/030403_nhreport.htm

" MacRae was subsequently convicted in 1994 of one count of felonious sexual assault and four counts of aggravated felonious sexual assault based on conduct that occurred during "pastoral counseling" sessions at St. Bernard's parish in Keene where MacRae was a priest. See State v. MacRae, 141 N.H. 106, 107 (1996)."
http://www.bishop-accountability.org/reports/2003_03_03_NHAG/NHAG_10_MacRae.htm