Graduating from Downers Grove South High School in the mid-1980s, he initially took courses at College of DuPage in Glen Ellyn but soon opted to join the work force, securing a job with the LaGrange Post Office.

Meeting many residents over the years along his neighborhood route, he was often welcomed into their homes to see a new baby or to talk about the passing of a loved one.

Years later, Rosenbaum discovered that being there at intimate moments in people’s lives as a mail carrier had helped prepare him for his future ministry as a priest, the 40-year-old seminarian told the Catholic Explorer in a May 24 interview.

“I went from delivering the mail to delivering God’s word,” said Rosenbaum, who recently completed formation studies at University of St. Mary of the Lake/Mundelein Seminary and is scheduled to be ordained June 2 at the Cathedral of St. Raymond in Joliet.

Born in Cleveland, Ohio, he moved with his family to Downers Grove at the age of 6. When he was in sixth grade, young Rosenbaum told his teacher that he wanted to be a priest someday. That notion faded from his mind and didn’t resurface until nearly two decades later as he was watching a video about the reported apparitions of the Blessed Mother in Medjugorje, Bosnia-Herzegovina, he said.

A non-practicing Catholic at that time, Rosenbaum watched the devoted pilgrims reciting the rosary and thought back to his youth. He remembered the connection to the Lord that he had felt while praying as a youngster, he said. Wanting to rekindle that relationship with God, the then postal worker began reciting the rosary and attending daily Masses.

Becoming more steeped in faith in the late 1990s, Rosenbaum would regularly pray and participate in sacramental reconciliation. In prayer, “I found that a great sense of peace would come over me,” he said. And, “The liturgy came alive for me.” The seminarian described the actions of the priest, the people and the Lord during Mass as a “dialogue of love.”

One night as his fingers traced over the beads of his rosary, he said he felt the Lord’s presence. During those moments, he began contemplating the idea of serving God’s people as a priest.

The idea of leaving the security of his job with the post office for the priesthood, however, was a problem for him at first, he said. “I made a deal with God,” he said. At that time, he decided to let the idea gel in his mind for a year. If the notion remained in a year, “I would go into it wholeheartedly,” he said.

Throughout this discernment period, Rosenbaum continued to deepen his relationship with God through prayer and reception of the sacraments. He said that he also began to see signs that the priesthood could be his calling in life. He said the greatest indication came when a colleague that he hadn’t known well committed suicide. He mustered the courage to talk with the man’s family members at the wake.

The grief-stricken people were struck by his compassion and asked Rosenbaum to speak at their relative’s funeral. He accepted their request, but said he was quite nervous about delivering a eulogy. As he began to speak in front of the congregation, his anxieties “went away,” he said.

Rosenbaum soon found himself talking with his pastor at Divine Savior Parish in Downers Grove, Father Robert Pietras, about the possibility of priesthood.

“I was pleased,” Father Pietras told the Explorer. “But, not too surprised,” he added, noting that he had noticed Rosenbaum’s zest for the faith as he participated in Masses. Excited about the idea, the priest helped him connect with Father John Regan, who at that time was director of the Joliet diocesan Vocation Office. Rosenbaum soon began college-level studies at Conception Seminary College in Conception, Mo.

Most men who pursue the priesthood later in life rather than after high school typically have some sort of college background, said Father Pietras. This allows them to immediately begin theological studies. Rosenbaum, however, was as “green as an apple,” said the pastor.

Having completed all the necessary training from scratch is an “accomplishment.” Father Pietras added, “He will make a good, holy priest.”

In the meantime, support from his family for his vocation over the years has been “tremendous,” said Rosenbaum. “That has really been a blessing for me,” he added.

Before he started his studies to become a priest, he was “very quiet,” said Betty Rosenbaum, the seminarian’s mother. “I’m really proud of the way he’s blossomed. He knows how to extend himself now,” she told the Explorer.

With her son’s ordination approaching, the happy mother couldn’t hide her enthusiasm. Relatives from states across the country, including Arizona, Florida and Pennsylvania, would soon be arriving for the milestone in her son’s life. “We’re all very excited,” she said, speaking for her husband, Denis, and the rest of the Rosenbaum clan.

“He’s very sensitive to the needs of people,” said Father Thomas Sularz, one of Rosenbaum’s mentors. Speaking with the Explorer, he described the seminarian as friendly and down-to-earth. “He’ll be an excellent priest.”

Father Sularz was the pastor of St. Philip the Apostle Parish when Rosenbaum was interning in 2005 at the Addison faith community. “He did a superb job,” said Father Sularz, the current pastor of St. Daniel the Prophet Parish in Wheaton. The seminarian made himself fully available to the people of St. Philip the Apostle Parish, he said. He served as a catechist for parish religious education classes and brought Communion to homebound believers among other duties.

A former marathon runner, Rosenbaum related the priesthood to sports, saying, “You have to keep going” even during hard times. “I don’t want to ever walk away from the priesthood,” said the future priest whose name is listed with others who have bowled perfect games at the Bowling Hall of Fame in St. Louis.

As a Catholic priest, his goal would be to “get people to love and appreciate themselves and each other as God loves and appreciates them,” said Rosenbaum.

A former letter carrier, Mark Rosenbaum reflects on his life and call to the priesthood. The 40-year-old seminarian is slated to be ordained by Bishop J. Peter Sartain June 2 at the Cathedral of St. Raymond in Joliet.
2 posted on 06/01/2007 8:48:11 AM PDT by NYer ("Where the bishop is present, there is the Catholic Church" - Ignatius of Antioch)
[ Post Reply | Private Reply | To 1 | View Replies]
To: NYer
Most men who pursue the priesthood later in life rather than after high school typically have some sort of college background, said Father Pietras. This allows them to immediately begin theological studies. Rosenbaum, however, was as “green as an apple,” said the pastor. 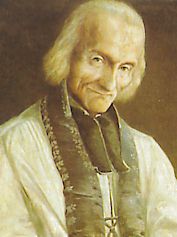 I hope that he has since put aside that Medjugorje nonsense!

** the 40-year-old seminarian told the Catholic Explorer in a May 24 interview.**

Medjugorje cannot be proved or disproved by the Vatican until the apparitions stop. Nothing has been decided............other than a bishop who was not supportive at first, but has changed his mind dur to all the conversions. (My interpretation only.)

Have you visited Medjugorje? Read anything about it?

**Have you visited Medjugorje?**

**Read anything about it?**

Yes! It is absolute evil spawned by Satan. A devil posing as an angel of light!