ABC News reporter Sam Donaldson is urging the Fox News Channel to fire loose-lipped swash-buckler Geraldo Rivera for giving away the location of the 101st Airborne over the weekend.

After praising most of the frontline reporters now covering the Iraq war, Donaldson told WABC Radio's "Curtis & Kuby," "There are two reporters who have been rotten apples. [Peter] Arnett is one and he's been fired. Geraldo Rivera is another, and he ought to be fired."

Taking note that Fox has apparently worked out a deal with the Pentagon that will allow Rivera to cover the war away from the front lines, Donaldson complained, "I believe in forgiveness, but first comes confession."

Meanwhile down the dial, New York Timesman Frank Rich was also complaining about Geraldo, telling Don Imus, "What could be a worse infraction than literally... giving away the position of our troops to the enemy. That seems to me a much more serious infraction, even if it were done innocently, than the stuff Arnett said."

Rich added that Rivera's gaffe was "certainly not helpful to the American war effort."

Oddly enough, neither Mr. Donaldson nor Mr. Rich seemed to object to Mr. Rivera's reporting while he was working overtime at MSNBC to save Bill Clinton from being booted out office, thereby allowing the ex-president another two years to continue dismantling the U.S. military.

In fact, since joining Fox after the 9/11 attacks, Rivera has been nothing if not a patriotic cheerleader, his serious blunder with the 101st Airborne notwithstanding. Arnett, on the other hand, is now reporting for the anti-American London Daily Mirror. He admitted Wednesday that he meant every word when he pronounced the U.S. war effort a failure during an interview with Iraqi TV.

Perhaps the reason some of Geraldo's former media buddies seem almost overjoyed at his predicament is because he has embarrassed the Fox News Channel, which is setting ratings records with its pro-American Iraq war coverage.

Read more on this subject in related Hot Topics:

Though, if the commanders of the 101st Airborne are not comfortable w Geraldo around...then their requests must be honored. FNC can find other things for Geraldo to do for war coverage.
8 posted on 04/03/2003 12:56:30 PM PST by UCFRoadWarrior (Stop Anti-American Bigotry......Ignore Hollywood And The Liberal Media)
[ Post Reply | Private Reply | To 1 | View Replies]
To: CatoRenasci
Geraldo is a gas bag
9 posted on 04/03/2003 12:56:54 PM PST by battlegearboat (April's shrapnels brings Saddam's vapors...boom, boom, boom, out go the lights!....and ears)
[ Post Reply | Private Reply | To 6 | View Replies]
To: kattracks
Geraldo has balls and a sense of timing that most of the "war correspondents" wish they had. Okay. Geraldo goofed. I still believe that the hourly briefings by the retired generals on FOX and elsewhere are as revealing as Geraldo's "strategy session in the sand".

Peter Arnett - Saddam Hussein's bag man
Jerry Rivers - Bill Clinton's colostomy bag
11 posted on 04/03/2003 1:00:00 PM PST by gcruse (If they truly are God's laws, he can enforce them himself.)
[ Post Reply | Private Reply | To 1 | View Replies]
To: kattracks
Whats the point, the media has no ethics. Peter was fired and then hired by another outlet. What is Sam's solution fire Geraldo and have ABC hire him tomorrow? They should both be gone and completely out of the buisness.

I also don't accept that Geraldos actions are comprable to Peters actions, Geralo is stupid but Peter is a traitor.

Maybe as host of Celebrity Boxing? 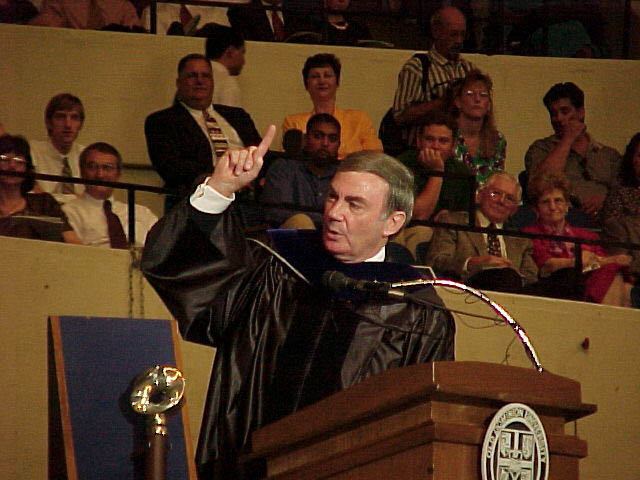 You got that right. The only reason Rich claims to give a sh!t about the safety of our troops is that he can use the issue to take a shot at Fox. In reality, he's more likely to agree with Nicholas de Genova, and he's waiting for the day pictures of US soldiers being dragged through the streets of Baghdad are shown world wide by Iraqi TV.

Too bad Sammy boy did not apply this same thinking to his pal Slick Willie Klinton.