Texas Gov. Greg Abbott gave the green light for thousands of specially trained National Guard troops to go to the Southern U.S. border and begin making arrests of illegal aliens who are trespassing in the state.

In a new deterrence approach to combatting the lasting effects of Biden’s border crisis, Abbott is using Operation Lone Star to grant Guard members new authority to make civilian arrests of illegal migrants beginning this week following at least “40 hours of traditional police training in the use of deadly force.”

Texas Department of Public Safety Director Steven McCraw confirmed to Todd Bensman of the Center for Immigration Studies that approximately 3,000 of these specially trained National Guard members are scheduled to go to the border over the next six weeks.

“Nobody’s ever really used the guard before in this capacity,” McCraw said. “We’re going to use them to actually secure the border. The governor, the legislature, and the citizens of Texas have made it very clear; they want the border secure. It is good for our federal partner as well. The federal government should be thanking the state of Texas, and it’ll make the rest of the country safer as we increase the level of security.”

The newly-armed Guard will primarily work with the Texas Department of Public Safety officers in overwhelmed areas such as Del Rio, Texas, to arrest, handcuff, and charge individual male illegal aliens who are traversing private ranchland to get into the United States.

“[Ranchland] owners have all entered into state agreements to become complainants in misdemeanor-level criminal trespassing cases that DPS officers will charge (and have been charging since July),” Bensman reported. “The so-called single male ‘runners’ run because they are still subject to federal instant expulsion policy to control the Covid-19 pandemic.”

Women, unaccompanied children, and family groups will not be arrested by the state.

Since the beginning of the fiscal year in October 2020, U.S. Customs and Border Protection (CBP) has encountered more than 1.5 million illegal aliens at the Southwest land border, according to official CBP data, including more than 200,000 migrant encounters in both July and August. The Washington Post reported yesterday that according to unpublished CBP data obtained by the outlet, border arrests hit an all-time high as “U.S. authorities detained more than 1.7 million migrants along the Mexico border.”

Abbott signaled earlier this month that the Texas National Guard was “gearing up” to handle the increasing number of illegal aliens making their way across the border using caravans.

“Texas National Guard is gearing up at the border for increased caravans attempting to cross the border caused by Biden’s open border policy,” Abbott tweeted. “They are working with the Texas Dept. of Public Safety to seal surge locations at the border & arrest trespassers.”

Texas National Guard is gearing up at the border for increased caravans attempting to cross the border caused by Biden’s open border policy.

They are working with the Texas Dept. of Public Safety to seal surge locations at the border & arrest trespassers.

He also noted the transport of tactical vehicles to the border at the end of September.

The @TexasGuard continues to surge equipment & personnel to the Texas border to provide more support to address Biden's ongoing crisis.

Texas is securing the border. pic.twitter.com/dZ4O6sXTEG

Honest question: Why wasn’t this done weeks or even months ago?

I guess better than nothing, but this is far from enough. Letting women and children to continue to invade? No. Arrest them? Then what? How about everyone immediately deported.

I would put in a massive land mine field where there is no border wall. This is an invasion and it is way, way past time we started treating it like it is.

Texas will have to take over illegal border jumpers.............no other choice.

How many adult males will be allowed in a “family group”?

Shhh. We’re supposed to lower our expectations and praise Abbott.

So whats the penalty for trespassing? 5 days in jail at the max? This is going to be Arrest and release isn’t it Abbott? Smooth! Texas being conned by this idiot again! If anything they need to be shot at like Alex Baldwin on a movie set to send the message INVASIONS WILL NOT BE TOLERATED!

Watch Biden nationalize these National Guard troops like
Kennedy did when George Wallace was trying to use them.

His handlers won’t let time sit and do nothing.

Of course the media will jump up and down about how mean
Abbott is, and what a humanitarian Biden is.

Bingo. Only state publicly they are using live rounds and it’s not a prop gun, and they have shoot to kill orders.

I am thankful he has made this decision!...Period! 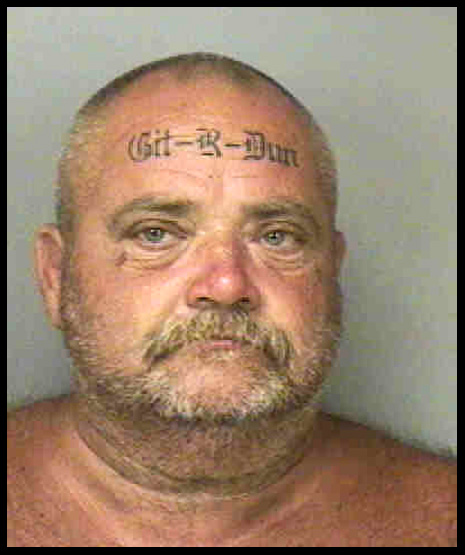 Part of the problem is that when the governor of the state activates the National Guard, in most cases the Feds can then place the Guard under Federal command and take them away from the Governor, so that’s a legal challenge to try to overcome. It also takes time to get funds for, assemble, and train then deputize forces - remember, the Guard is normally trained to break things and kill people, not arrest them. You can’t just wave a wand and make it happen in an acceptable fashion in seconds. Logistics *is* a thing.

This is over and above any political machinations or weaknesses that may or may not have been involved.

Does anyone know if Abbott used Army National Guard or Texas State Guard troops? As I understand it, if it’s the latter then Empty Shelves can’t federalize them.

I wish AZ and Cartelfornia would do this.

Deputize millions of willing, armed Texans and send them to the border.

Article states National Guard, but they may not realized there
are two possibilities.

Next: Texas National Guard engineers will be used to build the border wall on private lands.

Would some Freeper from Texas forward this suggestion to the right people in the state government. I don’t know anyone down there.