Some nine months into his tenure, it's evident that Biden's unity pledge ranks with former President Barack Obama's campaign whopper, "If you like your health care plan, you can keep it," which won him PolitiFact's Lie of the Year in 2013.

It's not just that Biden isn't producing unity; it's also that he's squandering the moment for a bad idea.

GOP senators provided the votes for a $1 trillion infrastructure measure so that it passed the Senate. They stuck their necks out. Then he bailed out in favor of a $3.5 trillion behemoth, dubbed Build Back Better, a darling of his party's progressive wing, but not the center.

With two years of free community college, universal preschool, and 12 weeks paid family and medical leave, Biden has set himself up to be not just better than vanquished President Donald Trump but a "transformational" president.

Democratic Sens. Joe Manchin of West Virginia and Kyrsten Sinema of Arizona believe that much spending is not good for America's wallet. In August, the Committee for a Responsible Federal Budget estimated the $3.5 trillion measure would force $2.9 trillion in borrowing over a decade and lift the debt to 115% of GDP by 2031.

They never intend to unify anything. They maintain their power by doing just the opposite.

He doesn’t care. He’ll keep doing this, and next summer the press will start covering for him 24/7.

They never wanted to unify. They want to divide. That’s how they use power - one side against another.

False premise. Biden is a rousing success for the political class and their donors. Division is worse than ever and becoming more toxic by the day.

And that is what they want. 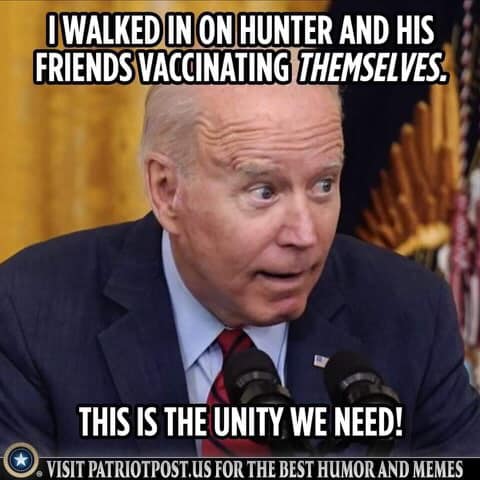 The big difference between Obama's promises and "Biden's" is that Obama knew what he was saying.

I will be dead a long time before I will unite with a lying, cheating, thieving son of a bitch like Joe Biden. Donald Trump is my President.

At least more Americans are now unified in disapproving his job performance.

The ‘poor sick old man should NEVER have even been a CANDIDATE for office.

That was never his plan.

Exactly, Obama did more to divide the races than unify, that's what he intended.

When your money become his

I won't try to prove you wrong because you are not wrong. Totalitarian government with them in charge is what they want.

I think some Dems actually believed it, but the smarter, more evil ones knew.