Has there ever in US history been a more pitiful Cabinet?
American Thinker ^ | 03/25/2021 | Patricia McCarthy

Susan Collins and Lisa Murkowski have once again betrayed the American people and voted to confirm one of the most insidious persons ever nominated to a Cabinet position, "Rachel" Levine. He will now be the assistant secretary of health. Levine was as toxic as N.Y. Gov. Cuomo when it came to rendering Pennsylvania nursing homes super-spreaders of COVID, but he put his own mother in a hotel. He knew what he was doing as surely as Cuomo did.

There is much to condemn this appointment, but most serious is Levine's promotion of medication and surgery for pre-pubescent children with gender dysphoria. Sane people realize that this is perhaps the most despicable form of child abuse that has currently won favor among trans activists. Surely, both Murkowski and Collins know full well that the vast majority of American people do not support such extremist views, but they apparently wanted to appear to be sufficiently "woke."

We are all beginning to realize, too late, that being woke is a form of mass hysteria meant to undermine every essential tenet of Judeo-Christian values. Being "woke" means adopting the new rules of the cancel culture, remaking America according to the whims of BLM and Antifa. BLM is a Marxist, anti-American, anti–nuclear family organization that is specifically pro-transgender. So Collins and Murkowski have revealed their inner anti-Americanism, a blatant betrayal of their constituents.

The question of the day is, why have any Republicans voted to confirm any of Biden's Cabinet appointees?

Every one of them has been chosen not for his expertise in any sphere of influence, but for his radicalism; the farther left these people are, the better in Biden's (?) view. Xavier Beccara probably belongs in prison.

Merrick Garland, A.G., could not admit that crossing the border illegally is in fact illegal.

I couldn’t believe it when I heard Merrick Garland actually said during his AG confirmation hearings that the Antifa terrorists who tried to burn down a federal courthouse in Portland were not terrorists because they did it at night!

Then there’s Secretary of state Blinken, who made an utter fool of himself, and thus the U.S., at his meeting with the CCP representatives in Alaska.

And then there is the hapless Alejandro Mayorkas, the new secretary of DHS. He is our very own Baghdad Bob. “No crisis at the border,” he keeps saying. The man is so unqualified for the job to which he’s been appointed that it would be laughable if it were not so deadly serious.

Lloyd Austin as secretary of defense! His job is apparently to purge the military of any and all Christians and conservatives. He has vowed to protect us from all those Trump-supporters he and the Democrats have decided are domestic terrorists. He’s already sent troops to Syria and stopped those who were set to return from Afghanistan from coming home.

Our adversaries around the world must be absolutely gleeful sitting back watching the self-destruction of this once great and respected country.

Gender hatred, light years beyond mere sexist discrimination, to the point of getting yourself surgery demonstrates severe mental illness. 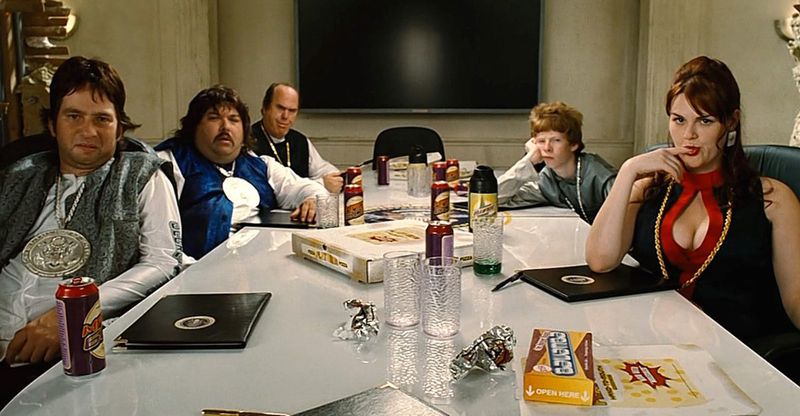 As evil as any Democrat.

There hasn’t been a more pitiful EVERYTHING.

The strongman over all evil spirit powers in the persons and entities presented to us as the President, Joseph Robinette Biden, Jr, The person presented to us as the Vice-President, Kamala Harris, Over Nancy Pelosi. Over Harold Reid. Over Charles Schumer. Over Dr. Fauci. Over William and Hilary Clinton. Over the persons known as Barak Hussein Obama and Michelle Obama. Over Susan Rice. Over Susan Collins. Over Andrew Cuomo. Over Senators Lisa Murkowski and Daniel Sullivan. Over Valerie Jarret. Over Gavin Newsom. Over Justice John Roberts and every other justice on the Supreme Court. Over William Gates and his cohorts Over George Soros. Over the CDC. Over the World Health Organization. Over Jay Inslee. Over Tom Wolfe and the man presented to us as Dr. Rachael Levine. Over each and every member of the Ninth Circuit Court. Over the IMF. Over the US Justice Department. Over the Border Patrol and All members of the American Military. Over every person in this initial post. In Jesus’ Name.

And we loose, in the Name of the Lord Jesus, and in His delegated authority given above, into the same persons and entities, the spirits of Truth, agape love, Justice, Salvation, Love, Sound mind, adoption as children of God, Repentance, Redemption, Salvation, Deliverance, Peace, and the Seven Spirits of God from Daniel and Revelation - And the spirit of the LORD shall rest upon them, the spirit of wisdom and understanding, the spirit of counsel and might, the spirit of knowledge and of the fear of the LORD . In Jesus’ Name we bind and loose this. Amen.

598: How to Bind and Loose
https://www.youtube.com/watch?v=CfGF42YB3KQ

OMG! Talk about unqualified useless losers. But hey, at least the boxes are getting checked. So who is the next deviant or UPOS to get the nod? Better not be a white person. Since tammy and crazy mazie said they’ll vote no if ‘it’s’ not the right skin tone. Can’t wait to avoid listening to mumbles this evening. If it actually happens. With the commie-lah lurking in the background like the grim reaper.

Ok, it would be difficult to top Levine for sheer weirdness and for being revolting. But oldsters may renember Bill Clinton’s cabinet. When they walked into the House chamber for State of the Union addresses, I used to howl with laughter. There was Robert Reich who was listed at 4’11” but seemed much shorter. There was Janet Reno who was quite large for a woman and rather tall (listed at 6’2”), more obscure figures like Education secretary Richard Riley who strongly resembled Mr Burns from the Simpsons... and gosh I forget who else. But trust me it was comedy gold.

Joselyn Elders was a winner. /s

Good taste in music too, she liked Eric Clapner.

What you never hear during campaigns (local, state, or national) is a listing of all the accomplishments (other than throwing money at everything) democrats have achieved. The reason is because there aren’t any. If one gives even a cursory glance at local, state, or national offices held by democrats one only sees failure and incompetence. How can they keep being elected? Corruption can be the only answer.

> Has there ever in US history been a more pitiful Cabinet?

Where are the Republicans? I understand the mainstream media does not give them any air time while concurrently trashing them with every -phobe, -ism and -ist in the book. I understand that Big Tech silences them. But Republicans don’t find a way. They don’t make forceful arguments. They don’t fight. This isn’t a new problem and quite honestly I don’t see it changing.

Caligula would have been jealous.