An Open Letter to Sen. Joe Manchin: How One Brave Man Can Save America and Change the Course of History
Townhall.com ^ | March 7, 2021 | Wayne Allyn Root

This is not your father's Democratic Party. These people are certified insane. Either that or they're hardcore, radical socialists and communists hellbent on turning America into Cuba, Greece or Venezuela. I believe it's a combination of both.

Every move President Joe Biden and his socialist/communist cabal makes takes us one step closer to the destruction of the greatest country and economy in the history of civilization.

Former President John F. Kennedy would never be accepted in today's Democratic Party. JFK believed in all the same things I do: He was pro-business; he supported lower taxes; he believed in strong borders; he loved the military (he was a war hero); and, most of all, he hated communists (he was willing to risk World War III with the Cuban missile crisis to prevent communists from building a military foothold near America's borders).

JFK is rolling over in his grave. The communists he fought are now running today's Democratic Party. By the standards of today, JFK is clearly a Republican.

By those same standards, United States Sen. Joe Manchin is a Republican, too. Manchin 100% represents the God-fearing, conservative values of the anti-open borders, pro-fossil fuel coal country of West Virginia. Today's Democratic Party has passed Joe by, and it no longer represents his constituents.

Joe Manchin is a reasonable, moderate, pro-business, Blue Dog Southern Democrat. West Virginia Joe has to be sick to his stomach watching Joe Biden and the Democrats open the borders, turn the whole country into a "sanctuary" for illegal aliens, let the whole world in to take away American jobs, kill coal and destroy America's global energy dominance.

Sen. Manchin, don't you find it insulting, bizarre and tragic that Biden calls states that reopen their economies during the pandemic "reckless" and "Neanderthal" at the exact same time he opens the country's borders, invites in illegal immigrants who could be carrying COVID-19 and Third World diseases, and drops them off -- even the sick ones -- at bus stations?

Who's the real superspreader? It's not Texas; it's Biden.

It sure seems like Biden and the Democratic Party are trying to kill middle-class Americans, doesn't it? Who would encourage sick foreigners to come to America during a pandemic and risk killing our citizens?

Is this what you stand for, Manchin? Is this what your West Virginia constituents stand for? You think they want to see every coal mine and coal plant shut down in the name of "global warming" while China builds hundreds of new coal plants?

Here's what I think: I think Joe Manchin is scared to death. He knows he's in bed with crazy people. He knows he's surrounded by communists, socialists, economic suicide bombers and racists who hate rural white people from places like West Virginia.

But I have the solution to save America, the people of West Virginia and Joe Manchin's career. It's a win-win for everyone!

Flip Joe Manchin and we flip the world.

Sen. Joe Manchin needs to flip to the Republican Party. Now. Today. The Senate will instantly go from a 50-50 split to a 51-49 split with a GOP majority. Biden will be blocked. Vice President Kamala Harris' vote will become meaningless.

With that one simple move, Joe Manchin will become the most famous, most powerful and most beloved politician in America. Sure, Democrats hate you, Joe. But who cares? You only answer to the conservative and Christian people of West Virginia. They'll make you into a folk hero. And 74 million Trump voters will build a statue of you next to George Washington, Abraham Lincoln and JFK.

Joe Manchin can change the course of history. He will single-handedly stop the socialist/Marxist/transgender takeover of America. In the bargain, Joe Manchin will save his own people of West Virginia.

Here's your chance, Joe. Find the courage. You will go down in history. We will never forget.

Joe Manchin is a BIG FAT PHONEY!!! He is nothing but a YELLOW DOG DEMOCRAT posing as a moderate!

Manchin is NOT our friend.....

Every chance when Trump was in office he made noise like he was going to oppose Democratic legislation but then always quietly voted for it.

FUTURE BOOK: “How One CRAVEN Man Did NOT Save America and Change the Course of History”

Joe Manchin is nobody’s idea of a hero. Doubt this will ever happen.

It ain’t happening - he’s a fraud. Manchin barely won his last election in a Democrat year. Since then, he’s twice voted to convict a president that carried his state by about 70%. Schumer had his vote whenever he needs it. He just voted for this 2 trillion dollar donation to the DNC. Does that sound like a moderate?

Joe sold his soul for a $100 change to unemployment bonuses! His soul is now in the pocket of Biden. The negotiations for Manchin’s vote on the Porkulus bill should have been made public. Actually, ALL official meetings should be ‘on the record’ with all of our employees!

Well some people do talk a lot. but then do just the opposite of what they are talking about. Perhaps Manchin is one of those?

He’s the weather vane of Congress.

MANCHIN IS A CLOUD OF DUST TO CONFUSE CONSERVATIVES 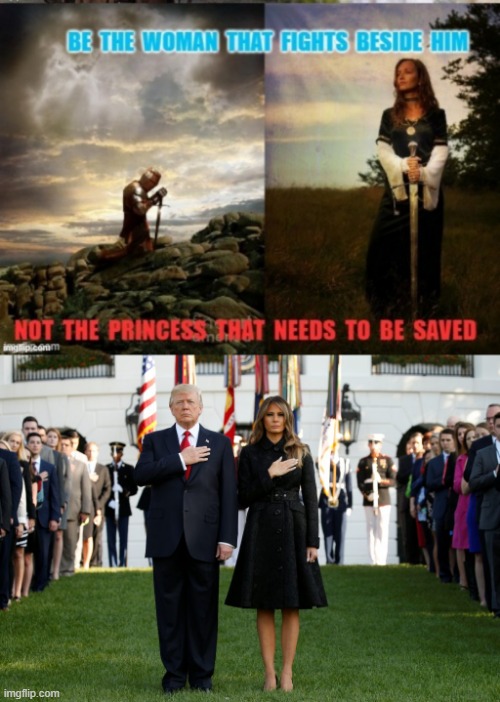 “Former President John F. Kennedy would never be accepted in today’s Democratic Party. JFK believed in all the same things I do: He was pro-business; he supported lower taxes; he believed in strong borders; he loved the military (he was a war hero); and, most of all, he hated communists “

I’m not sure Kennedy would even be accepted by Republican leaders, at this point - after all, Trump wasn’t any different, and he certainly wasn’t accepted.

After 500,000 Republicans in Georgia followed Lin Wood and boycotted the Senate Runoffs there (to ‘teach the GOP a lesson’), despite Trump TWICE visiting the state to implore them to vote, I don’t think we’re in much of a position to attack Manchin for being anti-Trump or trying to destroy the country.

And, by the way, that BRILLIANT STRATEGY (handing the Senate to the Democrats, without even making them cheat) is the only reason that MANCHIN, rather than conservatives, holds the fate of the country in his hands. So, it’s probably best not to attack him - after all, WE gave him that power, by trying to ‘teach the GOP a lesson’, because if he gets mad at us, it’s game over for the country.

See how that works.

But, Senator Manchin is owned lock, stock, and barrel by the remnants of Big Labor that still have power in West Virginia.

Thanks Liz, but sadly my post will sail over half the people here, who think their vote is some kind of ‘personal reward’ to the candidate (and party), rather than trying to prevent turning this country into Third World hell-hole. It really seems that the ability to think beyond petty personal grievances (such as thinking about the country they’re leaving for their grandchildren) just doesn’t exist with them.

And that is even after the BIGGEST victim of all in the fraud, Trump, is able to put it all aside and campaign for those Republicans in Georgia. The Republicans who sat out Georgia were not sticking it to Perdue/Loffer, or McConnell (they’re all rich, they’ll be just fine), they were sticking it to Trump (and us, of course), right in the face.

Blame voters of W.Va. They had a chance to primary the fraud but didn’t. Manchin excels at throwing useless and non-effective bones to the conservative voters when it’s safe to do so. Never expect a hero to emerge from the Senate. Need a traitorous backstabber? Behold thy Senate is stacked deep.

Ooops not primarying him but in the general election.