(JNS) “I have to say to the Orthodox community tomorrow, ‘If you’re not willing to live with these rules, then I’m going to close the synagogues,’” Governor Andrew Cuomo told religious Jews.

His basis for the decree was a photo of mourners who weren’t practicing social distancing at a funeral. But the photo of a crowd of Orthodox Jews on Cuomo’s slide was from 2006.

It was a very different message than Cuomo’s condemnation of bigotry when he had insisted, “There is zero evidence that people of Asian descent bear any additional responsibility for the transmission of the coronavirus.” The new message is, don’t blame the Asians, blame the Jews.

Cuomo was picking up where Mayor Bill de Blasio had left off in his infamous tweet targeting Orthodox Jews. “My message to the Jewish community, and all communities, is this simple: the time for warnings has passed,” the New York City leftist boss had raged.

Medieval bigots blamed the Black Plague on Jews poisoning wells. Modern Democrats blame the coronavirus on the Jews. Despite the plague of media narratives accompanied by photos of Chassidic Jews praying or mourning, there’s as little evidence for the latter as for the former.

Cuomo’s threat to synagogues was prompted by a supposed resurgence of the virus. De Blasio had already announced that the spike in the targeted areas would lead to school and business closures. Except that a number of those areas have African-American, Latino or Asian majorities. But instead Democrats and the media have focused in on the “Jewish” areas.

And even those “Orthodox Jews” areas are far from a homogenous monocultural community.

Chassidic Jews, a subset of Orthodox Jews, may stand out, but so do the Amish. So-called “Chassidic neighborhoods” in Brooklyn are...

TOPICS: Culture/Society; Government; Politics/Elections; US: New York
KEYWORDS: 2020election; akadeblasio; antisemites; billdeblasio; cuomo; deblasio; election2020; landslide; newyork; newyorkcity; orthodox; trumplandslide Navigation: use the links below to view more comments.
first 1-20, 21-25 next last
Start spreadin' the news, I'm blamin' the Jooos!
I want to have no part of it
Jooo! York, Jooo! York
These spiffy black shoes, are pandering to gays
And screw the very heart of it
Jooo! York, Jooo! York
I wanna to wake up, in a city that doesn't sleep
And find I'm king of the hill
Top of the heap
These middle-class Jooos!
Are spreading the plague
Their burning stores are part of it
The old New York
BLM will burn it down, I'll rule a brand new town
One cleansed of Jooos!, New York, New York
New York, New York
I want to wake up in a city that never sleeps
And find I'm a number one,…

Some mostly peaceful protests are more equal than others...

Nazis, Communists and Democrats hate Jews. What does that tell you?

Orthodix Jews tend to not vote Democrat... Hence, they are targeted by Benito Cuomo.

They vote in blocks and Ive seen it for myself, bus loads and they do vote for rats because they have thier hands out afterward and they get payback. Cuomo is tell the news and the people of NY one thing and secretly telling the orthodox community leaders another. Full of sh##

5 posted on 10/11/2020 7:46:50 AM PDT by ronnie raygun ( Massive mistakes are made by arrogant fools; massive evils are committed by evil people.")
[ Post Reply | Private Reply | To 4 | View Replies]
To: dennisw; Cachelot; Nix 2; veronica; Catspaw; knighthawk; Alouette; Optimist; weikel; Lent; GregB; ..
Middle East and terrorism, occasional political and Jewish issues Ping List. High Volume If you’d like to be on or off, please FR mail me. 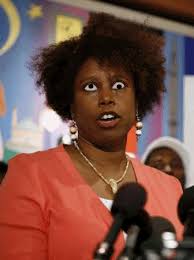 For some reason, the evil always do.

“If you’re not willing to live with these rules, then I’m going to close the synagogues,’” Governor Andrew Cuomo told religious Jews.”

Hitler did the exact same thing. Next was murdering.

“...Centuries will pass, but from the rubble of our city, our hatred of those who are to blame, international Jewry and its lackeys...I have made it clear that if they treat the nations of Europe as tools that may be bought and sold by these international swindlers for money and material support, then that race, the Jewish race, which is truly responsible for this murderous struggle, shall bear the consquences...Above all, I oblige the national leadership and its followers to observe the racial laws scrupulously and subject the poisoner of all nations — international Jewry — to merciless resistance.”

—Hitler’s will, written only a few hours before his suicide
April 29, 1945

The Democrat/Communist leadership, taking its cues from tyrants of the past, is increasing its hobnail-boot pressure on the necks of American Jewry. And as the rights and privileges (along with the lives?) of the Jews swirl down the enameled bowl of Socialist benevolence, the Jews will steadfastly vote Democrat.

I send articles like this to my brother-in-law and his Jewish wife. Does not faze them in the least.

Williamsburg used to do like that. I don’t think they still do. That was so 9/10.

Weird. Day after Cuomo made his declaration I was listening/watching a YouTube of NYC walking tour of an Orthodox area in Queens by an Asian. And he read a chat from a listener who was blaming the Jews for the outbreak - something like the Jews are responsible b/o their orthodox beliefs.

I was proud of my Asian friend (ActionKid) when he stood up for the Jews saying everyone is entitled to their beliefs.

I got a bad feeling from the chat person; not just a feeling of antisemitism...it was like what happened in Hitler’s Germany. It was bad.

Super - love it. How long did that take? Just curious..it is great!!

We know the country of origin for this virus...we also know Trump did what was humanly possible to hault it’s spread. But it was a virus that wasn’t known except it was spreading rapidly and relentlessly in China, which was kept hidden until exposed by ‘citizens’ in China breaking through their firewall.

You cannot stop a virus.....cases of the disease will start decreasing when enough people develop immunity, either through infection or vaccination...and/or it could continue to circulate and establish itself as a common respiratory virus.

Pandemics end when the virus doesn’t have enough susceptible people to infect to keep the chain going....

Well the Orthodox Jews in New York City refused to social distance or wear masks throughout this and clearly stated so. ....so of course they made themselves a target of blame for spreading the virus from the get go.

Frankly the coronavirus outbreak will end when the print and electronically transmitted media see the coronavirus coverage ratings plummet to such a degree that a new calamity will be needed to supersede it....right now it’s a political weapon being used by the Demorats so I don’t see it going away until after the election...