Joe Biden’s campaign said they would pull negative ads upon news that President Trump had tested positive for coronavirus and was being admitted to Walter Reed Medical Center. I mean, they can, not because this was done out of the goodness in their hearts, but because their allies in the media can do all the attacking for them during this hiccup in the 2020 election cycle. Also, it’s not true that the Biden camp yanked all their negative ads (via Fox News):

“Despite pledging to stop his negative advertising, nearly 100 negative Biden ads slandering the president and lying about his record have aired today while the president is at Walter Reed," Andrew Clark,Trump 2020 Campaignrapid response director, told Fox News on Saturday. "Meanwhile, Joe Biden has continued to attack the president in his speeches."

Biden's campaign said it's not as easy as flipping a switch to pull down all negative ads nationwide across hundreds of TV stations. It may take a day or so for the ads to be fully removed from the rotation, but Biden is committed to doing so, the campaign added.

Another issue is one of those ads running Saturday wasn't deemed negative by the Biden campaign, but rather factual.

Well, it didn’t stop there. Apparently, Joe Biden decided to elaborate to his tens of followers about Trump being delivered a “death blow” as he battles his infection. You know, maybe Joe misspoke, maybe he didn’t. The two men obviously do not have a lot of love for one another, but Sean Davis of the Federalist aptly noted that this little stump bit was “disgusting,” to say the least. The good news is that Trump won’t wither like Mitt Romney. He’ll fight back. His team is already on this—and they’ll deliver a nice counterpunch soon.

Definition of "Coup de grâce": a final blow or shot given to kill a wounded person or animal.

This is a knife fight, folks. It’s an election. There are no brownie points for ‘doing the right thing’ or ‘being the better person.’ There’s only winning this election. The final weeks of this campaign will be nasty. Be prepared to get into the gutter. Their side is always ready to do so. Our side…not so much. This must change as the Democrats become more radical and utterly insane.

hes got the right running mate for a blow

Ain’t what he said

but, he was talking to a small school bus throng of supporters

Ask Kamala about a death blow.

Is the ANYTHING AUTHENTIC about Biden?? From lying about when he met his second wife (here’s a secret.....it was before his first wife drove right in front of another vehicle and died) To pretending he would ever know how to govern.

I cannot believe there are so many stupid Biden supporters in this country.

Washington Examiner said he said at the the Little Haiti Cultural Center in Miami that he wanted the Haitian voters to deliver the coup de grace to his opponent Trump in this election.
“Think about this: Wouldn’t it be an irony, the irony of all ironies, if on election eve it turned out Haitians deliver the coup de grâce in this election?” Mr. Biden said through a face mask. “So ladies and gentlemen, good news is for me, I’m here.

This all seems like a nightmare or a Babylon Bee story going viral. But apparently he said that.

I have to laugh every time the Wiley Coyote congressional Dems and their media allies think they have Roadrunner Trump cornered and are about to drop an anvil on his head like Russia, Stormy Daniels, Ukraine impeachment, his personal taxes, never ending racism charges, etc, he manages to outrun them. They must be severely disappointed to see him walk out of that hospital. MEEP!!MEEP!!

Oh, no the Bite me camp didnt run any negative ads while POTUS was in Walter Reed, his surrogates, ahem, “not associated” with the Creepy Joe campaign (cough cough) did the dirty work

I’m in CA and I saw a Biden attack ad yesterday, so, no, they did not take down their ads which criticize the president.

Biden supporters having a normal one pic.twitter.com/8bZMxUHnCQ 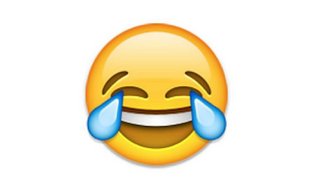 And Jill boasted about walking up to his first wife during one of Joe’s victory parties and introducing herself.

Jill was marking her territory- make no mistake. The first wife probably knew Joe was having an affair with her.

Don’t have my pics but for later

Fine by me to say whatever you want Biden. Just do cry a river when Trump kicks you in the mouth 10 times harder.

Fine by me to say whatever you want Biden. Just dont cry a river when Trump kicks you in the mouth 10 times harder.