It will probably take months if not years for the truth of the Covid-19 pandemic to emerge, but when it does will any politician take responsibility for the lies and disinformation or the damage this hoax caused this great nation? I don’t think so, but what it did prove was what happens when the Democrats are in charge. They may not be in the White House but it is the House that wields the power over legislation and our money. Couple this power with the useful idiots in the mainstream media to promote the widespread hysteria, and we then had the total capitulation of a frightened nation that accepted an unprecedented total lockdown of its existence. Shame on us.

If the fourth estate had done its job or had any integrity left, it would have reported the actual figures of the coronavirus’ impact instead of what would generate the most fear. So what is the truth? Why did hospitals and doctors count practically all deaths, even motorcycle accidents and cancer deaths, as Covid-19 deaths? Could it be because of extra government funding for these cases?

The CDC released a very controversial report that the actual death rate due to the Covid-19 alone was miniscule compared to what was reported in the mainstream news. Reuters is listing 194,147 as covid deaths as of September 14, 2020.

In an August article by Leslie Eastman in Legal Insurrection.com, a chart was posted with CDC figures:

If COVID-19 is a hoax, the entire world was taken in, not just the United States.

When, in the course of human events, it becomes necessary for one people to dissolve the political bands which have connected them with another, and to assume, among the powers of the earth, the separate and equal station to which the laws of nature and of nature’s God entitle them, a decent respect to the opinions of mankind requires that they should declare the causes which impel them to the separation.

That, whenever any form of government becomes destructive of these ends, it is the right of the people to alter or to abolish it, and to institute new government, laying its foundation on such principles, and organizing its powers in such form, as to them shall seem most likely to effect their safety and happiness.

OUR finest fought and died so that we could be U.S.A. - United Slaves of America...LOCKED DOWN? 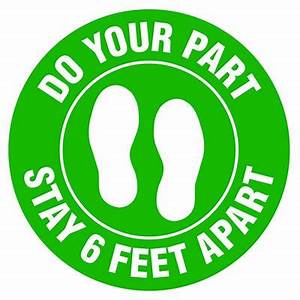 Not a hoax but perhaps a globalist political conspiracy against Trump and rising US nationalism?

First the hoax to depose a sitting president and now the hoax on the American people, there is a pattern and a plan and there are may players. Vigilance and determination is needed on our part to not only stop it but destroy it! The cancer runs deep and is close to being terminal.

The supposed virulence is the hoax. If we had treated H1N1 the same way, looking for it everywhere, testing indiscriminately, attributing it every death with the presence of the virus, we would have found it to be worse potentially than Covid over a full year.

It’s global because the billionaires wanted it that way.

For me, this was like the Zimmerman/Martin story. When I first heard the story, I accepted the MSM vernacular because, well, it was like reading about a murder thousands of miles from my home. But as it got more serious, I started asking questions and doing research. But early April I considered it a non-story.

The first thing that caused my ears to perk up was the constant use of the word, “Terrifying” to describe the symptoms of those that were mere cases. It was not just hyperbole, but seemed to be coordinated hyperbole. This is when I started thinking we were being snookered.

And now, I’ve been banned multiple times from forums, not for breaking rules, but for saying “dangerous” things, like posting articles suggesting HCQ works.

The whole thing became high comedy for me in May. I said in April that if the lockdowns went past May 1st there would be rioting by the end of May. I was almost wrong, but the lemmngs came through for me the last weekend of May.

And here is the extra funny part. I actually said to my wife, last February, “Have you noticed BLM has been out of the front pages for years? The election is coming up. I wonder if the left is gonna resurrect them.

And here we are. The rioting is not about some unfairly treated black guy. At least one of those a month is created SOMEWHERE in a country of 330 million. No. That is the excuse. The rioting was caused by the lockdown. And it’s not just the US.

A hoax is another form of propaganda, right?

I didn’t fall for this sham cause I stand with God,family and country.

I don’t think masks help. In Wisconsin,the cases of covid19 have accelerated since requiring masks to go inside a public building.

Quarantine the sick. Shield the vulnerable. Free everyone else.

Are you saying all the deaths were faked?

Certainly this viewpoint would be in the extreme fringe here in Japan; a certain portion, 1 percent maybe, would think that. This in a country currently now with 1 / 190 the COVID death toll as in US. It’s taken deadly serious here in highly educated Japan and the low infections and death toll —via public mobilization—verifies it.

At some point, we have to stop calling them 'useful idiots'.

Masks trigger me. I want to pull them off people and blow my breath in their faces.

When does the shooting start and at whom should it be directed, and who is to give the signal or order(s)?

Are you publicly advocating certain action or actions in your post? Please clarify.

And dictators and want to be dictators around world and in the United States have taken note about how easily we fell for the hoax.

Even conservatives, who usually question what they are being told by the government, fell for it.