Steve Bannon has been federally indicted for conspiracy to commit wire fraud and money laundering in connection to a crowdfunding campaign to build a border wall. Bannon was arrested this morning in Washington, D.C. on charges he and others allegedly made false representations about the “We Build the Wall campaign.”

Bannon, 66 is expected to appear in court virtually on Thursday.

Prosecutors said Bannon and others defrauded hundreds of thousands of donors to the online campaign by falsely assuring them the organizers were not taking a penny of donation money — Bannon had publicly stated, “we’re a volunteer organization.”

“Those representations were false,” the indictment said.

The defendants allegedly defrauded hundreds of thousands of donors in connection with the crowdfunding campaign, which raised more than $25 million.

The indictment was brought by prosecutors in the U.S. Attorney’s Office for the Southern District of New York.

“As alleged, the defendants defrauded hundreds of thousands of donors, capitalizing on their interest in funding a border wall to raise millions of dollars, under the false pretense that all of that money would be spent on construction,” acting U.S. Attorney Audrey Strauss said in a press release. “While repeatedly assuring donors that Brian Kolfage, the founder and public face of We Build the Wall, would not be paid a cent, the defendants secretly schemed to pass hundreds of thousands of dollars to Kolfage, which he used to fund his lavish lifestyle.”

According to the indictment, Bannon took at least $1 million to pay personal expenses.

This is a developing story. Check back for updates.

If these guys took the money for other reasons, including living a lavish lifestyle as the indictment suggests, I would be really disappointed in them.

Welcome to FR! I see you showed up at the beginning of campaign season...

Do you have a link to that? I sure would like to see it.

What other purpose should a court have?

Ukraine Corruptocratic failed state may well let old Jews starve. but I can’t see Russia or Israel doing so—I thinks its the Raccoon in the Trap trick used to scam—Sad to see Mike Huckabee endorsing this.

I’ve worked with Brian. He always came across as an unpretentious and laid-back man, self-deprecating, sometimes a bit too informal with his business practices, knew how to earn a good living. I believe this is one of the vehicles he owns, a pretty nice Ferarri:

He has suffered a LOT, and does have difficult disabilities. But he does have a pretty lavish life.

Lots of people with the rank of Senior Airman in the Air Force live that lifestyle. You should see how the Staff Sergeants live. 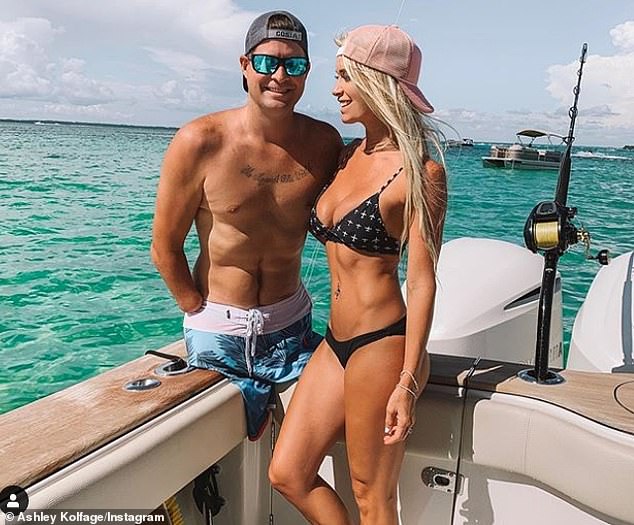 Husband and wife scam: Prosecutors say Brian Kolfage funneled cash to himself
to pay for boat payments, cosmetic surgery and tax and credit card debt, with his
wife Ashley, 34, getting cash which was concealed too. She is not indicted

I do not recall IF I got a refund.

I figured what the heck. It was worth the $50. Even as a symbol of what the people wanted.

114 posted on 08/20/2020 8:46:11 AM PDT by Theo (FReeping since 1998 ... drain the swamp.)
[ Post Reply | Private Reply | To 110 | View Replies]
To: TheConservativeBanker
We Build the Wall is a Florida not for profit corporation with a Texas mailing address. What is the rationale for SDNY having jurisdiction in this case? Go Fund Me is a California Company. Probably incorporated in Delaware. Does this create SDNY jurisdiction?

ONE person in NYC donated $5, once!

She is definitely NOT GUILTY!

Bannon accused Don Jr of treason and said no way he didn’t know what was going on at Trump tower meeting. Bannon did knife Pres Trump in back.

It’s amazing how investigations get quick arrests when they involve Trump people but Clinton and other Dems drags on for years and years.

So many Trump people taken down due to their own fault on political hits.

These indictments are but foreshadowing of those to come. Before indicting any seditionist conspirators, equality demands some pro trump indictments.

It is a gambit feint where the Winner looks three or four moves ahead.

Look up how he became a triple amputee.

Why ask "What" is he? Does it offend you that he is a breeder?