Snohomish County, WA – At least two hundred Black Lives Matter protesters descended on the private home of Seattle Police Chief Carmen Best in Snohomish County on Saturday only to be pushed away by the chief’s neighbors.

Protesters began arriving in the quiet neighborhood where Chief Best lives just before 7 p.m. on Aug. 1, the Lynnwood Times reported.

The police chief was not home at the time but witnesses said that neighbors saw unfamiliar vehicles going up and down Chief Best’s street and figured out what was happening.

So they set up a perimeter to protect the police chief’s home from vandalism and parked trucks across the street to block traffic, the Lynnwood Times reported.

The group of 200 protesters was made up mostly of white people in their twenties, dressed in black, wearing hoods and masks, and carrying signs that read “Black Lives Matter.”

The protesters screamed insults and profanities at the neighborhood residents, the Lynnwood Times reported.

The chief’s neighbors, Jamie and Whitney Roulstone, told KCPQ that there were 30 to 40 vehicles on their quiet street.

“It was not peaceful. They were here to intimidate. Scare people. Scare children,” Jamie Roulstone said. “There were children out there and they were asking them what schools they went to. They were yelling the most horrible things you’ve ever heard in your entire life.”

Other witnesses said they found the organization and tactics of the protesters terrifying, the Lynnwood Times reported.

“They were very organized,” the neighbor said. “They had radios, talking to each other. They had numbers they used to decal all their cars for who knows what. So, they were identifying all their vehicles individually by number. They came with a mission… They were out here intimidating us.”

When protesters carrying large dufflebags attempted to get to the police chief’s house, neighbors blocked their path and demanded to see what they were carrying, the Lynnwood Times reported.

Protesters refused to cooperate and never made it past the line of neighbor’s guarding Chief Best’s home.

“You’re coming to a small community. We see all these peaceful protests getting hijacked in Seattle and Portland and other areas,” Whitney Roulstone told KCPQ. “It just takes one Molotov cocktail, takes one person trying to light something on fire, one firework going off. Then we now have a neighborhood in crisis. We feared that more than anything, was having a crisis here in our neighborhood that we ultimately didn’t deserve.”

Snohomish County Sheriff Adam Fortney said the sheriff’s department was notified of the protest at about 8:30 p.m. and responded to the neighborhood but by the time deputies arrived, most of the protesters had already left thanks to the efforts of the police chief’s neighbors, KCPQ reported.

Sheriff Fortney said in a written statement that he had spoken to Chief Best and “assured her that the Snohomish County Sheriff’s Office would deploy whatever resources were necessary to protect her, her family, and her property.”

“The Snohomish County Sheriff’s Office has been supportive and accommodating to all peaceful protests that have occurred in our jurisdiction,” the sheriff continued. “With that said, protestors targeting one individual’s house is a bullying tactic that will certainly require an extra patrol response to ensure every resident in Snohomish County can feel safe in their own home, with their loved ones, no matter what they choose to do to make a living. If this group or any other group wants to protest the government, we would ask they do so at a government building and not at any individual’s private residence.”

Chief Best attended a neighborhood meeting on Sunday night and apologized for the chaos, KCPQ reported.

“She couldn’t believe what the neighborhood did for her,” Jamie Roulstone said. “She apologized that this even came here. I told her don’t apologize. We need to apologize to you that this is even happening. It’s unacceptable.”

“We admire her,” Whitney Roulstone agreed with his wife. “We see what she’s doing. She’s doing a great job. That this has happened, on her behalf here, we as a neighborhood are rallying behind her.”

Chief Best sent a letter to the mayor and the city council on Sunday night to address the incident, KCPQ reported.

“These direct actions against elected officials, and especially civil servants like myself, are out of line with and go against every democratic principle that guides our nation,” the chief wrote. “Before this devolves into the new way of doing business by mob rule here in Seattle, and across the nation, elected officials like you must forcefully call for the end of these tactics.”

Seattle Mayor Jenny Durkan finally called on police to tear down the six-block occupied area around the Seattle Police Department’s East Precinct known as CHOP after a mob swarmed her home to protest on June 28.

I’m thinking they were protecting their own homes, not hers.

Seattle residents slam proposals to defund the police as ‘a radical experiment.’ Best has been vocal of her opposition to defunding her department by 50%, saying the unproven idea would be a “tragic decision” that would be asking citizens to “to test out a theory that crime goes away if police go away.”

Seattle Police Chief Carmen Best is urging elected leaders to “stand up for what is right” after a group of protesters appeared outside her home over the weekend as pressures continue to mount over the enactment of police reform measures.

When asked about changing the current policing model, 62% of those surveyed oppose dismantling and starting over with a new model 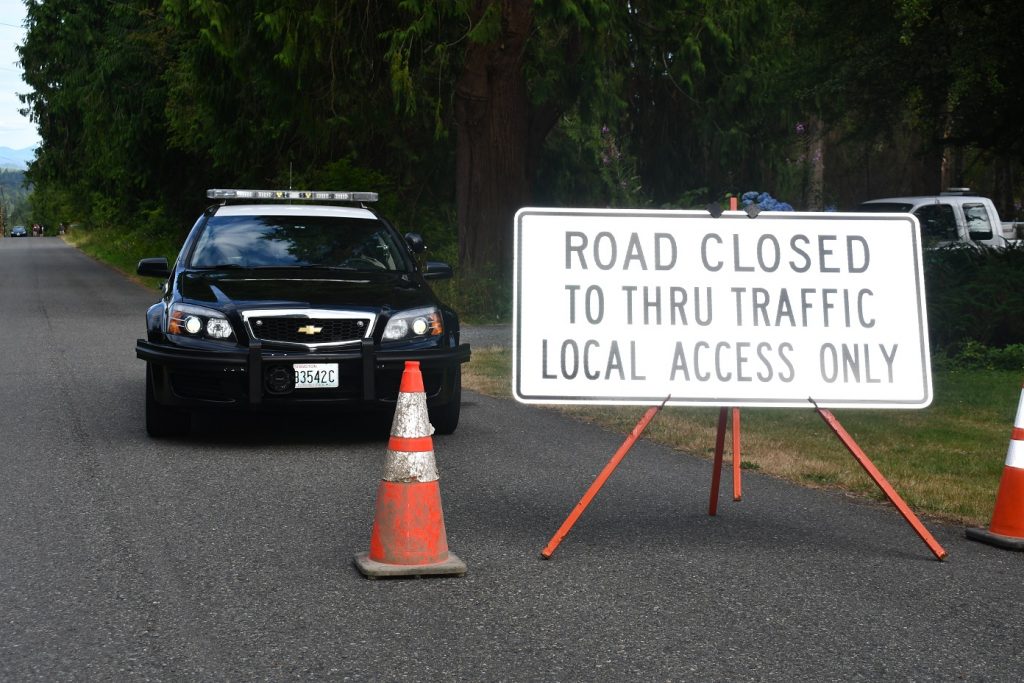 The Chief may be an affirmative action hire but she’s been on the right side of this.

‘They took pictures of homes and license plates’.

Probably have a supporter in the DMV. The neighbors better use their time well - doubt this is over.

Sadly, Chief Best will still likely still support further restricting 2A rights, or outright bans on them. Why? She hasn’t advised the people that she’s being forced to bail on to arm themselves.

No permit, no protest. Arrest them for domestic terrorism.

She seems like a good straight up cop to me.

The police should have been on the scene and checked those bags the protestors carried (you can legally do that if you suspect that they are carrying weapons of any kind).

Also should have demanded ids from those with the bags anad recorded the license plate numbers of any protestor’s vehicle. Civilians can do it legally and the police can in anticipation of law-breaking by out of town strangers with masks.

In my neighborhood, these punks would have looked like swiss-cheese if they took one illegal step onto private property carrying anything out of the normal (other than their balls and heads).

13 posted on 08/05/2020 1:34:15 AM PDT by preacher ( Journalism no longer reports news, they use news to shape our society.)
[ Post Reply | Private Reply | To 1 | View Replies]
To: UMCRevMom@aol.com
Looks to me like most of the Chief's neighbors are black and most of the 'blacklivesmatter' crowd are pasty white kids, and they are calling the black neighbors all kind of foul names.

I do not understand how these kind of black people {the people that have families and homes} don't flock to Trump in droves.

This kind of rioting and insanity might be the straw that broke the camel's back.

Maybe blacks will realize that the real racisssss are the demonRATs and that pubbies will treat them as individuals, not as a group.

They weren’t protecting HER. That’s my point.

They were protecting THEIR own.

And they used the very same instruments that she has no problem taking away from folks.

I have no doubt antifa has infiltrated many government agencies over the last few years in prep for this.