Here is a checklist for fans of the “greatest of all presidents.”

Where’s the wall — and is Mexico paying for it?

Where’s the deal with North Korea to end their nuclear threat?

Oh, didn’t he tell you in February the virus was going to magically disappear and then repeat it to you last week after more than 125,000 Americans died from it?

Now that’s a record of failure.

And here is one more question on empty promises for Trump’s biggest fans, white evangelicals:

Has Trump delivered for you after the Supreme Court’s recent rulings in support of gay rights and abortion rights?

Trump’s standing with evangelicals started fraying before the court’s decisions.

First, the failure to protect the country from the virus hurt him, especially with seniors.

Then evangelicals of all ages saw a lack of Christian empathy in his attacks on people standing together, across racial lines, to protest police brutality. “We’re one race and we need to love each other,” said Pat Robertson, a major evangelical leader.

To shore up his base, Trump is now resorting to open appeals to white racial grievance.

He has retweeted videos of black and white people fighting. Last week, he retweeted a video of a white St. Louis couple holding guns to threaten people marching for racial justice.

Putting fear into his white base — to get them back in line — can be seen in his damning comments on protestors. They are all “thugs,” and “hoodlums,” even as the instances of rioting are few amid overwhelmingly peaceful demonstrations.

Similarly, Trump’s strategy includes demonizing people pulling down statues of Confederate generals. He says they are “terrorists.” He refuses to admit the damage done by ever-present symbols of white supremacy, including the Confederate flag.

So, exactly which white people are the audience for Trump’s acid politics?

That means white evangelicals and white Catholics made up half of the people who voted for Trump in 2016.

But now several polls showing Trump losing to Democrat Joe Biden by a substantial margin. The decline is due to sliding support from white evangelicals and white Catholics.

“In March, nearly 80 percent of white evangelicals said they approved of the job Mr. Trump was doing, [according to polling by PRRI],” the New York Times reported in early June.

“But by the end of May, with the country convulsed by racial discord, Mr. Trump’s favorability among white evangelicals had fallen 15 percentage points to 62 percent, according to a PRRI poll,” according to the Times story, by Jeremy W. Peters. The article noted that Trump’s white Catholic support is down 27 points since March.

David Brody, the chief political analyst for the Christian Broadcasting Network, recently told Politico that “any slippage” of Trump’s support among evangelical voters would doom him to defeat in November.

Trump is potentially losing those few percentage points of evangelical support in a nation showing increasing support for the Black Lives Matter movement but also dealing, as Brody put it, with “everything from the coronavirus to George Floyd and Trump calling himself the ‘law and order president.’"

If evangelicals are the target of Trump’s racial grievance strategy, the bull’s-eye on that target are white people without a college degree.

Since the end of May, Trump has lost 15 percentage points of support among whites without a college degree, according to an average of polls by The Washington Post.

He had a 37-percentage point lead among those voters over Hillary Clinton in 2016. It is now down to a 22-point lead over Biden.

There is deadly political consequence for Trump’s reelection bid in those numbers.

The loss of those voters is a big reason behind a June New York Times poll showing Trump and Biden basically tied among white voters.

With four months to go before Election Day, all Trump can do now is ask his evangelical supporters to overlook his failures in exchange for more promises, especially continuing to pack the federal courts with conservative judges who are hostile to abortion rights and gay rights.

He thinks that promise will be enough to motivate evangelicals and Catholics to turn out for him.

“You won’t have religious liberty — you won’t have anything,” if Biden wins in November, Trump predicted in a recent interview with his former press secretary Sean Spicer, after highlighting his appointment of “two Supreme Court justices.”

If a few evangelicals decide a few more judges aren’t worth sacrificing their most cherished principles of Christian love and morality, they may end up voting for a white Catholic.

His name is Joe Biden.

Juan Williams is trying to make the case that there were good people at the looting and arson riots. Juan Williams stands united with violent bigots filled with hate.

If Trump loses it wont be because he doesn’t have the support of his base.

No one is voting for Biden.

Q: How many people does it take to ruin a good show?

Juan Williams is the only thing that’s Cracked

Where’s the wall? The democrats have spend 3 years taking him to court and fighting it... Does he think people haven’t seen that?

Obamacare? That too RINO help to avoid repealing that...

Trump was elected because BOTH PARTIES SUCK ASS and he was/is an outsider.

Gregg just gets so disgusted with Juan he can’t hold back his utter disgust!!! 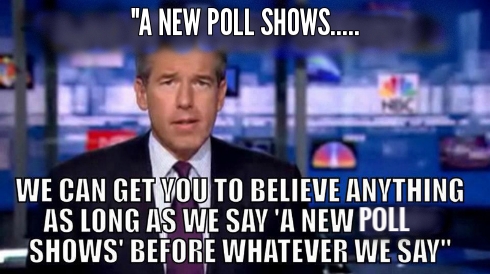 Not in your wettest dreams Juan.

I guess when you can check the black box The Hill will allow any Crock-Pot have a forum provided it comes from the left.

Juan is DREAMING this is the case. This is DELUSIONAL. Not going to happen.

Yet here you are commenting