Germany called on Israel not to annex the West Bank on Wednesday, saying the plans were “in contradiction with international law.”

The motion was brought in the Bundestag by the three parties in Chancellor Angela Merkel’s broad coalition and was approved without opposing votes. All parliamentary groups, aside from the far-right Alternative for Germany (AfD) party, warned that Israel’s plans to annex parts of the West Bank would jeopardize Israel’s security and hopes of a two-state solution.

In a dissenting voice, the AfD’s Anton Friesen said the annexation was in Israel’s national interest.

However, lawmakers said threatening Israel with sanctions over the matter would have “no constructive effect.”

The move, taken just as Germany takes over the EU presidency, greatly reduces the chances of European Union sanctions as it requires unanimous support from EU member states. …

This from a country that (1) killed more than 6 million Jews and (2) gave itself away to rabidly antisemitic muzzlimes. Germany: DROP DEAD, you sick pile of fecal matter.

Yes, this headline does read like something written by Woody Allen. 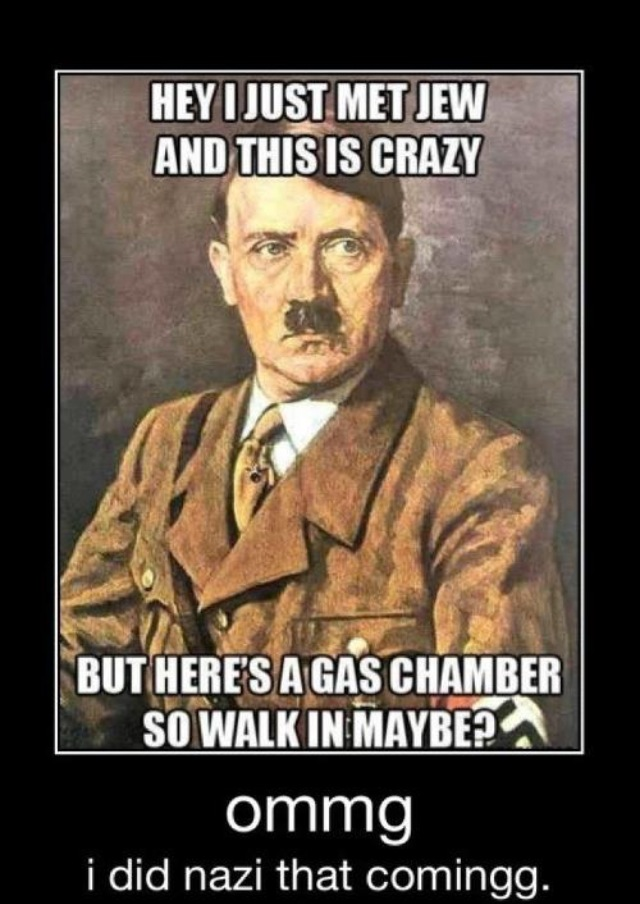 Hey Angie! Does Austria, Alsace-Lorraine, and the Sudetenland rings bell?

Hey Angie! Does Austria, Alsace-Lorraine, and the Sudetenland ring a bell?

The Hun is always either at your throat or at your feet.

The murder of 6 million Jews + 6 million Poles, Gypsies, Russians etc. by the Germans was done 75+ years ago.

They are a different country now. We cannot blame the grandchildren for the sins of the grandparents.

We can criticize their “call” — and note that it is just a “call” - not a formal statement by any means (Germany doesn’t do that for matters on Israel) and we should criticize it, but if you want to change the German view, it is important to not start off by “your granddads were murderers, end of argument” — I’d rather go and point out that there CAN be no two-state solution as the Arabs do not want a Jewish state.

So the only solution is what Israel is doing — it allows Arabs who want to become Israelis and live peacefully to LIVE in Israel - there is an Arab party, Arabs vote, pray, etc. with complete equal rights as Jews.

Those Arabs who don’t want to live in peace have to be moved - and that’s what Netanyahu is doing.

Maas—also known as The Pocket Napoleon for obvious reasons… 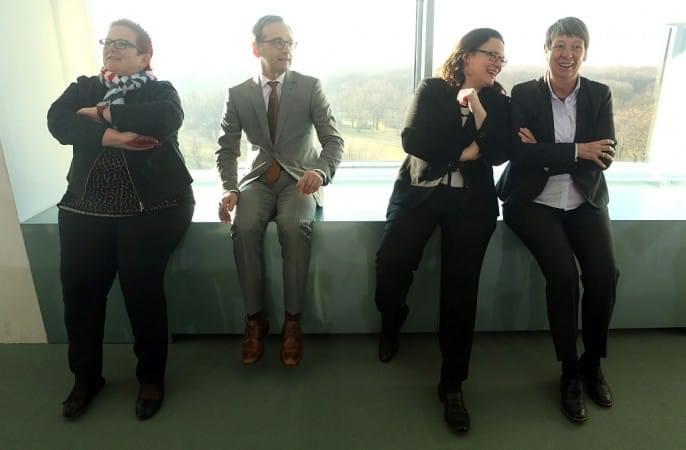 Who gives a scheisse what the Germans think? They speak loudly and incessantly and don’t even carry a toothpick.

And Israel cares because...?

Germany talking about Israel
Hmmmm why does that seem wrong ?

WE are a different country now. We cannot blame the grandchildren for the sins of the grandparents.

BLM does, and they were the grandparents too.

Yes, peace cannot be achieved when only one side, Israel, wants to negotiate for it and the other side wants eternal and unsuccessful violent struggle trying to take what they cannot get in negotiations. That means one side, Israel, is required to bolster it’s security in the absence of a negotiated settlement the other side does not want. If that requires Israeli control beyond existing boundaries that is something the other side could have always avoided, if they had accepted negotiations instead of perpetual war.

If you look at the state of Israel that declared its independence, the state the Arab nations went to war against, the state the Arabs have been at war against ever since, it’s 1948 boundaries the Arabs rejected, left more land in Arab control than at any other time since. Why? The Arab’s rejected any control of any land by Israel, so even a tiny Israel was too much. But the wars they conducted against Israel gained them nothing and raised Israel’s security requirements, which meant more secure border lines.

Leaving land under the PA control has not brought peace nor brought the PA to the negotiating table.

So whose fault is it that Israel wants to make the west bank more secure, controlling more of it themselves? The Arabs.

I’m really tired of the ‘peace’ nonsense.
How long has the effort been going on?
Several years ago it seemed to be achievable but alas, the Palis that didn’t want it stepped up increased the atrocities in Israel. Killed the thought of peace.
The Palis/Muslims have only one goal , push Israel into the sea.
The only way to prevent that is an iron hand.

Peace will be achieved when Israel destroys Hamas, et al and not before.

Ironic Germany thinks "peace" can be negotiated by a President in the 16th year of the 4 year term he was elected to. From the perspective of the local Arabs, anything Abbas negotiates is illegitimate on it's face

The Huns do not get a say in this matter.

Do I need to explain why, Angela?