Conservationists are claiming a small victory after the removal of a dozen trailers that would’ve housed crews working on a nearby stretch of border wall.

The trailers were hauled off to undisclosed locations after activists, residents and some public officials complained of a heightened risk of COVID-19 spread posed by the influx of dozens of out-of-town workers into Columbus.

“We take this as a win for our community and our families. We have bought some time, but we remain ever vigilant because they could very well move to federal public land and pop up again,” said Angel Peña, president of Nuestra Tierra Conservation Project.

Peña said state officials and some of the town’s leaders were instrumental in persuading a federal contractor to relocate the mobile homes.

Columbus Mayor Esequiel Salas on Monday said he didn’t have much detail on what happened...

TOPICS: Foreign Affairs; Government; Mexico; US: New Mexico
KEYWORDS: border; borderwall; immigration; newmexico; protest Navigation: use the links below to view more comments.
first 1-20, 21-31 next last
A small town drives out some good business to appease Leftists (the Mayor now plays dumb to avoid accountability for the loss he inflicted on local businesses). They will just move elsewhere and continue building the Wall anyway.

"Residents at one of the town’s two grocery stores said they’d heard some of the trailers had been moved near the Columbus-Palomas port of entry, while others were sent further west to Hidalgo County near the Arizona-New Mexico border."

"While the workers won’t be setting up camp in Columbus soon, work on the border wall continues. Border Report observed trucks coming in and out of construction area 25 miles east of Columbus, and new stretches of 30-foot-tall steel bollard fence now no more than 15 miles from the town.

I never took Spanish, but I'm guessing that "Nuestra Tierra" means "Our Land".

These people are still fighting the Mexican War of 1848.

Those of us who grew up on that border all took Spanish back in the day.

And the first trash you hear outta their mouths is this crap.

It’s what makes us relentless ANTI-immigration.

Texas and AZ first. When the wall is finished there do NM. Texas must be saved and it might not be too late for AZ. Let that rat bitch that runs NM try to deal with the illegals she loves so much.

The “Man Camp that was being set up for the construction workers, was right within the limits of Columus, NM, where Pancho Villa famously raided into the United States

Incredible. They're worried about "dozens of out-of-town WORKERS" but they're fine with thousands and thousands of FREE-LOADERS coming across the border.

Were I the ramrod of this construction crew I would declare Columbus “off-limits” in the present and future. If they don’t want us, we don’t want them. Spend the $ elsewhere.

11 posted on 04/21/2020 8:27:50 AM PDT by donozark (Sam Walton: It was paper when we started, and it's paper afterward.)
[ Post Reply | Private Reply | To 1 | View Replies]
To: BeauBo
The trailers were hauled off to undisclosed locations after activists, residents and some public officials complained of a heightened risk of COVID-19 spread posed by the influx of dozens of out-of-town workers into Columbus.

The very same protestors who want illegal aliens, with no medical screening, to enter the country. Makes perfect sense.

Close, it means our country.

I can’t say that I know the answer to that but it does sound familiar. Did you know that Tucson Arizona has a brass statue of that murderous, dirty bandits Poncho Villa right in the heart of downtown?

No doubt these good citizens would feel safer with MS13 in their neighborhoods than the construction crews.

After that part of the wall is finished.

ICE will have to make a lot of unannounced visits to that town, area and left wing politicians, ranchers and anyone who profits from illegals.

My spider sense says Columbus NM gov’t officials are on cartel’s payroll. Could be wrong, but . . .

17 posted on 04/21/2020 9:07:45 AM PDT by fastrock
[ Post Reply | Private Reply | To 16 | View Replies]
To: wmarshalllives3; hanamizu
Interestingly, the site of the raid in Columbus is named after the perpetrator--Pancho Villa State Park. And every March 9, they hold a parade to commemorate the raid. 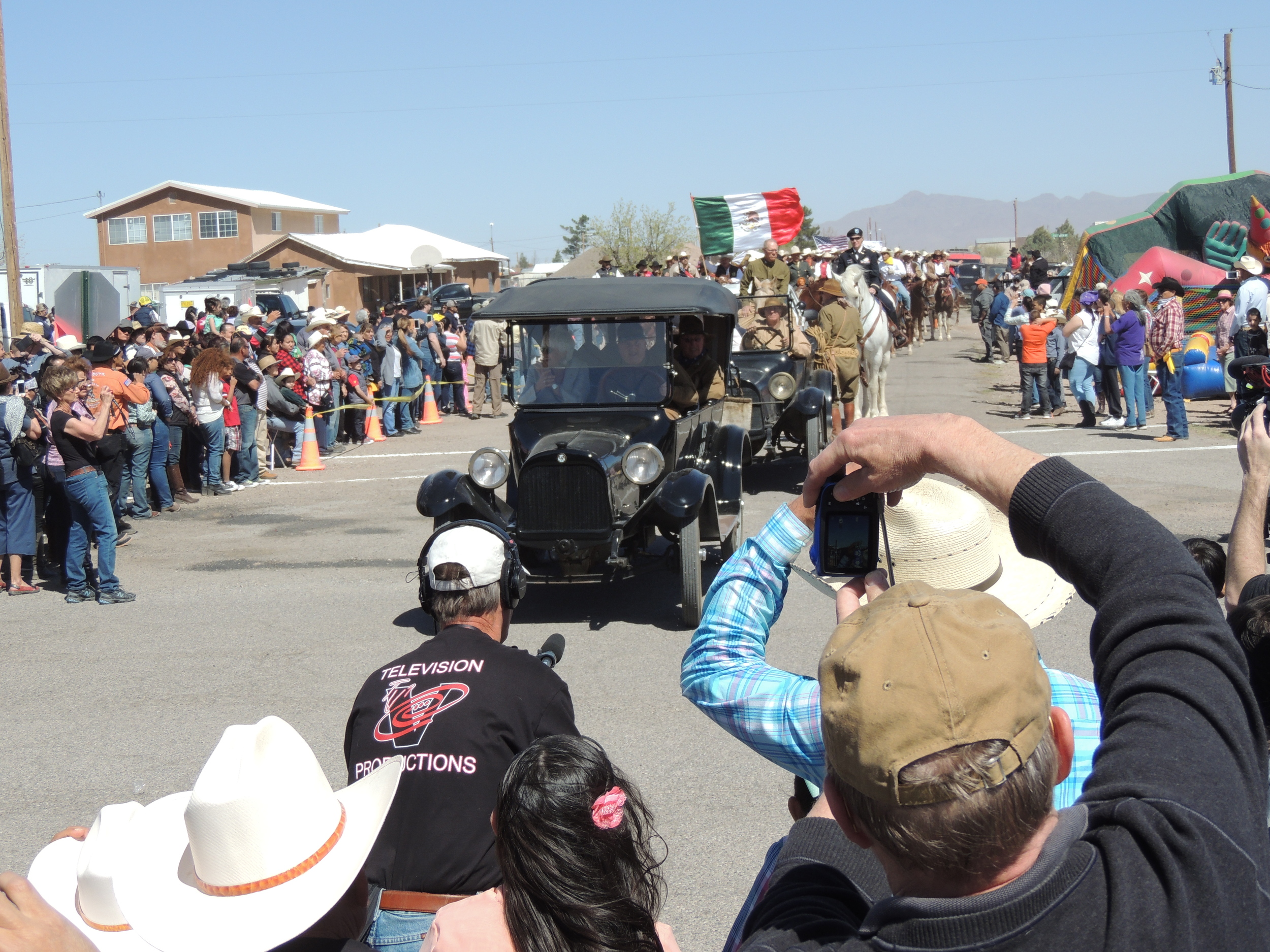 People always act like Villa’s raid just came out of nowhere. But a few weeks before he had government forces backed into a 180 against the US border at the Agua Prieta/Douglas Az . Woodrow Wilson let the Mexican army cross into America at McAllen Texas and move by train across Texas and New Mexico, complete with artillery. They disembarked at the Douglas Az depot about a mile from the border crossing. The Mexican Army marched straight into the perimeter and relieved the pinned down Mexican army. With fresh ammo, artillery and men they dealt Villas forces a bad blow and he had to withdraw.

But at that point, Villa decided if the Mexican army could operate in America, he could also.., and he attacked Columbus since he already had a dispute with a merchant there.

So basically Woodrow Wilson created the whole raid on US soil.

The unsung heroes are the US soldiers who set up belt feed guns and fought like hell.

And yes, Columbus today is virulently against the wall.

What stupid people. They’ll build the wall and move further down the line. President said the workers are being screened & tested. New Mexicans are dopey.