That famous line in the old movie, “Love Story” – the one Al Gore lied and said was about him and his ex-wife Tipper – that goes, “Love means never having to say you’re sorry,” was stupid at the time and remains stupid to this day. But if you tweak it ever so slightly, you end up with a truism that everyone needs to remember: being a Democrat means never having to say you’re sorry.

It’s true, being a Democrat in good standing means you can get away with damn near anything. Ted Kennedy killed a woman, sexually assaulted a waitress with a fellow Democratic senator (the famous “waitress sandwich,” look it up), and remains a hero to this day. Ted’s brother was known for violating anyone willing, like interns, and pushing them off on his friends. He was labeled a hero. And that’s just one family.

Once you get outside the Kennedys the same rules apply. Bill Clinton used his cabinet secretaries to lie on his behalf about his abuse of Monica Lewinsky and not a single one of them resigned in disgust. They were on the team, and he was their captain. Nothing else mattered.

That attitude remains. Sure, Bill Clinton was sort-of cast aside at the start of the Kavanaugh hearings, but it wasn’t serious. Liberals knew they were hypocrites, and having Clinton sitting there on the mantle, in a place of honor, was too much for them to brush aside.

Bill’s escapades were too well documented, plus there was DNA. That was the straw that broke the camel’s back. Proof beyond a reasonable doubt, not the scores of other women with their own stories, was all it took; his goose was cooked. Okay, maybe not cooked, but warmed up. If Democrats think they could squeeze one more vote or fundraising dollar out of him, they’ll roll Bill out one more time.

But Bill Clinton is the past. This is the new “woke” Democratic Party, right? They had “the most diverse field of candidates ever!” Of course, they narrowed that field down to two rich old white guys, but still… Just because they decided to “celebrate diversity” with more of the same doesn’t make them bad people, does it?

No, it doesn’t. They’re bad people for a whole host of other reasons. One of those reasons was on display this week.

Joe Biden, the presumptive Democratic Party nominee, has been credibility accused of sexual assault by a former staffer named Tara Reade. Don’t search her name on CNN’s website. As of this writing they have not done a single report about her and her story. They don’t care. Moreover, they don’t want their audience to know.

But audiences do know. Thanks to the Internet, the old liberal tactic of ignoring stories they don’t like can’t work anymore. And while CNN couldn’t be bothered, the New York Times and Washington Post rode to the rescue.

Both papers did stories on Reade’s tale, dismissing it out of hand. A stark contrast to their past “believe all women” attitude. Maybe it was because the story is too believable. There are a lot of areas of the Capitol building where Senators could easily corner staffers without being seen, and each has a “hideaway” office in private areas where they could take the willing ones.

Did Biden engage in the digit-assault he’s accused of? I don’t have any idea. But neither paper really wants to find out.

The Post spent half their story about Biden writing about President Trump. Why? Because the alternative would be to take the charges seriously in their own right, and they don’t want to do that. What Biden is alleged to have done is completely plausible. People in power abuse that power all the time, and men with willing partners often take advantage of those opportunities. Is it likely Biden is a sexual predator? I’d guess not, but I don’t have any idea. The Post made up its mind before it decided to cover it and wrote their story accordingly.

The Times, on the other hand, made clear they want readers to look no deeper into the story.

So pathetic was the Times story that they steal-edited an accidentally accurate line out of it because it made their presumptive captain look bad.

The original story contained the line, “We found no pattern of sexual misconduct by Biden, beyond hugs, kisses and touching that women previously said made them uncomfortable.” That’s a bad look for Biden because it’s true. Joe does have a long history of unwanted touching, kissing (not just on the lips, but the ears and neck as well), and rubbing up against women who weren’t happy about it, to say the least.

But shortly after that story was published, and that line highlighted by conservatives for its absurdity, it disappeared from the piece. No editor’s note. No acknowledgment that a change had been made. Just gone.

The New York Times had accidentally included a bit of inconvenient truth in their story and disappeared it almost immediately. That same day, completely coincidentally (I’m sure), ran an OpEd by Biden explaining what he’d do to re-open the economy. It was a pointless read, like any other Biden statement, consisting almost exclusively of Biden declaring the country must do a list of things it’s already doing (though you might not know that if you read the Times).

Of course, Supreme Court Justice Brett Kavanaugh got no such benefit of the doubt or favorable treatment. No charge was too outrageous to print for these papers. They were working hard to destroy his life and keep him off the Court. Which is more plausible: a senator would essentially proposition a staffer while putting his hands where they shouldn’t be when they were in a place no one could see them or a 15-year-old running widely attended gang-rape parties about which no one has ever said a word in the ensuing 35 years and everyone denies existed? That a former staffer and active Democrat would lie about their old boss to help a candidate she supported long after he’d dropped out, or someone unable to recall where or even what year she claims she was assaulted, who hired Democratic activists to represent her, and even her own friends said didn’t happen?

We know Tara Reade worked for Joe Biden. There is no proof Brett Kavanaugh ever so much as met Christine Blasey Ford. One story was blown up, the other brushed away. On accuser has been given awards for “courage,” the other is a punchline if she’s mentioned at all. Guess which was which.

Being a Democrat means you need not fear ever being held to half the standards you hold conservatives to. It also means never having to say you’re sorry. But make no mistake about it, Democrats are very sorry…just not in the apologetic meaning of the word.

Being a Republican means don’t ever try apologizing! Don’t ever try denying, either. You’re guilty guilty guilty. Now either walk the plank or whip out your sword and fight to the bitter end among the riggings. 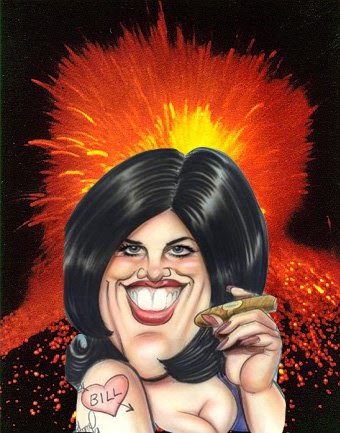 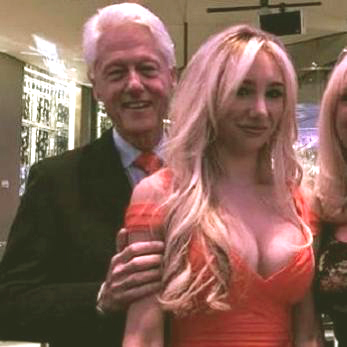 3 posted on 04/14/2020 4:24:09 AM PDT by Eleutheria5 ("SHUT UP!" he explained.)
[ Post Reply | Private Reply | To 1 | View Replies]
To: Kaslin
Imagine that Ted Bundy never got caught but went on to marry and raise a large family...yet he never curtailed his "special ways." The family not only knew about Dad's unique "hobby" but took it as a sign they could develop their own legacies (just like dear old Dad's).

The only rule (other than don't get caught, of course) is "never talk about your own special Bundy legacy to anyone outside the family."

And there you have the Democrats.

Its good to be an “above the law” democrat, young women and young black men drugged for sex murdered, mayhem, pedo sex, drugs, kkk leader, steal, rob, rape, gay lesbian transgender relationships, yes its good to be a democrat

Being a Democrat means never having to say you’re wrong or care just vote and shut up.