“They know they have NO ONE that can beat Trump anyway so it might as well be Bernie let that wing of the party go down in flames and be done with it!!! “

In 2016, it made sense to risk pissing off some die-hard Bernie supporters by stealing the nomination from him - since they were SURE Hillary would beat Trump.

It would be insane to steal it from Bernie in 2020, when they expect Trump to win. Hillary is a proven loser, Trump is a proven winner. He has all the advantages of incumbency and a strong economy. They would be pissing off Bernie supporters and have nothing at all to show for it.

Even the Democrats aren’t THAT stupid!

Took a lot of guts and GRAY MATTER for Bloomie to call Bernie a Commie.

122 posted on 02/20/2020 2:04:02 AM PST by a little elbow grease (... to err is human, to admit it unusual...)
[ Post Reply | Private Reply | To 6 | View Replies]
To: Dave Wright
Bloomberg has a simple but effective answer to all the critics like Van Jones. None of the other idiots on the stage has the slightest chance of beating Donald Trump. He had the sense to at least call out Bernie Sanders as a crackpot that the vast majority of Americans would never vote for.

The problem is he didn't demonstrate that in the debate. Bernie was unscathed by Bloomberg's "attack" Likewise the rest of the candidates.

Bloomberg completely flubbed his debate prep. What he needed was the same answer for every NDA, every stop and frisk and every horse faced lesbian: attack Trump, That's dirt simple and obvious. If he wants to get the "beat Trump" vote then he needs to attack Trump 100% of the time.

Instead he lied about when he stopped stop and frisk and Biden clumsily called him out on the lie. All Bloomberg could do was grimace. Those two old white men belong in a home, not on the debate stage. They can join Bernie there.

His entire performance was a blunder. He needed to attack someone other than the socialist Bernie. That other person was Trump. NDA? Attack Trump. Stop and frisk? Attack Trump. Instead he looked like a poor debater and lying weasel.

I hope she didn't stab anyone with her salad comb.

I watched as much of this nightmare as I could stand. Michael Bloomberg has only slightly better stage presence and charisma than Steve Forbes if you remember him. Bloomberg’s money scares me but his stage presence is a joke. If he can’t do better than he did last night it’s over. Feel the Bern!

Hillary will never play second fiddle on any ticket. Especially to a worn out old Communist like Bernie.

Unless she can waltz in at the 11th hour and become the nominee, she's not playing.

Bloomberg didn’t let me down, he sucked.

128 posted on 02/20/2020 4:06:44 AM PST by stockpirate (Anyone who believes Epstein killed himself is a fool)
[ Post Reply | Private Reply | To 1 | View Replies]
To: fella
Hitlery is lining up her super-delegates for the most cigar-smoke filled backroom of brokered conventions.

She oughta have plenty of these left over. 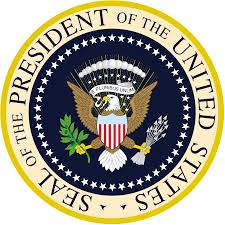 Based on the reviews from last night Bloomberg is the high school team that plays an awful schedule and when they hit the playoffs are hammered in the 1st round because they weren’t prepared. I don’t know why anyone is surprised by this.

Big Mike Obama was 100% clear early on that he had no intention of running; if you read his college papers online, you’ll see why. He is rich, and doesn’t have to work a day in his life again; no need to expose yourself to the attacks that come with politics - especially in the age of Trump (where kid-glove treatment from a fawning media won’t protect you from his tweets).

Hillary can barely stand, and big Dem donors don’t give losers a second shot - especially when they lose a race handed to them on a silver platter.

Sanders can’t support Bloomberg and expect to raise another dime; the two are so diametrically opposed. The Dems know there is no common ground between those two extremes.

I don’t think they can ignore Bernie this time; the 2016 race was close enough that his supporters could have made the difference, and with Trump making inroads with minorities the Dems need as many white lib votes as they can get.

They know this, and that is why the non-whites have all been purged from the stage already.

Sanders will be the first socialist to run honestly as a socialist leading the democratic party, a socialist operation.

All the others are also socialist. A socialist is known by their policies and not by their denials of being socialist.

Tone deaf perhaps, but factually correct more often than not... which of course means nothing to a leftist... if the facts don’t favor your world view you don’t state them you ignore and attack them

Yup. He took the money from Hitlery right after the debates and bought a new house asap. I remember it and it’s in the FR archive threads.

Bloomberg is pathetic. He has all the pizzazz of wet toilet paper. His short stature and Droopy Dog voice and mannerisms are like a black cloud on a sunny day.

I think we’re gonna end up with a Sanders/Warren ticket and it’s scary as hell.

Well he did do one thing right.. when he defended his 60 billion dollars and took task with a socialist lifelong government employee being a millionaire.

139 posted on 02/20/2020 8:17:06 AM PST by Almondjoy
[ Post Reply | Private Reply | To 1 | View Replies]
To: aquila48; Dave Wright
He might get Commie Bernie support but not the support of his true believers. I think most will stay home feeling completely betrayed.

Little Mike seems to have the same kind of "likeability" as Hillary, although he is not as foolish. If Bernie sells out again, will most of his fans stay home? I don't know, but maybe enough to hurt this "woke" ("enemy of my enemy") billionaire.

Do they hate Trump more than billionaires in general?