Bloomberg may not of self immolated, but about $300 Million is cash he spent just went poof.

Good thing he’s got more where that came from.

Soon the media will realize the more they televise bloomberg getting pummeled, the more money he gives them.

Its about to get ugly for mini-mike.

Non confrontational, passive aggressive Bernie is going to be the one that is going to appear above it all. 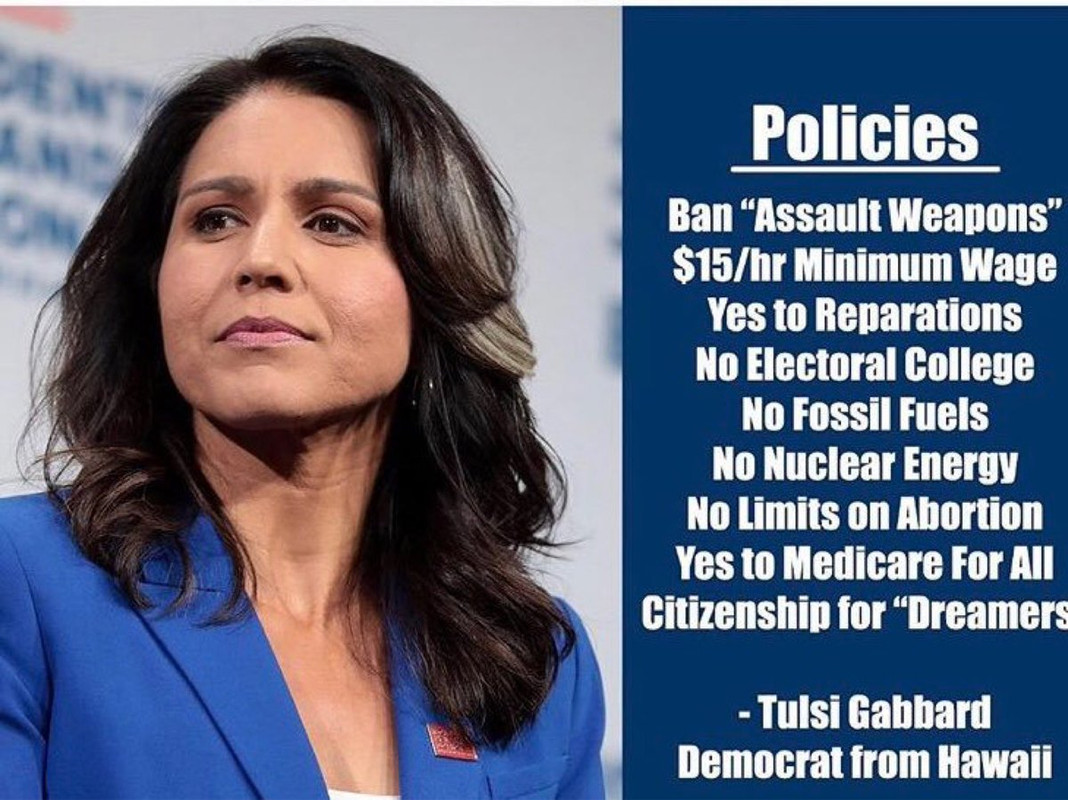 Didn’t watch the first half but would say Mike won it. He had some pretty good shots on Comrade Bernie and Ma Squaw.

Pretty funny line with the biggest socialist is a millionaire with three houses. Bernard lost it on that one.

What tax haven do you live in???

Bloomberg was apparently courting the socialist vote, because he just got publicly owned.

Gabbard is as left-wing crazy as the rest of them.

It’s amazing how many freepers think this leftist is a “moderate.”

I didn't think of that.

And neither did #LittleBigMike's ad guys.

How many Millenials and other ranks is THAT gonna p*ss off?

It’s satisfying to see those idiots attack someone besides the president! And Dumbberg deserves it soooo much!

89 posted on 02/19/2020 8:29:28 PM PST by luvie (The bravery and dedication of our troops in keeping us safe & free make me proud to be an American!)
[ Post Reply | Private Reply | To 1 | View Replies]
To: july4thfreedomfoundation
Gabbard is as left-wing crazy as the rest of them. It’s amazing how many freepers think this leftist is a “moderate.”

She earns respect and points for being the one and only Dem name to stand up to the DNC Establishment, especially Hillary, and for at least having 2-3 pro-American views. Yes, she is still on board for 98% of the Left's nutty ideas (she is representing hyper-Left Hawaii, after all), but I would open a door for her and buy her a coffee if I met her on the street... but not for any of the others, LOL

That does not equate to me thinking that she is a "moderate".

Mike was much better in the second half. Look for the exchange with Warren about releasing the women from their NDA’s. It is devastating for Bloomberg. The propaganda media may choose to simply ignore it, however.

He had a few good comebacks to Bernie, attacking him over his three houses was fun to watch.

But still hot AF despite her politics and acne scars.

She is the only moderately attractive one, so that influences some opinions.

A very entertaining debate, fun to see Democrats fight. Sanders vs. Bloomberg. Buttigieg vs. Klobuchar. Buttigieg vs. Sanders and Bloomberg. Biden fighting for relevancy. And Elizabeth Warren. I’d hate to see any of these individuals win.
But I have to say that Bloomberg acquitted himself well under pressure. Didn’t lose his cool, kept his composure and didn’t get caught in any traps. Most importantly, kept control of the agenda. I think if Bloomberg were the Democrat candidate, would be a formidable opponent for Trump.

I don’t think he will pull it off, but Bernie is the ONLY one of these clowns that has a chance against Trump.

totally predictable, actually ... Farmer Mike probably hasn’t faced serious criticism from someone whom he could simply fire and utterly destroy in at least 60 years ...