Though this may not be a representative opinion, I think Joe Biden’s decline turned into a power dive with his claim over the weekend of almost sole responsibility for the destruction of Robert Bork’s nomination to the U.S. Supreme Court in 1987. Even this was dishonest, as Teddy Kennedy’s savage attack, imputing to Bork the desire to banish women who sought an abortion to the care of butchers in back allies, carried more weight than did Biden, who as chairman of the Senate Judiciary Committee was supposed to show a modicum of impartiality. But they were both guilty of abominable mistreatment of a very distinguished nominee. Nothing else counted but the Kennedy-Biden surmise that Bork wished to ban abortions. This had its ironies, as both Biden and Kennedy often made a considerable display of their status as Roman Catholics, and as American public opinion has shifted, approval of unrestricted abortion at the taxpayers’ expense is no longer a political free lunch.

The fact that Biden remains triumphalist about his blackballing of Bork, along with his defensiveness opposite Senator Kamala Harris when she accused him of opposing general school-busing for racial balance in the 1970s even though it meant taking millions of schoolchildren out of their neighborhoods, show again how malleable Biden is. In other circumstances, it would be sad to see Biden gradually reduced from the status of a popular and somewhat respected former holder of a national office to his present pitiable state as the former odds-on favorite to an also-ran with neither financial nor popular support. It is usually distressing, at the human level, to see the implosion of the dreams and status of the elderly. On this occasion, distress is mitigated by his nastiness in the Bork affair, by his boast of having secured the dismissal of a Ukrainian prosecutor, and by his unbecoming complacency, as in his unctuous assertion that he would not comment on his son’s questionable activities in Ukraine, so as not to distract from the “guilt of the president” (as if there were any chance of Trump’s being guilty of anything raised in the nonsensical impeachment fiasco).

Biden’s decline is not altogether surprising either, since in his pursuits of the Democratic presidential nomination before he was vice president he never got any traction, and he had to abandon his campaign in 1987 after he was caught plagiarizing from British Labour Party leader Neil Kinnock that he was “the first person in my family in a thousand generations to go to university.” (A thousand generations back takes us to the Cro-Magnon era.) It was not such a lapidary phrase, nor was Kinnock such a substantial figure, to justify lifting the words as if they were original. And court-ordered school busing was an insane policy that he should have remained proud to have opposed.

This waffling is the affliction of the Democrats, not just of Biden. It is toe-curlingly embarrassing to see Michael Bloomberg apologize for the police policy of “stop and frisk,” the random search of people by police to determine if they are carrying unlicensed firearms. It was good policy and it reduced crime, but Bloomberg bugged out. In today’s Democratic Party, all pressure is from and toward the left, and Amy Klobuchar deserves credit for dissenting and expressing reservations about a presidential nominee who is a declared socialist. She is the only candidate in the Democratic fray who has raised a peep of concern about scrambling leftward like a frightened spider. She preserves, to some extent, the fine conscientious tradition of Hubert Humphrey’s Minnesota Farmer-Labor Democrats. Apart from her, this is a uniquely contemptible turn of events.

In 1972, when the Democrats nominated George McGovern, who advocated increased taxes, obligatory mass school busing whatever parents thought of it, and a peace in Vietnam that was, as even the New York Times acknowledged, more humiliating to the United States than North Vietnam was itself seeking, McGovern prevailed over Edmund Muskie and, to a degree, Hubert Humphrey, who stuck to centrist positions throughout the campaign. He lost 49 states and trailed Richard Nixon by a still-unequaled 18 million votes, but it was a contest of principles. In 1964, when Barry Goldwater won the Republican nomination against Nelson Rockefeller, he held to a narrow states’-rights definition of the constitutional prerogatives of the federal government, which effectively would have prevented the enactment of President Lyndon Johnson’s civil-rights reforms, but both Goldwater and the New York liberal Nelson Rockefeller stuck to their positions and allowed the primary voters to make a clear choice. Goldwater lost by 16 million votes, but he had made a principled stand, some of which was redeemed by Ronald Reagan 16 years later.

Now we have the Democrats, including Biden and excepting only Klobuchar, either at the hard left or hastening toward it. Trump holds all the responsible right and practically all the center. He was not venturing far into his “constructive hyperbole” when he told a packed crowd in Manchester, N.H., on Monday night that the Democrats are the party of high unemployment, high taxes, high crime, open borders, over-regulation, and late-term abortions. In 2016 Trump was given a hard fight by Senator Ted Cruz, who said in Indiana that “God told (him) to run for president” and largely pitched his campaign to the right, from the sophisticatedly wealthy to the wool-hats with M-16s on the rack in the rear window of their pickup trucks. And Hillary Clinton, with great difficulty and powerful assistance from the party elders and their hundreds of unelected super-delegates, kept the nomination out of the hands of Bernie Sanders and the far left.

Trump, whatever the caterwauling about his sense of etiquette and propriety, has run a centrist administration with tax policies similar to those of Kennedy, Johnson, and Reagan, and he has done more for prison reform than any modern president. He has stood his ground against the Green Terror, but his environmental record is very defensible and his civil-rights record is impeccable. He is far from a reactionary. The Republican Party is solidly ensconced in the center and the moderate right and has the solidity and unambiguous command structure of a Roman legion. The Democrats, barring a Klobuchar miracle, appear to be entering a death struggle between the Marxist left, all of the above plus reparations to African Americans, and the center left, if Bloomberg can buy enough delegates fast enough. He would balk on high taxes, nationalized health care, and probably open borders, though as mayor of New York he tried to finesse immigration.

As New Hampshire voted, the Democrats were down to a goal-line stand against Marxism. One that — unless Klobuchar can inherit the majority of the Biden vote, and thus become the party establishment’s candidate — will depend on the most magnificently bare-faced acquisition of votes in world history, with the blessing of the Clinton-Obama party establishment. That is likely the choice, between unprecedented alternatives: the stark repudiation of capitalism or its egregious coruscation in the outright pecuniary acquisition of the party membership. Both options will crack the Democrats wide open, and neither will unseat Trump, whose record is unassailable and who looks a lot more presentable and reassuring than Comrade Sanders or a human check-book. Bloomberg, at least, would make a respectable race of it, and if elected, would be a competent president.

As the country awaits special counsel John Durham’s treatment of those who tried illegally to influence and then undo the last election, it is hard not to be astonished at the descent of the Democrats so quickly into this abyss, as Election Day approaches again.

SOCIALISM
You have 2 cows.
The State forces you to give one to your neighbor, shoots the neighbor and forces you to milk them both, giving all milk back to the state.
The State gives you a cup of sour milk.

LIBERALISM
You have 2 cows.
The State takes both cows, slaughters them for their own food,
and taxes you to death for worthless social programs, for having
the animals originally.

LEFTISM
You have 2 cows.
The State terrrorizes the animals until they can’t produce milk,
beats you and your wife to death, and puts your daughters & sons
into the Pedophile Nation, for the Epsteins, Weiners, Clintons etc.

PROGRESSIVISM
You have 2 cows.
Progs advocate for advancements in science, technology,
economic development and social organization, but they’re so full
of bullshit, nothing ever changes.
You still have 2 cows.

MARXISM
You have 2 cows.
The government takes both and tosses you into a hog pen, where you’re devoured and never found.

COMMUNISM
You have 2 cows.
The State takes both and gives you nothing.
They shoot your family and put you in a gulag.

DEMOCRATIC SOCIALISM
You have 2 cows.
The State takes both, promises more free cows, lets you vote and gives you sour milk.

FASCISM
You have 2 cows.
The State takes both and sells you some milk.

NAZISM
You have 2 cows.
The State takes both and shoots your wife and kids.

ANARCHISM
You have 2 cows.
The State shoots the cows, you and your family.

CRONY CAPITALISM
You have two cows.
The State takes both, milks, slaughters them, and makes a tidy profit from the sale of choice meat cuts and fresh milk.
You get some lousy hamburger and a jar of sour milk.

BUREAUCRATISM
You have 2 cows.
The State takes both, shoots one, hires a sub-contractor to milk the other, and then throws the milk away.

CONTEMPORARY WALL STREETISM
You have two cows.
You sell one, bundle the other with a goat, a mule, and two dry cows.
You pile into the derivatives market, buy a Gulfstream
and when it all comes down around your ears...
You go to the government for a bailout.

TRADITIONAL CAPITALISM
You have two cows.
You sell one and buy a bull.
Your herd multiplies, and the economy grows.
You sell them and retire on the income. 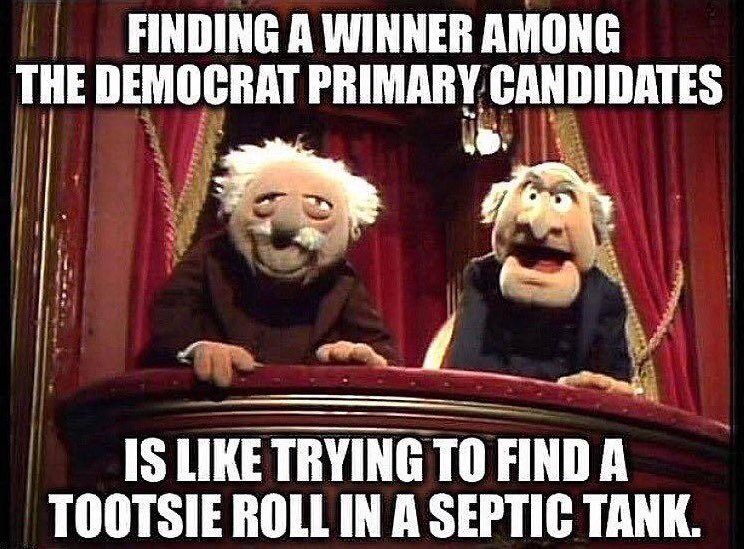