How much you want to bet this IS a WH set up!!! Bolton testifies and his testimony is the exact opposite of what this says!!! Trump plays these ASSHATS like a very fine violin!!!

The President is Constitutionally required to ensure that US laws are faithfully executed. Asking a foreign country to investigate whether a US politician broke US laws in that nation’s territorial jurisdiction clearly falls under that Constitutional mandate.

Also, read even more closely, note the word "preferred" here. That Trump "preferred" that Ukraine do something is far different than saying, as Dems allege, that Trump *conditioned* it. I don't think Bolton is helping Dems here (what a shocker, I know). pic.twitter.com/Wi4iDJBZK0— Aaron Maté (@aaronjmate) January 27, 2020

OMG when did you start believing ANYTHING that came from NYT our WP, I am SHOCKED!!!

CNN has gone into a bombshell feeding frenzy on this.

I think the president paused numerous aid packages until he felt the corruption was in check. Holding up aid to deal with corruption is the president’s job. I think the issue the dems are trying to make is that he held up aid to try and get dirt on Biden because he is a political opponent. There’s a difference.

and already denied by his publisher and by him.....

“Anyone still want Bolton to testify?
Romney does. “

They are obviously colluding, but they don’t have a good hand and if they were smart they would fold.

Does Bolton have an older brother back in Sicily who can be flown in to hear his testimony?

and already denied by his publisher and by him.....

I’m bettin’ a million bucks that Trump never used the word “democrat”, no once indicated “political”.

I bet another million he said “corruption” a dozen times.

DJTs worst pick, and he's had some real beauties...Bolton does remain a big hit among the perpetual war crowd.

That was awfully quick. Usually only real authors can come up with stories that fast. One of my top guys, B.V. Larson puts out a few books each year.

Everyone remember Bolton resuscitated the whole witness issue by volunteering to testify a few days before the “trial”. It is only logical to assume he plans to stab Trump in the back. This story was meant give Mitt what he needs to push the rinos back into the witness camp. Mitt needs to close door on this BS. I expect a non denial denial from Bolton about this story. No it doesn’t mean Trump did an impeachable offense. It’s a about getting the rats their witnesses. These bastards go one goal at a time.

Is his book as genuine as Schiff’s embellished transcript of the phone call?

I guess the dems have watched Rudy’s report on OAN, and watched his podcast about what’s coming on Biden. Time to muddy the waters. 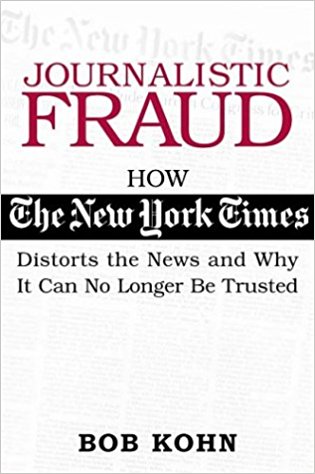 Well, since the word 'Democrat' cannot really be used accurately without the prefix 'Corrupt', and 'Democrat' is essentially a synonym of 'Corruption' (and also 'Godless Commie', for that matter), I can see how President's Trump use of the word 'Corruption' would make the Democrats feel offended that he was talking about them.

Or maybe the President just wanted them to investigate all the corruption that Hillary, Obama, the Bidens, the Pelosi clan and the Kerry family were involved in in Ukraine. Seems reasonable after what Joe Biden told the Ukrainian prosecutor about dropping the investigation into Hunter’s shady gas deal.