Leaked spy cables reveal how Iran came to dominate the political and military spheres in Iraq. Here’s what the hundreds of documents tell us.

The leak exposed Iran’s vast influence in Iraq, detailing the painstaking efforts of Iranian spies to co-opt Iraqi leaders and infiltrate every aspect of political life.

The trove consists of roughly 700 pages of reports and cables written mainly in 2014 and 2015 by officers in Iran’s version of the C.I.A. who were based in Iraq.

Many of the files show that as senior American diplomats met behind closed doors with their Iraqi counterparts in Baghdad and Kurdistan, their conversations were routinely reported back to the Iranians. A top political aide to a former speaker of the Iraqi Parliament, for example, was identified as an Iranian intelligence asset.

Satan’s children are not happy with each other? Shocking, just shocking!

21 posted on 12/05/2019 11:06:18 PM PST by MHGinTN (A dispensation perspective is a powerful tool for discernment)
[ Post Reply | Private Reply | To 12 | View Replies]
To: gleeaikin
Iran had alredy paid for weapons that we then did NOT deliver. More recently the case was being tried in international court with 3 US, 3 Iranian, and 3 neutral votes. It looked like we would loose

Well, we should have tightened it up then.

Seriously though, the Vox article is garbage. It is defending Obama for filtering Billions and cash and gold to the Iranian terrorists.

The "international courts" can go to hell. The Iranians are a rogue state. The stormed our embassy, took our diplomats and Marines hostage, stole our property, funded terrorism all over the world, murdered US and Israeli citizens, etc. 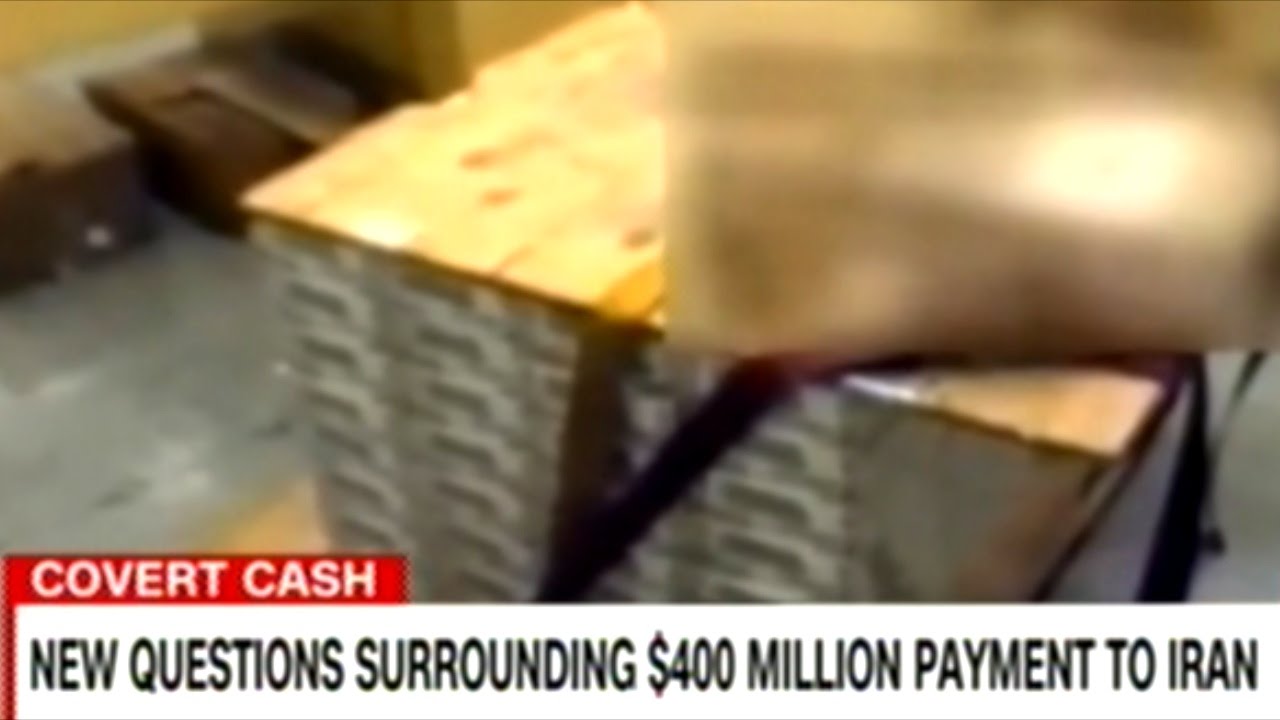 Hey, Mr. Barr. It was illegal for a President to send $1.7 Billion in cash to Iran. He had no Congressional approval. Furthermore, U.S. Court rulings said that any money "owed" to Iran belonged to U.S. victims of Iranian terrorism. You interested in any of this?

"Never gotten over the fact that Obama was able to send $1.7 Billion Dollars in CASH to Iran and nobody in Congress, the FBI or Justice called for an investigation! — Donald J. Trump (@realDonaldTrump) February 18, 2018"

I find that phrase most interesting. In the Bible the phrase is used to describe Satan. It made no sense. What is the power of the air ? I never heard anyone question it.

But today, we know (or should know) exactly what the POWER OF THE AIR is.

24 posted on 12/06/2019 6:30:52 AM PST by UCANSEE2 (Lost my tagline on Flight MH370. Sorry for the inconvenience.)
[ Post Reply | Private Reply | To 19 | View Replies]
To: UCANSEE2; RushIsMyTeddyBear; metmom; CynicalBear; SkyPilot; tuffydoodle; tang-soo; righttackle44; ..
There's a spirit behind all of it. Call it a demon, call it the spirit of Satan; I call it the spirit of antichrist. Shaping the world for when Satan's Antichrist manifests.

This is that spirit that is working in these people nonstop. It has really taken off since the Lying Kenyan (AND his friends) made Isaiah 5:20 really come true.

The funds should have been held in trust until a legitimate elected government comes to power. The reason Obama did it was most likely to make it that much more difficult for those protestors interested in toppling the Mullahs to establish a government and plan and fund elections.

I doubt the Obama admin was ever seriously fighting the case in the international court. If the deal had been a reasonable one to ‘save us money’ as is claimed Obama would not have had to go through the lengths he did to do an end run around congress and would not have used the fund he did- which was NOT the Iranian account but was from an emergency account funded with US taxpayer’s money. Nor would he have had to launder the money into various other currencies...instead congress could have made an exemption for the deal so that the gyrations and wiggling over sanctions violations would be unnecessary.

Holding that money for a legitimate government sounds interesting. Did you read my link in Comment #16. That article said we could not use US dollars to pay the money to Iran. Rather we had to gather up non dollar money that had come into our possession overseas. This should be easy enough to check from other sources if you don’t trust my link’s publisher. Many years ago I worked for an NGO with offices in South America and the Caribbean. We had AID contracts in various countries. When we had to fund a local program we had to use “counterpart” funds, which were non US dollar money which our embassies had in their possession. Sounds like still the same law in effect used for the Iran payment.

All I know is that pallets of cash were sent in the dead of night by plane to Iran’s mullahs.

Obama helped. Showed them how to use social media to organize. Used teams from Google and Facebook to inject Arab Spring.

Now the Iranian People are doing it, and the Iranians are screaminbg foul!

Iraq is done.Iran is using Iraq as a platform to invade Saudi Arabia.