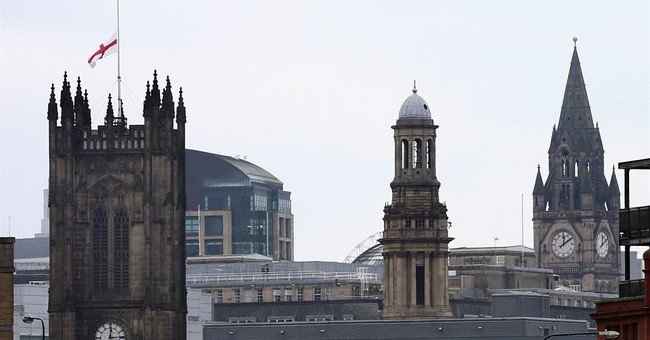 "That the conduct of England with regard to America has been altogether unjustifiable."

This was the resolution the Debating Society at Marlborough College -- the British prep school later attended by the current Duchess of Cambridge -- took up on Oct. 23, 1865. Edward H. Moeran argued against the proposition and won -- with 18 judges voting for him and only 8 voting against.

Fortunately, he was not as persuasive when he later tried to terminate American football.

Moeran, born in Ireland, captained the rugby and cricket teams at Marlborough and then attended Trinity College Dublin. In 1870, he moved to the United States.

He was admitted to the bar and practiced law in New York.

In 1882, he worked with a group of British expatriates to launch a crusade against the type of football then played at Harvard, Yale and Princeton.

Their proximate inspiration was the 1881 Princeton-Yale game.

That game -- perhaps the most tedious in the history of college football -- was a product of Princeton's three-year strategy to maintain what its partisans considered a plausible claim to the college football championship.

The earliest intercollegiate American football games including the two Princeton-Rutgers games of 1869 were more like soccer than the game Americans know today.

Then, in 1876, players from Yale, Columbia and Princeton agreed to make their game more like rugby -- which Harvard had already started playing. "The British Rugby Union code of rules was adopted with a few exceptions," wrote Alexander Weyand in "The Saga of American Football."

Over the next five years, as this column has chronicled before, these colleges used the rugby-style rules and then evolved away from them.

In 1878, Princeton beat Yale and won the championship. In 1879, Princeton and Yale played to a scoreless tie and Princeton was declared champion -- "on the peculiar grounds," Weyand wrote, "that Princeton had not been beaten and so retained the title won the previous year."

"British Rugby rules prevailed for the last time in 1879," he wrote.

Prior to the 1880 season, the players held another rules convention. Walter Camp of Yale successfully proposed letting one team take possession of the ball and run what were essentially the first discrete football plays by snapping the ball back from a scrimmage line.

But there was no limit to how long a team could keep the ball.

In 1880 and 1881, Princeton again played Yale to scoreless ties, with Princeton taking legalistic advantage of loopholes in the evolving rules.

In the 1881 contest -- known as "the block game" -- Princeton held the ball for most of the first 45-minute period, and Yale held it for all of the second.

"(N)early everyone," said a history of Princeton athletics published in 1901, "was surprised to discover that the new rules that were to accomplish so much to prevent a tie, made the very game that should have been the finest of the season, a farce, a continuous tussle, and an utterly uninteresting display of slow, common-place play."

More rule changes were needed -- and Edward Moeran thought he knew what they should be.

"A number of British foot-ball players witnessed the game in this city last Thanksgiving Day between the Yale and Princeton teams, which was declared a draw, and found what they considered serious objections to the game as played by Americans," reported The New York Times.

"They at once organized a club with the name of the British Foot-ball Club, and adopted the Rugby rules, which they regarded as the only proper ones," said The Times.

Moeran was a leader of this club.

"Pursuant to an invitation of the British Football Club delegates from the football clubs of Harvard, Yale and Princeton joined the members of the club in conference last evening at a meeting at Delmonico's, Mr. E.H. Moeran, vice president of the St. George's Cricket Club, in the chair," reported the New York Herald on April 9, 1882.

"The object of the meeting," said the Herald, "was to discuss the Rugby Union rules, with a view to a mutual agreement as to a uniform code of rules for the ensuing football season."

"Mr. Moeran, who presided," reported The Times, "said that he had only seen two games in this country, and if those were a sample of the way in which the games were to be played it would be better to crush foot-ball in its infancy."

"He asked the Americans to adopt the Rugby rules," said The Times, "but the Americans, speaking from practical experience, disagreed with him."

Representatives from the Harvard, Yale, Columbia and Princeton teams then had another meeting in New York.

"This was called to consider amendments to the rules, and particularly to see if the 'block game' could not be done away with," the New York Tribune reported on May 1, 1882.

"A proposition to adopt the English Rugby rules was unanimously rejected," the Tribune said.

This rule was accepted: "If in three consecutive runs and downs a team shall not have advanced the ball five yards, or lost ten, they must give it up to the opposite side at the spot where the fourth down is made."

It was then -- 137 years ago -- that the uniquely American game of football was born.

Our game may have descended from the British game of rugby, but it declared its independence in 1882.

TOPICS: Culture/Society; Editorial; United Kingdom
KEYWORDS: greatbritain
So there you have it. This is how American Football was born
1 posted on 11/27/2019 4:03:03 AM PST by Kaslin
[ Post Reply | Private Reply | View Replies]
To: Kaslin

And today it is a tool the left controls, and utilizes to great effect, to keep American conservatives glued to the couch, while at the same time broadcasting leftist propaganda in a direct feed to the brain.

The left is winning on their revolution because of American Football.

...and so now it ends. Thanks Conlin.

Geez man, lighten up. Can we escape politics for 2 minutes please??? I would hate to sit and watch my thanksgiving trifecta of games with you.

The left never quits in their revolution. That all-weekend break you want to watch your precious football games, the left is out there protesting for their side, advancing their issues, beating up conservatives, and impeaching the President.

Nothing wrong with American Football. It’s the current NFL. There have been other organizations regulating football in the past.

I have a Brit friend that insists that “American footballers are p***ies!”

Given what the Ravens did a couple of years ago over at the exhibition game or whatever it was, kneeling for our Anthem and standing up for theirs, I now have to agree.

Pro football is dead to me.

7 posted on 11/27/2019 4:58:26 AM PST by sauropod (I am His and He is mine)
[ Post Reply | Private Reply | To 1 | View Replies]
To: sauropod
American football was born when those Ivy League sissies got tired of getting kicked in the face when already down. This was, and still is, a consequence of the continuous play nature of rugby. The ball is always live (unless it goes out of bounds, which leads to a throw-in as in soccer). If a ball carrier is tackled and can't pass the ball off before a dogpile is formed, rugby then resorts to a scrum, which is more tedious battering.

The American sissies decided that the ball would be dead once the ball carrier was down. Rugby was meant to be played by hooligans or, when at English boarding schools, the future servants of the Empire, many of whom would be soldiers in the back of beyond. Ivy League football was meant to be played by young gentlemen, future doctors, lawyers and investment bankers, who disliked the broken noses and missing teeth that are the stigmata of rugby players.

So: American football broke with rugby by whistling the play dead once the ball carrier hit the ground. This ended continuous play and produced the down and distance system. The rest is history. It took a little experimenting to get the rules right.

Ending continuous play, of course, ultimately yielded the commercial break, an unintended consequence that has now devoured the game. Rugby has held up better, as has soccer, because it is harder for tv to corrupt.

So we got our football and they got to own us thru the central bank system as operated by the City of London. Bread and circuses.

Yale Football created lots of new rules for football and the Yale Bowl was the inspiration for the Rose Bowl... 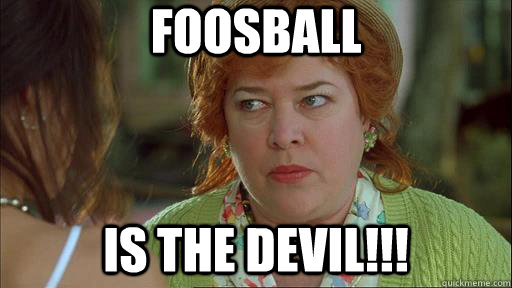 I have a Brit friend that insists that “American footballers are p***ies!”


Over the last few years I’ve taken to watching Premiership Rugby from England. They play a game very like our football in what amounts to soccer uniforms—no padding, helmets etc. It looks to be a very tough game. No commercial breaks, no forward passes, no blocking and whatever happens on the front row of a scrum I don’t want to think about.


Interestingly, the last Olympic gold medal for full-on rugby was won by the US in the 20s. Our team was made up of college football players so the two games still weren’t all that different.

Rugby is a wonderful game!
I played it for 15 years after college.
Believe it or not there are fewer knee & head injuries.
Reason fewer knee injuries, primarily because there’s no blocking. Fewer head injuries is because with no helmet you can’t use your head as a weapon.

Rugby is a wonderful game!


I agree. Players have to be able to play both offense and defense. And the players on the field pretty much decide how the game is to be played (although I have noticed the water guys tend to be big and burly, have earpieces and often have long conversations while dispensing water). The nature of the game means that big guys as well as smaller ones can have a place in the game.

No mind is too great or body too small to play rugby!

“Games played with the ball and others of that nature, are too violent for the body and stamp no character on the mind. Let your gun therefore be the constant companion of your walks.” — T. Jefferson

American football has led to an evolution of the athlete into a specialized collection of specimens. Huge Polynesians on the line, fast rectangles of muscle as linebackers, and a cross-breed of muscled cheetahs at corner and safety.

I like Rugby, but let’s be honest. They don’t hit anywhere near as hard as the hits in Football.