Garrett made the allegation during an appeal hearing with the NFL on Wednesday, sources told ESPN's Josina Anderson and Adam Schefter. Rudolph has strongly denied it.

"Mason vehemently denies the report of being accused of using a racial slur during the incident Thursday night in Cleveland," Steelers spokesman Burt Lauten said in a statement. "He will not discuss this accusation any further and his focus remains on preparation for Sunday's game against the Cincinnati Bengals."

“The sheriff is near”.

Garrett is a ghetto brawler and a liar

He should be banned for life not only for his conduct but also for the accusation. That is serious stuff that can destroy a man’s reputation.

Sure. He hurled “racial” slurs because he knew the 54 black teammates of his would be okay with it. 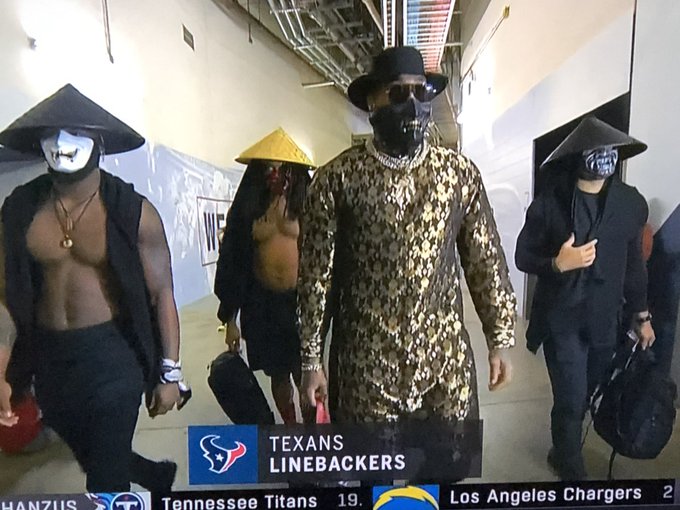 What a shame, Myles tries to hide behind ‘racism’. He has just forfeited any integrity he may have had. What a coward, to try playing the race card as a defense for his behavior.

I always make fake accusations when there are 6 cameras, 5 mics, and 4 witnesses present.

Did they search the audio files or do they mean nobody dropped it in their laps?

Just when I was starting to feel a grudging respect that he had admitted his mistake and would take his medicine like a man he goes and pulls this chickensh*t BS. I hope he gets banned for life.

Well... It was worth a shot, anyways.

I wouldn’t watch an NFL game if you paid me. What did you expect would happen when you disrespect the United States of America? That player should be banned for life and his salary confiscated. Plus jail time.

I’m sure he’ll get a second free college now....

There is always a career in RAP.

Shunned by your own race must feel nice.

So what if he had? Would that mean Garrett was off the hook for criminal assault?

Mason Rudolph should sue him for defamation.

There is no freedom to destroy people.

This is a serious accusation, it is a hate crime with serious ramifications.