BORIS Johnson has appeared to have achieved the impossible by taking back Labour heartlands as early general elections polls today revealed voting intentions for the north west of England have shifted to Tory paving the way for a landslide win thanks to support from the south and the Midlands.

Pollster YouGov showed Labour support is collapsing in the north, with prominent industrial counties - some of which that have voted Labour for decades - Cheshire, Cumbria, Greater Manchester, Lancashire and Merseyside now jumping ship to Tory in a spectacular show of support for the Brexiteer Prime Minister. The poll shows a drop in support for Jeremy Corbyn by an eye-watering 25 points compared to a drop in numbers for Mr Johnson by just three points. This puts the Tories on 33 percent in the stubborn region that voted overwhelmingly to leave.

The Lib Dems are at 17 percent, up 12 points since the last electoral in 2017 and Nigel Farage’s Brexit Party are up by the same amount.

Support is at 14 percent for the Brexit Party.

YouGov said: “The Labour vote has taken its hardest hit in the North West, with support for the party falling by a massive 25 percentage points to 30 percent since 2017.

“Worse still for Labour, this now puts them behind the Conservatives in a region the party considers its own.”

The Midlands, east and west, and the South East and South West of England appear to be safe seats for the Conservatives, according to the data taken from 17 October to 4 November.

The Tories have faced a colossal battle for years over the north of England, which was largely down to the deep divisions caused by the late Margaret Thatcher.

This was largely down to the decline of shipbuilding, steel and mining during Mrs Thatcher’s time as Prime Minister.

The result of this is that Labour has thrived and the Tories have consistently failed to gain the trust of the north.

The shift in voting intention in the upcoming election on December 12 could be the end to the long-standing north-south divisions that have continued to plague Britain since the 1970s.

That said, much of the North votes leave, with many angered by Mr Corbyn’s flip-flopping on his Brexit stance.

In the north west, Copeland, Richmondshire, Lancaster, Craven, Preston, Ribble Valley, Blckpool and Fylde are just a handful of constituencies that voted to leave in the 2016 EU Referendum.

Many of these regions were thought to be voting for the Brexit Party, though it may now appear Mr Johnson’s deal could be more more attractive to them in comparison with Mr Farage’s efforts to leave the EU without a withdrawal agreement in place.

Mr Corbyn claims the UK should have a second referendum, or a People’s Vote on Brexit, where remaining in the bloc should be one option to be considered.

This has sparked fury in Brexiteers far and wide.

Goods to see a ‘proper’ Englishman can win an election in Great Britain. He has the stamp of a Churchill in the making.

All of the UK is.

25 posted on 11/08/2019 2:28:44 PM PST by LesbianThespianGymnasticMidget (TRUMP TRAIN !!! Get the hell out of the way if you are not on yet because we don't stop for idiots)
[ Post Reply | Private Reply | To 23 | View Replies]
To: newzjunkey
We need a new nationalist pro American worker party.

Why? Because the Democrats are plain looney leftists and the Republicans are corporate globalists that simply want to maximize profits by offshoring ALL industry eventually and replacing American workers with 3rd worlders. They do this for fun, manipulating workers like that. They keep us off balance and apprehensive with this LEGAL immigration invasion. If this 'global' capitalism most are rejecting it, especially the young ones. YOU CAN'T SIMPLY BLAME INDOCTRINATION THERE IS TRUTH IN THE LEFTIST WORM TONGUE tactics. 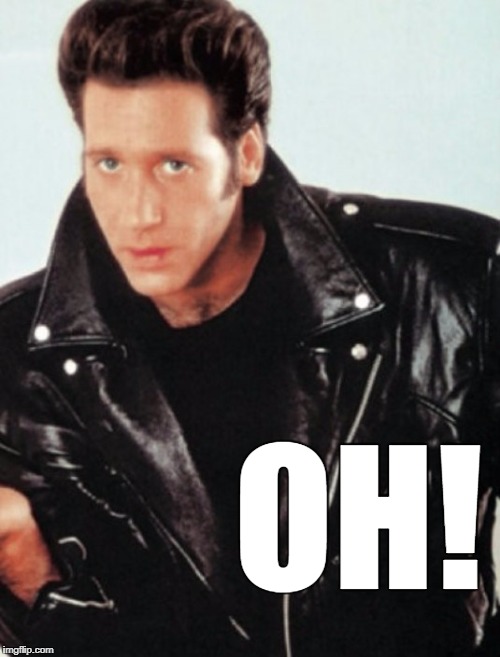 I'm sick of being told "America is abandoning our leadership role in the world" every damn time Trump refuses to pay for something.

Not that I CARE...I just wish I understood it.

I started out really trying to...and I really cannot see a downside to GB leaving the crap EU, but all this other stuff just leaves me scratching my head.

My last real understanding of the situation was that the citizens voted and that vote was to leave the EU.

Apparently, some "powers-that-be" have decided that the people really didn't know what they wanted...or something like that.

Much like the assholes here that think 62 million voters REALLY didn't mean it when they voted for Trump.

He has the stamp of a Churchill in the making.>>>>

The legends say that in time of need Britain will always produce an Arthur. The Queen seems to like him.

The EU was formed as a globalist/commie pipe dream. They were sold as an economic union but have been usurping all kinds of power and sucking money from rich member countries and subsidizing poor ones (but robbing them too). GB people had their fill of these jerks and voted to leave. Globalists in GB and the EU have been fighting tooth and nail for them to stay and are the same sort as are going against Trump.

That is it in a nutshell. That made me laugh so hard that I actually farted! You can find the funniest photos Fred.

The comedian was Phil Wang. I’ve seen him once or twice on YT reruns of “8 out of 10 Cats Does Countdown”. Thanks LTGM.